In addition to playing the official Fantasy Premier League game, FantasyYIRMA are taking part in The IEFSA draft league now in its second year.

After a successful first season, the IEFSA is back for a second season. Before we get into the next Qualifier League and the Gameweek 2 results, here is a quick reminder to what the IEFSA is. The International Expert Fantasy Soccer Association (IEFSA) is a head-to-head FPL league where 16 of the game’s biggest experts (Ed: We are in it so that statement is questionable to say the very least!) are competing against each other to win money for charity. Each expert is paired up with a youth organization and will earn a donation for the organization based on where they finish in the table at the end of the season.

However, because just watching others compete in FPL is not anyone’s idea of fun, we have also allowed the general public to test their skills against the experts. A series of games over the course of the season has been designed to take you through all the emotions of an actual football club. You will have the opportunity to “earn promotion” into the exclusive head-to-head Challenger League. Once there, a finish in the Top-4 will win you a spot in the Cup Holder’s Cup (a round-robin style tournament set up similar to the Champions League) where you will compete against the Top-4 expert teams as we determine a World Champion. Three teams earned promotion during the Gameweek 1 Qualifier League.

Another three teams can qualify during the one-week Gameweek 5 Qualifier League. Sign up today at Fantrax to begin your journey! 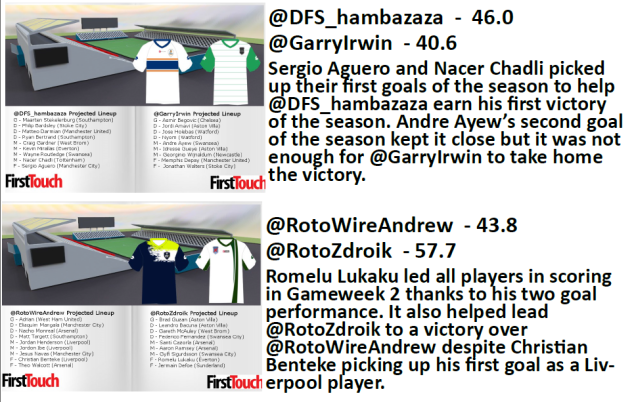 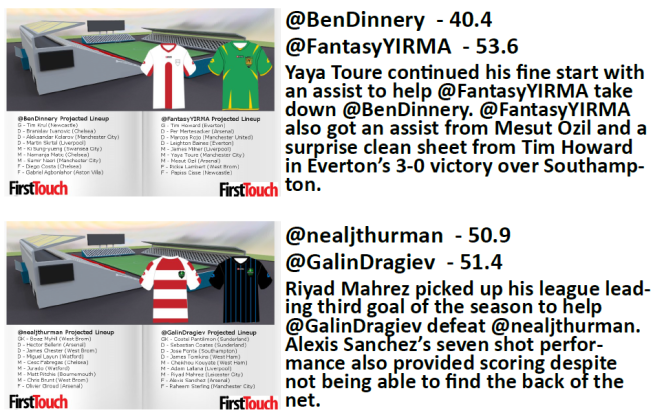