← Everton v Arsenal: LINEUPS and Preview
Off the Mark: Liverpool must seize the moment, because who knows when it’ll come around again? → 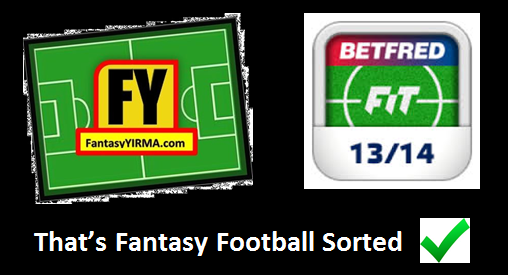 We did toy with the idea of running an individual Champions League game… But realistically we already struggle to keep up to speed with the Hollyoaks omnibus as it is!

That’s why FantasyYIRMA recommends Fantasy iTeam if you are looking for Champions League Fantasy Action.

Check out their free app and start building your UCL fantasy squad! You can sign up for free here – http://bit.ly/FiT_App

Champions League – Who will Qualify?

First things first, congratulations to our GR9 winner, Martin Hurst. It was a very tough round, and 73 points was enough to secure the FiT Manager of the Gameround prize. We will be in touch soon, to discuss how you want to spend your £150 voucher, well done!

For me, there is only one tie that has already been decided – Real Madrid WILL go through. Not even the return of Lewandowski can help Dortmund recover from their 3-0 drubbing. They will be without the suspended, Kehl for the 2nd leg, and still have many injury concerns. The main worry for Real, and for FiT managers, is the availability of Ronaldo. He limped off after 80 minutes, and whilst not serious, Ancelotti mentioned the dreaded ‘rest’ word. We will update you when we know more.

Unlike some people, I think this one is far from over. Torres will score a hat-trick and take Chelsea through… ok, that won’t happen, but I still think Chelsea can do it. Cavani was disappointing last night, and Ibrahimovic is OUT of the 2nd leg with a hamstring injury. Chelsea will be without Ramires, who is suspended, so I’d expect Lampard to start. At the time of writing this, Eto’o’s availability is unknown, they could really do with him being FiT.

A shock scoreline? Only the most optimistic of Man Utd fans expected their team to get something out of the match. They may have been spanked in the possession game, but Utd did create chances. Do I think they will qualify? No, but I wouldn’t be surprised. Bayern will not have Martinez or Schweinsteiger available, due to suspension. Dante will return to starting 11 though. Utd will be without RVP, so it’s all on Rooney and Welbeck. English clubs have had their fair share of joy at the Allianz Arena, it’s going to be a cracking game.

Barcelona just can’t beat Atletico! This was the 4th time they have met this season, and every game has been a draw… there really is nothing between them at the moment. The big blow for Atletico, was the injury to Diego Costa, he is now a massive doubt for next week. They will, however, be able to call upon Garcia, who returns from suspension. Barcelona have their own injury concerns, Pique is out for at least 2 weeks, and Puyol continues to struggle. This one could go either way.

You have 2 free, and 1 optional transfer to use in GR10. The ideal thing to do, is to let the Tuesday games play out, see who’s eliminated, and then bring in players who will feature on Wednesday. The big question is, who do you bring in? Personally, I’ll be going with Barcelona and Bayern players, it could go horribly wrong for me! Remember, you can now own up to 5 players from the same club.

If you still haven’t created your free Champions League iTeam yet, it’s not too late. We still have 4 gameround prizes to give away, so it’s definitely worth having a go.

← Everton v Arsenal: LINEUPS and Preview
Off the Mark: Liverpool must seize the moment, because who knows when it’ll come around again? →