Confirmed Lineups: Man City vs Villa and Sunderland vs WBA

The FantasyYIRMA Premier League TEAM OF THE SEASON

Another fascinating Premier League campaign draws to a close on Sunday, and there can be few arguments that this season has been one of the best in recent memory.

Manchester City look to be about to snatch the league title just when it had been in Liverpool’s grasp, but who have been the standout individual performers of the campaign?

Here we pick our team of the season. Have a look and let us have your thoughts in the comments section below. Agree/Disagree?? Who would your team of the year include??

David Marshall was superb for Cardiff but the league table doesn’t lie. His team are going down, whilst Crystal Palace find themselves in a terrific 11th place.

Much of that is down to the performances of veteran goalkeeper Speroni, who made some terrific and vital saves throughout the cause of the season.

An incessant goal threat throughout the campaign, Everton’s Irishman was a constant menace down his side’s right flank in Roberto Martinez’s entertaining side.

Now transformed in the eyes of many from merely a good right-back to one of the top performers in the division, Coleman is certainly mustard.

Another season of progression for Cahill, who will rightly go to the World Cup as England’s first-choice defender.

Most centre-backs who work with Jose Mourinho eventually show considerable improvement, and Cahill’s has been more apparent than most.

Seemingly on his way out at his beloved club last season, Terry has risen to the challenge set to him by Mourinho in this campaign and excelled.

There might be some brinksmanship going on over his new contract, but he’ll eventually get one.

More of a consistent force than Southampton’s Luke Shaw, Baines gets in for his importance to the way that Everton play.

The role of both him and Coleman has been crucial to Martinez’s team, and he has long become established as an idol of the fans. 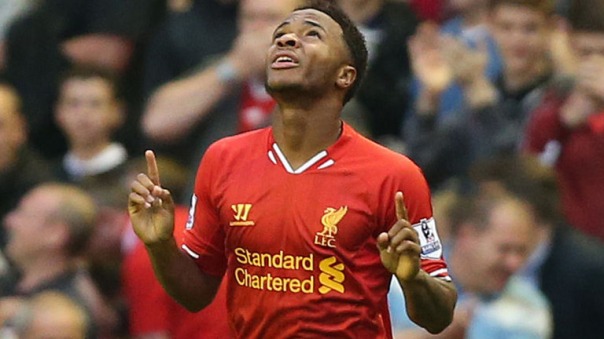 Adam Lallana has been superb for Southampton, but the Saints haven’t really had anything important riding on their games since about January.

The way that Sterling inspired Liverpool’s unlikely and ultimately failed title charge was incredible for one so young, and the teenager deserves recognition and place in the team.

The late drama notwithstanding, Liverpool have been an incredible force this season, and much of that is down to their captain Gerrard.

Playing in a deeper role, he has been able to oversee matches and help keep his young, vibrant side ticking over. A few more years in this position awaits.

It might seem strange to include only one player from the likely champions, but as theirs has been very much a team effort, Toure has stood tall.

The Ivorian has seemingly taken his game to another level, dominating in midfield and almost trampling over any opponents who dare come near him.

The Belgian’s relationship with his manager might be being called into question, but Chelsea and Mourinho would be foolish to lose such a terrific talent.

With a remarkable balance and capable of shooting with both feet, Hazard is a remarkable player and one who has lit up the Premier League this season.

A terrific campaign for the English forward, who went into it as a possible World Cup pick but has ended it as one of the first names on the England teamsheet.

Fast, vibrant and with a seemingly infectious desire to score goals, Sturridge has been great to watch this season and only looks like improving in the seasons to come.

An obvious inclusion for the remarkable Uruguayan, who continues to have his detractors but is quite simply one of the world’s best footballers.

Suarez’s tally of 31 Premier League goals has tied with the record for a 38-game Premier League season, and you wouldn’t bet against him breaking that record on Sunday.