For today’s Question of the Day, we asked our twitter followers to predict the top #FPL points scorer from each of Arsenal, Aston Villa, Burnley and Chelsea.. See the results below!

As always the site and twitter account (@FantasyYIRMA) are geared towards interaction so feel free to add your predictions also in the comments section below. 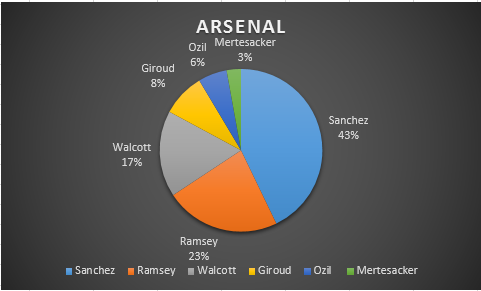 Big money signing Alexis Sanchez proved to be the most popular Arsenal selection taking home 43% of the vote. 2nd place was last year’s fantasy revelation Aaron Ramsey with 23% of the vote with Walcott in 3rd place with 17 % of the vote.

Despite many pundits tipping Record Transfer signing Ozil to have a big season with Premier League experience under his belt, he brought home only 3% of the vote. 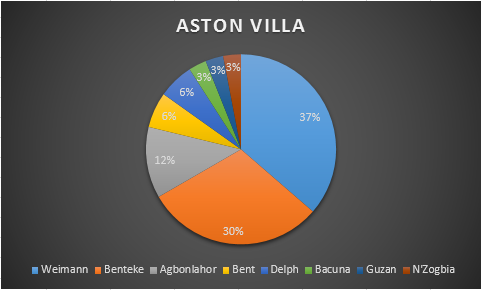 With Brad Guzan taking 3 % of the vote someone is feeling confident in the Villa defence.

A runaway winner for Burnley with a massive 73% of people believing Danny Ings will be Burnley’s top point scorer in #FPL.

Kieran Trippier and Michael Kightly followed that with 9% each 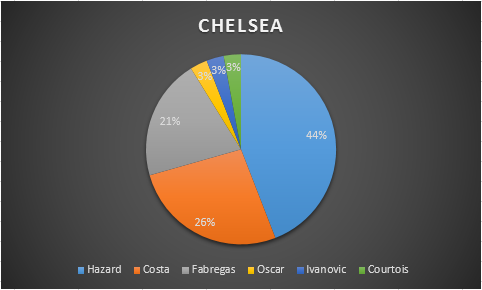 Hazard was the clear favourite for Chelsea taking home 44% of the vote. New Striker Costa followed up in 2nd place with 26% of the vote with ex-Arsenal man Fabregas completing the top 3 with a credible 21% of people believing he can be Chelsea’s top #FPL point scorer this season.

@FantasyYIRMA Walcott agbonlahor Ings(coz I know no other) Hazard #FantasyYIRMA