We were pleased to be invited by @The_UEFFA to join a draft Fantasy Game for the Premier League for the start of the 2014/15. The draft element was something different for us and there is a charity element attached so we agreed to take part.

The UEFFA is not actually a typo.. it stands for United Experts Fantasy Football Association the brain child of creator Chris Mosinski

Chris has assembled some of the global fantast soccer writers to compete head-to-head in a very unique fantasy competition.

The UEFFA is a fantasy soccer league comprised of experts competing head-to-head against each other to win donations for a charity of their choice. Teams will be assembled by auction and will follow the customary European football rules.
Players can be sold or transfered between teams. See who the experts think are the best players in the world and what value they would assign if it were up to them.
In addition to League Play, there will also be Country Cups, World Cups (in 2015) and eventually a Champions League when we are able to expand to additional leagues (La Liga, MLS, Ligue 1, Serie A, Bundesliga).

However, this did not lead to the drop in UEFFA goals. This was not the only time 23 goals were scored in a Premier League weekend. Back in Gameweek Three there were also 23 goals scored. That number translated to 14 UEFFA goals, right at the league average. So if it is not the volume of goals scored each week, what is the cause.

The question is not really about how many, but rather who? Approximately 250 players (not including goalkeepers) will get some amount of playing time each week. In a typical gameweek, only 11 percent of those players will find the back of the net. Goals are at a premium in the Premier League and in the fantasy leagues. The difference is, while it does not really matter to Everton who on the squad scores the goal, it is a very important part of the fantasy game.

Less than half the teams in UEFFA had a player score a goal this past week. Much of that was because of who was doing the scoring. While Wilfried Bony, Alexis Sanchez, and Romelu Lukaku did score, so did Samuel Eto’o, Sammy Ameobi, and Mile Jedinak. When goals are scored by some of the “other” players it leads to low fantasy scoring. It doesn’t matter if you are in the UEFFA or playing in another fantasy league, fantasy points were the lowest of the season. The cause is more of a who than a how.

The auction is done. Click on your fav pundit's roster link to see his squad: http://t.co/x9E0YaH3OQ Who has the best squad? #FPL

Before the next gameweek kicks off the UEFFA transfer window will open November 1. Teams will be able to buy, sell, loan, or trade players with other teams in the league. Before all the fun officially begins, let’s take a look at who are potential buyers and sellers during the November transfer window.

@Ben_Jata – Ben Jata has £122 left in his budget, second most in the league. This alone makes him a strong candidate to dole out some money for a few players. What could he be in the market for? Well with Diafra Sakho and Saido Berahino on the squad, he likely won’t be spending on a striker. It’s more likely he would go after a defender that gets regular playing time and provides a good number of clean sheets.

@cjradune – CJ Radune is another team with plenty of money left in the bank as he still has £102 available to spend. A weak midfield appears to be a position of need as his midfielders have combined for zero goals and just one assist so far this season.

@EPL_MOstradamus – Sitting currently in seventh place, Chris has seen his position in the table drop ever since the injury to Daniel Sturridge. After spending large sums of money on players like Jason Puncheon and Gylfi Sigurdsson, he was unable to sign any forward depth at the beginning of the season. He could be looking for a loan of some sorts to fill the gap until (if) Daniel Sturridge is fit to return.

@SportsByGotti – Mike has more money available to him with £124 currently in his bank. A team full of holes and plenty of money to spend could lead to some big transfers during the open window.

@FuzzyWarbles – The team currently in first place in the table also has no money left to spend on players this season. Steve has built a squad of superstars, but has left himself vulnerable to injuries. That has been the case as Kevin Mirallas has been forced to miss time and FuzzyWarbles suffered their first loss of the season. With plenty of depth at midfield and striker, look for him to sell off a player or two.

@rdrcrr – Having both Graziano Pelle and Wilfried Bony is a luxury. But most times it is difficult to see one of the players sit the bench each week. Rod could seemingly add to his budget by loaning out one of the top class strikers for the rest of the season and get some money to buy himself some depth at the other positions.

@Ben_Jata – Having both Diafra Sakho and Saido Berahino could make Ben a seller as well as a buyer. Especially in a market where many in the muddled bunch of the table will be looking for some depth at the position for the rest of the season.

1. @FuzzyWarbles – One loss will not drop you much in the power rankings. This holds especially true when you still put up 40 points (still better than ½ the league) in the loss. It holds doubly true when the team hot on your tails also suffers a loss and allows you to remain at the top of the table.

2. @NealJThurman – Hit a bit of a speed bump, aka Diego Costa missed the match. All indications are he will return this weekend which spells good things for the team that leads the league in scoring in weeks Diego Costa has played.

3. @FantasyYirma – This team has quietly moved up the rankings and the table. A two match winning streak that includes a victory over the team at the top of this list is certainly impressive. If he is able to add a striker in the transfer window, this will certainly be a dangerous team.

4. @rdrcrr – There isn’t a hotter team right now that @rdrcrr. Rod is on a five-match winning streak and leads the league in scoring over that stretch. If he’s able to get anything out of Remy Cabella or Samir Nasri in the future, this team could challenge for the title.

5. @BenDinnery – Fourth overall in the table. Third overall in points scored. This team will continue to go as far as Sergio Aguero and Cesc Fabregas will take him.

6. @EPL_MOstradamus – Steadily treading water while waiting for Daniel Sturridge to come back. Fraser Forster looks to be one of the steals of the offseason.

Attacker of the Week

Alexis Sanchez (@FantasyYirma: 2 goals, 5 shots, 2 assisted shots, clean sheet) – You couldn’t ask any more from a midfielder than what Sanchez produced this weekend.He came up big against the best team in the league and helped @FantasyYirma right back into the title picture. 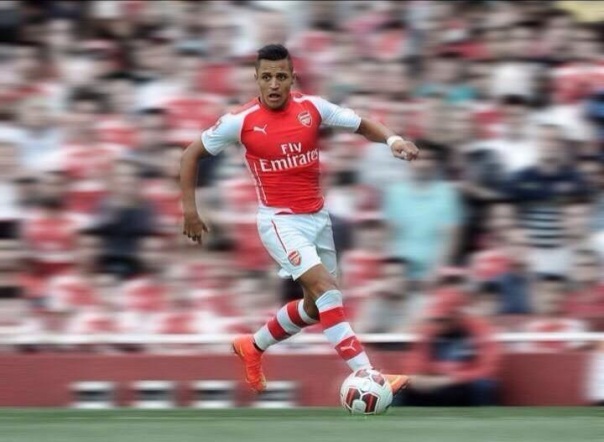 Defender of the Week

Dejan Lovren (@FantasyYirma: 9 clearances, 3 shots, clean sheet) – It wasn’t just the attack that helped @FantasyYirma to the victory. The fine play of Lovren (although a goal would have been nice) provided some scoring from the backline, as well.

Bargain of the Week

Sadio Mane (@N_Pitner) – It’s been Pelle and Dusan Tadic that have been stealing the headlines in Southampton, but watch out for Mane. He’s averaged over three shots and two assisted shots a match and has been a steal for Nick at just £1.

Stat of the Week

They say the Premier League has moved to a more defensive game. They say defense wins championships in American sports. @FuzzyWarbles leads the league in fantasy scoring, is first in the table but is only the league leader in one scoring category: Clean Sheets. Maybe everyone is right.

XI Things I Think I Think

@nikarg vs. @Ben_Jata – The 9th and 10th place teams in the table face off in a crucial battle to remain out of the relegation zone.

@NealJThurman vs. @BenDinnery – The match of the week pits two top-four team head-to-head in what will certainly be a classic showdown.

@N_Pitner vs @EPL_MOstradamus – RotoWire guys go head to head as an improving @N_Pitner squad looks to take down his website-mate.

@GarryIrwin vs @cjradune – Two teams on losing streaks will battle it out to get back into the win column.

@rdrcrr vs @RotoZdroik – @rdrcrr will look for a sixth straight victory while the strong midfield of @RotoZdroik (Hazard, Silva, Sterling) all have great matchups this weekend and will look to pull the upset.

@RotoWireAndrew vs @SportsByGotti – RotoWire buddies go head-to-head for website supremecy. Getting Christian Beneteke back has been big for Andrew, but now can the Aston Villa striker score to help him earn a crucial victory?