We were pleased to be invited by @THE_IEFSA to join a draft Fantasy Game for the Premier League for the start of the 2014/15 season. The draft element was something different for us and there is a charity element attached so we agreed to take part. 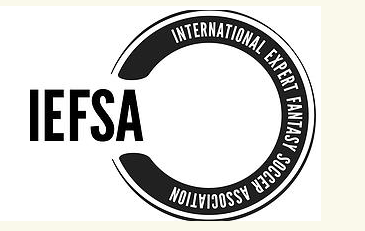 January is upon us and that means two things. We are half way through the Premier League season, and the transfer window has reopened. Both of these give us the opportunity to take a look at the teams in the IEFSA and see if any of the newly signed Premier League players can fit into their roster and help push them up the table by the end of the season.

With that in mind, let’s take a look at 10 rumoured transfers and which team is affected the most. Keep in mind that these are rumours and may never happen, but a mindset like that is no fun.

Arsenal goalkeepers have managed just five clean sheets so far this season. A look at the peripheral stats of their players and it appears they struggle at clearing the ball and blocking shots. These are two key components in preventing goals. A player like Reid who excels in both of these aspects (3rd most clearances, 7th most blocked shots) would be a welcomed addition to an Arsenal team fighting for a European spot next season. For fantasy owners, this would be big because it would take an already valuable defender and make him even more valuable on a better team. He’ll still be very good at making defensive plays, he’ll just be doing so with a better chance for a clean sheet every week. 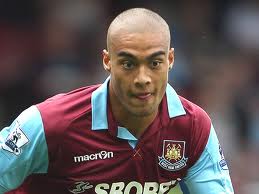 Reid is an interesting option since he is already owned by @GalinDragiev. However, Galin has a plethora of defensive options to choose from, and may be willing to sell or trade the defender and recoup dollars for his penny investment. Could an avid Arsenal supporter like @RotoWireAndrew resist the temptation of making a move for Reid in February to improve a struggling defense and make a push for a top-4 finish?

During the 2011-12 season, Sinclair looked to be fulfilling his potential with Swansea City by tallying eight goals and four assists. His play earned him a look at Manchester City, but nothing has materialized. He’s been sent out on a few loan spells, but has not seen more than four starts in a season since his run in 2011-12. A move to Aston Villa might just be what he needs. Villa midfielders have accounted for one goal all season and Sinclair would be a welcome addition to help bolster that number and provide some help for Christian Benteke as they look to score more than 11 goals in the second half of the season.

The fit here would be @FuzzyWarbles. He’s loaded at midfield when healthy, but the armor has been showing some holes lately. Sinclair could provide some valuable depth at the low cost Warbles would need in order to afford him.

An injury to Kasper Schmeichel has forced Leicester City to turn to Ben Hammer for the past six matches. Neither situation has proven effective as Leicester City are at the bottom of the table and have allowed 33 goals (2nd worst). The move for Schwarzer, a proven keeper with experience and the ability to still make saves, likely signals that Leicester will look to improve their defense to remain in the Premier League for at least another season.

@BenDinnery has been dealing with the combination of Tim Krul and Jak Alnwick all season. The Newcastle defense has been a big disappointment as Dinnery’s team has kept just five clean sheets while making the second fewest number of saves so far this season. A high number of saves can be beneficial (just ask @NealJThurman), and Schwarzer could be the guy worth taking a chance to help Dinnery fight back into the Top-4

This one is possibly more likely in the summer if at all. However, that does not eliminate the possibility that some club throws large amounts of cash Tottenham’s way to make this happen sooner following January rumours that the Frenchman could be available at the right price. It’s probably a bit of an exageration, but it still highlights the point that Tottenham could turn to backup Michel Vorm and still play European qualifying level football. All of which adds up to a likely sale as the club continues to fill the hole left behind by Gareth Bale.

The Tigers have done all they could to find a midfielder this season. However, injuries (Snodgrass) and disappointments (Ince, Ben Arfa) have left Hull City with no help in the midfield. With Diame expected to miss time due to the Africa Cup of Nations, the cupboard will be even more bare for their push to remain in the Premier League. This is where Lennon comes in. Lennon has done quite well in limited action for Tottenham, picking up two assists in just 276 minutes of league play. With some serious scoring options playing in front of him (Jelavic and Hernandez) he could turn into an assist machine with the playing time at KC Stadium. 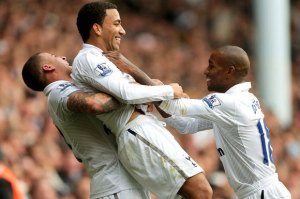 Speaking of assits, @EPL_MOstradamus has been looking for a reliable third midfielder all season. With assists being his MO, this could be a very likely landing spot should the deal happen.

This is a move that worked wonderfully last season as Borini’s seven league goals helped keep Sunderland in the top flight. Sunderland have struggled to get production from their front-line players as only six of their goals have come from forwards. A loan for Borini would likely see the Liverpool man see plenty of time up front in a system he is already familiar with. This can only spell fantasy goodness through the rest of the season.

With only 11 goals on the season, @nikarg could use the boost from a frontline player. Jonathan Walters hasn’t been consistent enough to help earn victories, and Borini would easily replace Steven Fletcher for the roster spot. With plenty of money to spend before the end of the season, should Borini move to Sunderland, it would be a no-brainer for him to find a spot on @nikarg’s team.

This would be a great move for Liverpool as they could use someone of his ability to help fight for a place in a European competition next season. But an immediate impact would be difficult to expect from Shairi should he make the move. He did flash his ability during the World Cup and has shown he has the talent to score and facilitate against top competition.

A move for Shaqiri in the IEFSA would be more of an investment for the future. Shaqiri is a top-class player, but may need some time to be worth the money he would cost to sign. With more almost half his budget still available, Shaqiri would be a great fit for @N_Pitner.

The top goalscorer in Croatia, he is certainly looking to make a move to the Premier League to showcase his talents. A move to Leicester (also assumed to be in the mix to sign the striker) could provide decent returns for fantasy owners. However, a sign and loan is not out of the possibilities. Will be interesting to see if Chelsea show up with an offer having also been linked with the striker previously. 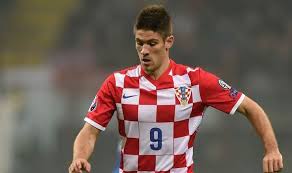 Looking at a potential Kramaric move, is there any doubt that @SportsByGotti would have a difficult time not making the move for the striker?

There are a number of teams looking to hire the services of Defoe, but Crystal Palace is probably the best landing spot for the forward. The Eagles are tied with Sunderland (and Liverpool) for fewest goals by a forward with six and have been looking for someone, anyone, to score some goals and provide a regular threat on the opponent. Defoe was last seen in England scoring double-digit goals for Tottenham before falling out of favor and heading over to the States. Well he has fallen out of favor there and looks to return to a club looking for a striker. Should he sign with Crystal Palace, he instantly becomes the team’s best option and could be a good buy for a small amount of money for the rest of the season.

Behind Olivier Giroud, @GalinDragiev has Roberto Soldado, which is a major drop off for a team looking to secure the League Cup title and make a move up the table for the rest of the season. Getting Defoe as a backup would secure his lineup and provide him some depth should Giroud miss some time down the stretch.

After picking up a goal and an assist in the first two matches of the season, Zarate was quickly the flavor of the month in August. Since he has scored just one goal in just five league appearance. A change of location is just what he needs and QPR are no strangers to making moves. Zarate could be dangerous playing alongside Leroy Fer with Charlie Austin up front. He showed in his time with Lazio that he can score in Europe and looked to be proving it with West Ham earlier this year. However, it seems he is not in their plans this season and could provide a boost to fantasy owners and his stats if he were to move to QPR or another club. 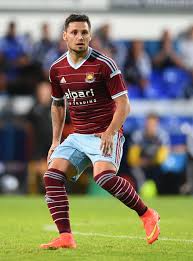 Behind Dusan Tadic, @nealjthurman has been doing a great patchwork job getting production from his midfield. However, if he wants to make a push for a title this season, midfield would be a great place to make an improvement and Zarate might just be the guy.

The Southampton defense did a very good job in the first half of the season of keeping clean sheets against the teams they would be expected to. There is not more you can ask from a fantasy stand point. However, from a fantasy standpoint, owners would have to see where Martins Indi fits in the Southampton lineup before pulling the trigger and paying to have him on their roster. Should he get regular time, he could prove to be a valuable piece to a team looking to improve in defense. 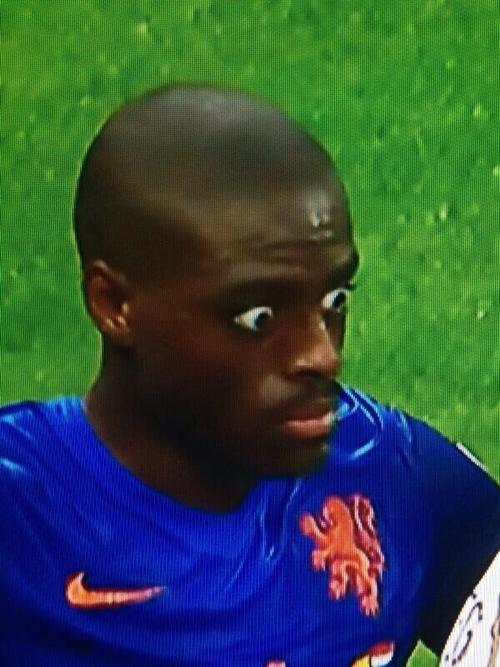 The highest scoring defender @FantasyYirma has on his roster is surprisingly Andre Wisdom who ranks 31st. With four Southampton defenders ranking higher, should Martins Indi find some playing time, he could be a welcome addition to Yirma’s squad.

@THE_IEFSA is not actually a typo.. it stands for “International Expert Fantasy Soccer Association” and is the brain child of creator Chris Mosinski