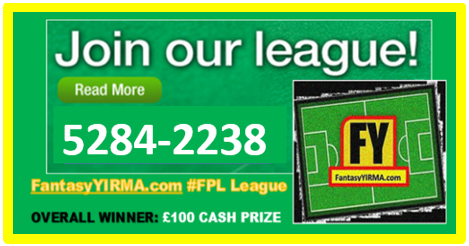 Anyone who listens to my podcast will know that we give Spurs a fair amount of grief. I say ‘fair’ but it is in fact completely unjustified and for that reason I am going to tip one of their own in defence this week. This partly due to the Arsenal flavouring of the remainder of the blog. Anyone who is anyone will know that value can be found in players playing out of position in FPL. John Arne Riise was a mainstay in my team for that very reason and Tottenham’s Eric Dier has been found playing slightly more advance this season to good effect. He put together an impressive 4 weeks between GW 4 and GW 7 amassing 27 points before going off the boil slightly. With Spurs finding form against Bournemouth, I don’t see why they would struggle against an Aston Villa who would still struggle even if they dug up Ron Atkinson (who may or may not be dead). Spurs have trickier weeks ahead but in the short term I think Dier will bag you 6 points this week and could be a slightly cheaper replacement for Jagielka at 5.2m.

It is completely impossible to ignore Arsenal this game week, try as you might. Their fixture list runs Swansea, Spurs, West Brom, Norwich, Sunderland and Villa the next 6 weeks in what could be the  easiest run since they only let white people compete at the Olympics. My advice would be to flood in your full quota of Arsenal if you haven’t already. In midfield, that is easier said than done with such an injury prone squad. The likes of Wilshere and Walcott have spent more time in Changing Rooms than Carol Smillie but Mesut Ozil, everyone’s favourite lesbian, actually provides excellent value. He has scored 5, 12, 13, 5 in his last 4 gameweeks and is an affordable 8.6m. Could do a lot worse. 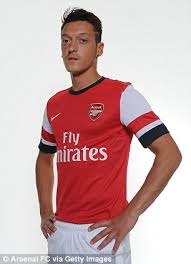 Injuries are starting to hit certain teams, meaning you really need to stay on your toes in the world of FPL. Aguero’s replacement Bony still represents good value, as does Giroud now that Walcott has decided to take some time off. I am tipping Romelu Lukaku, however, to get among the points again. One win against Newcastle does not a good team make. Try reading that not in the voice of Yoda. I dare you. Sunderland are still looking ragged at the back and Everton provide a test for anyone, let alone at Goodison park.

Now, this really is a hunch but I am doing the impossible and trying to predict West Ham’s erratic yet spectacular form. They did their now routine magic act of beating a so called bigger club, and now they are due a lacklustre performance against Watford. Ighalo has been the main man up front for the Premiership new boys but pre-season everyone was weighing up Callum Wilson or Troy Deeney. Deeney finally got off the mark at the weekend, in an impressive win at Stoke and I am tipping him to get among the goals again. He’s only 2.2m picked and none of you will buy him but still. I said it.

In a very predictable move I am going to go for an Arsenal player as captain this week. It has to be their piece de resistance, Alexis Sanchez if you are lucky enough to have him. Their run of games is laughably winnable and they could open up a 5 or 6 point gap by Christmas if they don’t implode. With injuries to Walcott, Oxlade Chamberlain et al the goal onus is on Giroud and Sanchez and Alexis could do some serious damage to some of these sides, starting with Swansea on Saturday. 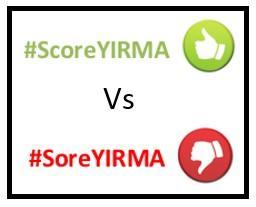