It’s that time of year, where festive decorations are being reluctantly dragged down and people are trying on their brand new football kits for the New Year. But more importantly, it’s also the start of the transfer window, a chance to re-assess and revamp your Fantasy Football Team!

So, where to start?

I don’t blame you, if this is the first question on your mind, with Chelsea’s abysmal start to the season (after their title-winning success) and Manchester City’s injury-prone attacking options. If like me, you used your wildcard a bit prematurely and you’re left with a measly 1 free transfer a week, this may turn into a long-term demolition job rather than a simple ‘quick fix’.

However, fear not, with a clear idea of who to get in, it’ll turn your panic-fuelled Saturday mornings into a blissful lie-in!

An often overlooked area, but with a few additions you can get a solid influx of points each week without the need for nailing the risky question: “who should I put as Captain this week?” A solid back line can net you up to a minimum of 18 points (if you play 3 defenders) or even 24, if you go for the full set! With defenders who can be bought on the cheap, it’s a no-brainer. So, who should I pick? Is what I hear you ask, well say no more! See below:

The once Soton’-bound defender, is now plying his trade at Tottenham and has netted himself and his team a total of 7 clean sheets after 20 games and only let 16 goals slip through. At a pricey 6.1, Alderweireld may put you off but with 3 goals scored and 7 assists, who needs a winger?

A strange one, granted. Who would have thought that the twicely relegated defender would be helping Palace maintain a solid 7th place after 20 games played? Not me, that’s for certain! With 87 current points to the man’s name, he deserves the Player of The Year award he was awarded last season. Having scored 3 goals with 6 clean sheets, this man can give you the reliability factor at a price of 5.8.

Now if that duo doesn’t score you some serious points, you can trust me on the Midfield selection. Big names, big point output and hopefully, at the end of the season, it’ll be a big thankyou.

A name many have heard of, and for right reason. The 42 million pound man is finally receiving the plaudits he had back in his Madrid days. With 16 assists to his name, just after the season’s mid-mark, he’s closing in on Thierry Henry’s record of 20 for an entire season. At 10.0 it may seem steep, but when you take into account he has the record for the highest assist per game ratio, currently standing at 0.45, it’s a sure-buy. 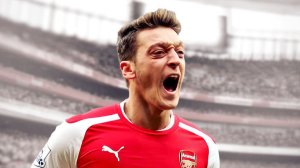 We thought we’d include him in the absence of Vardy (spoiler alert!), but with being the highest scoring player on the game standing at 153 after 20 games, and with a value of 7.2, I don’t think I have to throw anymore figures your way to sway your decision.

Now comes the exciting part, the strikers! At least, that is what we thought at the start of the season when everyone shoehorned Aguero and Costa into their teams. That wasn’t the best decision, granted, but these recommendations come with a cheap price tag but high point output! It’s a win-win.

Despite being overshadowed by the ‘Jamie Vardy saga’ all season, this duo deserves a lot of credit by many Fantasy Teams across the world. The deadly strike force between Ighalo and Deeney has rocketed Watford to a top half finish as we enter the New Year. With 20 goals and 12 assists between them, who needs a “Rooney” or “Aguero”?

Chelsea fans, look away now, as if you needed any more dismal reminders of what could have been this season. The Belgian hitman (as dubbed) has netted himself 10 goals after just half the season, that’s 5 off his total goal tally from last season. If that’s still not got you convinced, he’s also got himself 5 assists and clean sheets to match. Way to go, Romelu!

So, there you have it. A shortlisted selection of must-haves for the New Year, whether or not these will rocket you up the table is on their hands now, rather than mine! Feel like I missed any? Don’t hesitate to let me know in the comments!

Steven Ladd is the Media Manager at @avecsport. Steven can be found on Twitter @laddiniho  regularly tweeting about his love for The Hammers and the Gym.