Just when I thought I was out, they pull me back in. After a travesty of a game week, I thought I had had enough. All of the effort expended this season, just for a couple of mistakes to destroy the whole year? No, that was enough, I couldn’t do this to myself anymore. Then…well, I cannot say it was a monumental turnaround. It was not a special week on the surface; 55 points – respectable, certainly, but nothing extraordinary. However, it was enough for me to creep back into the top 50k (just about – up to 48k) and, perhaps most importantly, it somewhat vindicated my decisions from last week. 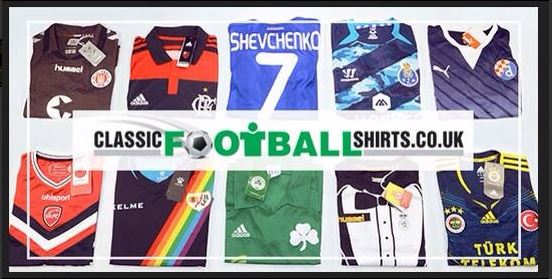 This game is all about timing, and I just went a week early. Lukaku to Vardy, captain Kane over Aguero, bench Mahrez? They all would have been fantastic moves this time around. That does not make up for my losses last week, but it at least helps assure me that I have not totally lost the plot, that they were not braindead moves, that I did not destroy my team. I’ve still made a 2 point loss on the Vardy switch, but it is not as appalling as it seemed last week. I did play Mahrez this week, I couldn’t bench him again, and I did captain Aguero. In many ways, the mistakes of last week have probably hindered me yet again, as fear took hold and I was determined to avoid another drop down the rankings. I mentioned a couple of moves I had in mind to friends earlier in the week: switch Aguero to Costa and captain him, or captain Payet. As it transpired, I did not have the bottle, and captained Aguero, with Payet as vice. Had I had more success last game week, I may have played without fear this time and got a better score, but that feels almost immaterial. I have had some confidence restored, and it has also emphasised that I cannot make decisions based on fear, I must continue to do what I believe is best. I must not be conservative, I must trust myself.

It was in no way a flawless game week. I got my captaincy wrong, I bottled a move that would have paid dividends, I benched Dawson’s clean sheet (I should have known Everton would blow a favourable fixture), Hennessey, Alderweireld, Nyom, Alli and Mahrez all disappointed. However, all I really needed was a week where the positives outweighed the negatives. In fact, after last time, all I really needed was a week where there were any positives at all. Though I frustratingly sold Moreno the week he delivered some points, I brought in Van Dijk, who romped home with 9 points. A few players who frustrated last week – Payet, Ozil, Vardy and Kane – returned points. Another bad week, and I would have genuinely struggled to motivate myself for the rest of the season. The top 50k has been my comfort blanket, and I only had to nip out for the briefest of times, I was not banished to the cold. I am in a much more precarious position than I would like, but I feel that I am back in a spot from which to build.

The key thing was to maintain my position ahead of the big weeks, the turning points, and now we have arrived. We have reached the point that, I have believed all season, will separate the wheat from the chaff (in the words of Gareth Keenan). We veterans have been clinging onto the hope, the hope that the crunch time will be too much for the novices, and now we have to walk the walk. We have 2 weeks now to prepare for the trickiest game week thus far, as the irregular scheduling starts to kick in.

The next game week is a gateway into the make or break spell. The blanks are not catastrophic (as they may be in game week 30), but they may be complicated for those who have not planned accordingly. I still have 2 free transfers, and may only use one yet again. As it stands, I only have 2 players with blank game weeks – Wijnaldum and Aguero. I am likely to bench Aguero and sell Wijnaldum (if I can find an enticing option). I even have the option to make a change elsewhere and play 4 at the back, if no midfielder appeals to me. I doubt, having held last week, selling Aguero now would be wise. Whichever route I take, I will comfortably have a good squad for the next game week. I expect to see hits, or weakened teams, elsewhere. I hope that this will be the first phase of “John’s late season ‘2015 Leicester’ surge”. Got a nice ring to it, no?