OK, Yirma. You’ve had your fun. Now please…make it stop.

Don’t think for one second that I don’t know what is going on here. YIRMA clearly demonstrated this year that he has an impressive power. He is able to jinx people. We all saw evidence of it, evidence you cannot ignore, when he put the whammy of Romelu Lukaku with his #LukakuWatchYIRMA. The Belgian was finally able to shake the curse but, you see, curses do not simply disappear. They latch themselves onto a new host.

There is no denying it now, I am that host.

A significant crack has formed in the hull of my fantasy ship and this vessel is taking on massive amounts of water. There appears to be no way to salvage it. After hitting the iceberg, which was captaining Zlatan Ibrahimovic for two straight weeks during a stretch where other, rational managers were selling him off, I finally got rid of the big Swede and the “Capoue as a 4th midfielder” experiment, taking a four point hit to bring in two potential heroes – Theo Walcott and Charlie Austin.

The two I sold did nothing, but neither did the two I brought in. Sergio Aguero is suddenly playing like Peter Odemwingie on a bad day. My captain pick, Alexis Sanchez, did nothing to help me out. Keeping Michail Antonio for one more week added little to be excited about. Raheem Sterling is in a rut. Only Lukaku, ironically the original victim of the YIRMA curse, has been consistently providing over these last three miserable weeks. It has been three straight red arrows. Losses in all my head to head leagues for two straight weeks…the only thing I want to see over quicker than this nightmare run of form is the US Presidential Election season. Which, I don’t even know why they call it a season when it goes on for nearly two years. That’s about six or seven seasons.

But hey, nine weeks down, twenty-nine to go. Fantasy PL is like poker. You have to be good to be consistently successful. However, there is no escaping a bad run. You keep getting dealt 2/7 offsuit, or you flop trips but can’t get an opponent to fold his straight draw after two significant bets on the flop and the turn, which, if he he knew his math, he would have folded, and then he sucks out his straight on the river. Or you know you have a decent pair but you call the river only to see the opponent has a kicker card one better than you. Just unlucky. Just slightly out of your groove. Hopefully, you understand the poker terminology here. I keep forgetting poker isn’t as popular as it was a decade ago and I haven’t played Pokemon GO for a second, so I cannot provide a more topical metaphor. The point is, I am on a bad run. I don’t know how long it will last but I know that it must end, if only for a little while. I am a good player, there is a track record of it, and time has a way of balancing things out.

(Ed. this whole segment sounds like it’s been “brought to you in association” by an online poker company… It’s not… email me FantasyYIRMA@hotmail.com – shameless)

Until then, I am sick of this fantasy nonsense. And it is YOUR FAULT YIRMA!

So let’s talk about reality for a second. Last week, I made mention that, among the top clubs, no club really seems to be making a statement that they are the class of the league. The candidate I offered up as being the closest thing to it, furthered their case in the final match of Week 9. As if I don’t have enough to be glum about, being a Tottenham supporter, I now have to once again highlight Chelsea as being the best side in the league these days. With their 4-0 rout of Manchester United, they are looking unstoppable on both sides of the ball. Antonio Conte’s switch to a 5-2-3 is working like a charm. He dropped Branislav Ivanovic and started using Marcos Alonso – a massive upgrade.

He has found a system that allow him to utilized the undervalued Victor Moses. The more narrow shape of the front three seems to get the best out of Eden Hazard. It is also helping the forgotten man, Pedro, to shine. Heck, even Diego Costa is defying the odds by keeping his discipline issues under control. Now N’Golo Kante is getting his name on the scoresheet? That’s when you know the Chelsea machine is well-oiled and firing on all cylinders. All Conte can do now is hope that John Terry continues to have injury setbacks so he does not have a reason to think about using the “captain”.

You haven't seen Chelsea's first goal until you've seen it with the Countdown music 😂😂😂 pic.twitter.com/P5BiClKZUS

Bob Bradley secured Swansea City their first point under his command, fair play to him. I worry though we have added a second Pulis to the league. One Pulis-brand of football is enough. Two is overkill. If Chelsea are well-oiled, Swansea have the “Service Engine Soon” light on because there is no oil to be found and the pistons of that engine are going to have to grind out results if they hope to make their destination.

Remember when West Ham began their really attractive run of fixtures and it made all the sense in the world to invest in attack and defense, only to realize that their defending was abysmal and their attack only slightly less so? Well, now that we quickly turned our backs on their defending, they completely troll us with a second straight clean sheet.

I want to be a fly on the wall in the room of an FPL manager that spent his precious transfer last week on Maarten Stekelenburg. I understand the need sometimes to rush out and grab a player that just scored a brace or created five big chances or had 10 successful crosses…any metric you want to use to convince yourself a player you are bringing in is worth the investment. I can only chuckle at those who thought, “Hey, I need Stekelenburg NOW – before he has another ‘two penalty-save’ game”. Talk about chasing points.

John Stones is overrated. Is it safe to say this now? I couldn’t quite trust my own appraisal of him during his Everton days because what I saw was a serviceable young defender that should have a nice long career ahead of him, but wasn’t some kind of incredible talent. Yet, the professional appraisers of football talent were gushing over this kid, getting into a bidding war that I couldn’t understand. Well City supporters, Pep, pundits around the league… how do you feel about him now after his latest gaffe? How do you feel knowing that City’s only clean sheet in the league this season came in the one match Stones did not start?  There is a great young English center back in the league. His name is Michael Keane. 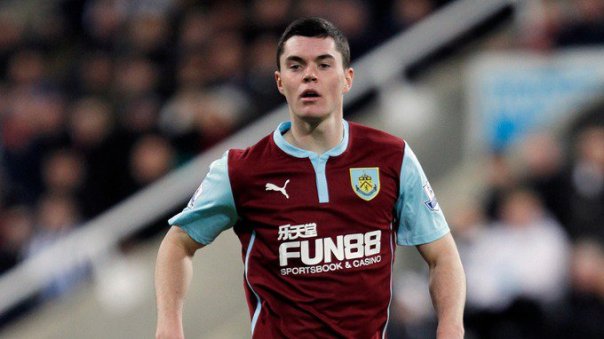 Anyway, that’s enough from me this week. The curse live on for now. The only joy I can count on during these dark days is counting how many saves Tom Heaton makes in a game.

Save ME Tom. Save ME!