← What’s the Score? FantasyYIRMA vs FreeBetsHere.com
Defence on Top : NOTHING but Bonus Points GW2 → 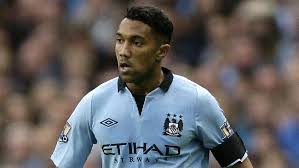 Manchester City left-back Gael Clichy has warned the club’s Premier League rivals that they will play the brand of football that saw them hammer Newcastle United throughout the season.

Manuel Pellegrini watched on as City dismantled 10-man Newcastle in his first game in charge with a high-tempo and high-class performance.

The list of scorers in the 4-0 victory highlights the quality at Pellegrini’s disposal. David Silva, Sergio Aguero, Yaya Toure, and Samir Nasri are players who would get in most if not all Premier League sides.

Those players have tasted Premier League glory and will be desperate to come out on top again this season. The experts at Betfair expect City to be the team to beat.

That prediction is mainly based on their impressive dealings in the transfer market. Fernandinho, Alvaro Negredo, Stevan Jovetic, and Jesus Navas can take City onto the next level.

Clichy, who moved to the Etihad Stadium from Arsenal in 2011, was happy with the manner of City’s win on the opening weekend and is confident they will continue to play attractive football.

“It was a good performance defensively and offensively, and hopefully we can carry on like this. It was a great game. Away from home, it will be more difficult but it is a good way of starting the season,” he said. “We are going to play like this from today to the last game.”

If City maintain that level of performance, not many sides will live with them. The first time Pellegrini’s men will be truly tested will be when they host neighbours, Manchester United, on September 22. They will be keen to lay down a marker and show they are the best team in England.

Joe is a freelance sports journalist and staff writer for FC Copenhagen. As a Leeds United season ticket holder for nine years in his youth, he’s seen the best and worst English football has to offer. A frequent fantasy football player, you may (or most probably may not) have seen his team Borussia Teeth languishing at the foot of many a league table. That trend is set to continue.

← What’s the Score? FantasyYIRMA vs FreeBetsHere.com
Defence on Top : NOTHING but Bonus Points GW2 →