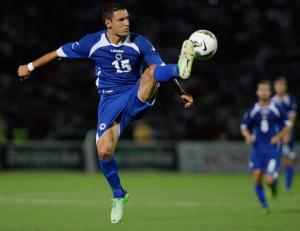 This is a risky choice as he has a liking for a card or 2. But nevertheless he is a dead ball specialist that when the need occurs could come up with that piece of magic that might unlock a tight defence, he has good understanding with Dzeko and that could be crucial to Bosnia’s chances. 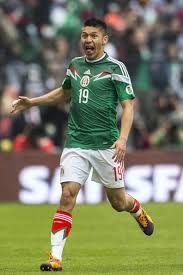 A man bang in form and plays his club football in South America which means he will be rearing to go come June. 9 goals in his last 6 games for Mexico suggest that he is ready for action and his 14 in 24 for Santos this year gives him 23 goals in 30 games. He also has 4 assists.

More of a midfielder than out and out striker, he will play just off the front player/s but has had an amazing season for Torino with 13 goals and 11 assists to his name. I expect him to be Italy’s key to success this year, a far more cost effective option than Ballotelli and also you can trust Cerci.

The only defender in my line up, and he gets high on the list as LVG likes to play him in a central midfield role, I fancy the Dutch to do well this year and he will be an integral part of the team. A couple of clean sheets and a few assists might make him one of the best Defenders on FiT this year

I expect Colombia to be the “surprise” team of this years World Cup and this beast will the man that gets them there. He is an instant impact type of footballer and is so lethal going forward that he has been tried in a wide forward role for Fiorentina. He was the main man in their great season with 15 goals and 9 assists. If he plays to half of his ability then come July there could be a massive tug of war for this guy.