← FantasyYIRMA Mini-League is Back! Will Arsenal’s Sanchez make your team?
Arsenal, Chelsea and Man United on top : Fantasy Football Poll →

We know Arsenal, Chelsea etc.. What about Leicester, Burnley and QPR?

It’s that time of year again. The 2013/14 season is now just a distant memory, the World Cup is long gone, and all we have to comfort ourselves are pre-season games and, most importantly, the building of our new Fantasy Football teams. For the most part, this comes as second nature; adding a household name of last season such as Sturridge or Hazard to the team is like welcoming home a prodigal son. However, once your budget is stretched to breaking point and your squad is still not quite complete, the moment comes when you need to enter completely new territory- you may need to buy a player from a newly promoted team.

This process, if approached in the wrong way, can be a very stressful one. Who will be regular starters for Leicester? Will QPR flop as much as last time? Why, if asked, could I not locate Burnley on a map of Britain? All these questions spring to mind when trying to fill those last couple of squad spots, and cause a panic attack of huge proportions. With a bit of luck, this article will help you avoid that panic, and hopefully help you to build a stronger team for 2014/15.

Disclaimer: I finished 138150th last year, so I’m not exactly the ultimate authority on all things Fantasy Football! 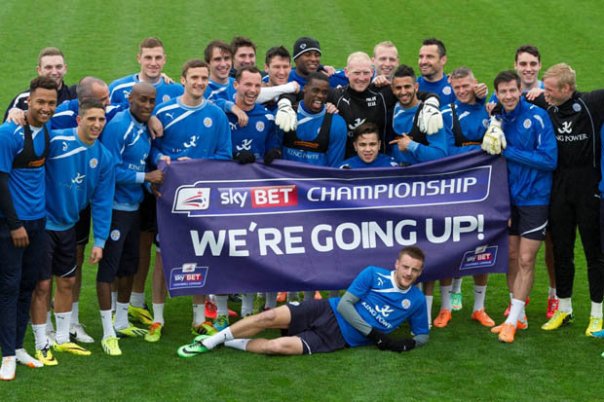 First up, Leicester City. Leicester earned automatic promotion by winning the Championship, and winning it by a relatively comfortable margin of nine points. Although doing well in the Championship is by no means a guarantee of Premier League success, the comfortable nature of Leicester’s promotion suggests that they’re ready for the step up into the big time. Seeing as no Leicester player is more expensive than 5.5 million, you could be quids in if you pick the right one. But who exactly is ‘the right one’?

There are multiple options. The first is David Nugent. He was hugely successful in the Championship last season, bagging 20 goals and 12 assists. Though very unlikely to be that successful in the Premiership, he is on penalty duty for the Foxes, meaning he should pick up a few cheap points over the course of the season. Another player that many fantasy players (including myself) are turning to is Kasper Schmeicel. He is an extremely talented goalkeeper, and will probably be having a lot of shots fired at him. Though unlikely to keep many clean sheets, he seems certain to pick up a large amount of save points. For 4.5 million, he represents good value.

In defence, both Jeff Schlupp and Ritchie De Laet look like they are capable of providing plenty of assists from full back, but neither of them are nailed-on starters. A safer (albeit slightly less attacking) choice of full back is Paul Konchesky, who despite being a complete flop for Liverpool is actually half decent for Leicester.

The most exciting midfield talent to talk of is Anthony Knockaert. The Frenchman is extremely skilled, and is capable of getting a fair few assists from out on the right. However, his numbers for last season weren’t amazing (five goals, seven assists), so at 5.5 million he would definitely be a gamble.

Like Leicester, they achieved automatic promotion, and finished comfortably ahead of the teams below them. This was largely thanks to the hugely successful strike partnership of Danny Ings and Sam Vokes- they scored 21 and 20 goals respectively. Though many people are eager to utilise this budget option as part of their FPL strike force, it would, perhaps, be advisable to wait and see.

Ings has been linked with a move away from Burnley (he only has a year left on his contract), and Vokes is out injured. Also, at 6 million, Danny Ings is quite pricey for a newly promoted player. Perhaps a better option from Burnley would be Kieran Trippier; he delivered one goal and twelve assists from full-back last season. However, it is once again too good to be true. His good performances did not go unnoticed by the good folks at FPL, and his starting price is a rather steep 5 million. Though it doesn’t sound like that much, it is more expensive than the likes of O’Shea, Vlaar and Cameron- established Premier League defenders.

Michael Kightly is another option from Burnley; he managed 5 goals and 6 assists when playing for them on loan last season. He is used to playing in the Premier League, and at 5 million the midfielder could be worth the risk.

Their most recent foray into the Premier League is preventing me from going too overboard in singing the praises of QPR, but they could certainly provide some decent FPL options. Steven Caulker and Rio Ferdinand is a solid defensive partnership, so they might manage a few clean sheets. As such, Rob Green (4.5 million) or Ferdinand himself, also 4.5 million, could prove to be good budget options. Charlie Austin is undoubtedly a good striker, and should be able to poach a few goals, but at 6 million looks a little overpriced. David Hoilett is a solid but uninspiring midfielder, and at 5 million could prove to be a half-decent option. Taarabt looks highly unlikely to stay at the club, but if he does then he could have a part to play.

To sum up, picking FPL players from newly promoted clubs is a veritable minefield of potential flops. Whilst all of the players discussed here could shine, they could equally prove totally unable to cope with the Premier League. Still, some look more likely than others to do well. Leicester in particular look like they could have some good, cheap players. Burnley, on the other hand, don’t seem to offer many viable options. Happy team-tweaking, but remember, when it comes to new clubs, tread very carefully.

My name is James Martin, (follow me on Twitter @JamesMartin013) and I’m a keen blogger as well as a huge Liverpool fan. I’m also a complete FPL addict. I guest blog for multiple websites, and have my own blog (www.jamesmartinblogs.blogspot.com) where you can see all of my Liverpool-related articles. Enjoy!

← FantasyYIRMA Mini-League is Back! Will Arsenal’s Sanchez make your team?
Arsenal, Chelsea and Man United on top : Fantasy Football Poll →