It’s a double Gameweek for QPR and Aston Villa, and whilst those two don’t possess too many desirable defenders it might just be worth taking a punt on one of the cheapest players in the game.

QPR left-back Yun Suk-Young has played the full 90 minutes in each of the Rs’ last six games, and whilst none of those have ended in a clean sheet he’ll have two chances to register one of those as he goes to The Hawthorns and Villa Park.

The first of Aston Villa’s two matches is one that they are surely going to lose, with the trip to Old Trafford to face a rejuvenated Manchester United hardly one to relish at the moment.

But if Scott Sinclair can pick up a couple of points there then he’ll spring into action in the second game at home to QPR, and look to keep up some decent Villa form which has seen him score once in the league and twice in the FA Cup during his loan spell.

With six goals in his last five Premier League games and this fine strike for France against Denmark during the international break, it really is impossible to ignore the form of Arsenal’s Olivier Giroud right now.

Liverpool arrive at the Emirates Stadium missing some key players and with morale dropping a little, and with the Gunners in the form they’re in then a victory and a strike or two from their current golden boy could be on the cards.

After becoming somewhat lost under Harry Redknapp, the arrival of Chris Ramsey at QPR has been terrific for the winger Matt Phillips, for whom his one goal and four assists this season have all come in the last seven games.

The goal was of course this remarkable strike at Crystal Palace, and so a gamble on the former Blackpool man could come up trumps as QPR double up.

We’re aware that this is a little QPR heavy now, and that isn’t anything you’ve wanted to be at any point this season, but surely if Rangers are to have any chance of staying up then they need to take something from their next two matches, and for that they need Charlie Austin to be in form.

The England hopeful will be the man trusted by many to deliver over his next 180 minutes of football, with the future of both his club and plenty of fantasy teams determined by just what happens in them. 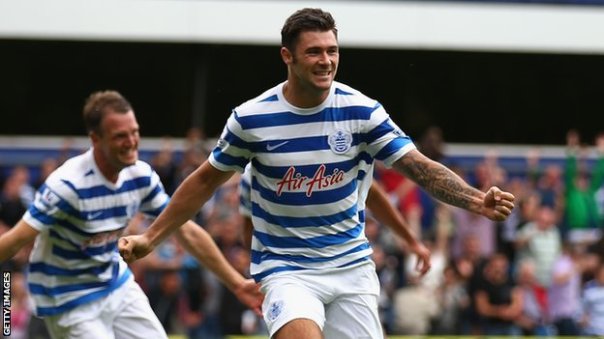 The Dutch left-back Erik Pieters has been a quietly effective force at Stoke City ever since signing in 2013, and despite the inconsistent form of the team he’s still managed to impress pretty much everyone at the Britannia Stadium.

A home clash with West Brom is just the sort of game that Mark Hughes’ side need to be winning if they are to make their way back towards a top-half finish, and Pieters can help with that.

Not always the most consistent of goalscorers, David Silva did nonetheless find the net twice in the 3-0 win over Crystal Palace in Manchester City’s last home game.

In the continued absence of Sergio Aguero he’s being asked to get into more and more dangerous positions, and although Manuel Pellegrini is managing him carefully as he seeks to recover from damaging injuries, he is still as important as ever.

Remember QPR’s crazy 3-2 defeat to Liverpool in mid-October? Well that was the last Loftus Road match which Charlie Austin didn’t score in.

He’s managed a stunning eight in five home matches ever since, and as Crystal Palace come calling to West London then he is sure to be a huge threat again.

Now back to full fitness and making a huge difference to the Aston Villa side, Christian Benteke might view the next few weeks as a chance to impress potential suitors and earn a January move.

Either way, he’ll be a vital cog in Paul lambert’s machine in the home game against Sunderland, when the hosts will expect a win to try and inject some enthusiasm into a season which has often been flagging.

It took him a while to warm up this season, but Yaya Toure finally looks to be firing on all cylinders ahead of a very winnable home clash with Burnley for Manchester City.

Toure scored in the champions’ last home victory over Crystal Palace, and in Pellegrini’s fluid formation he’ll be asked to get forward and help out in attack, whilst he’ll also be on penalty and free-kick duty too.

Arsenal vs QPR: Lineups and Prediction

QPR vs Liverpool Preview Written by JamesMartin Follow @JamesMartin013 on Twitter At 1:30pm, 10th placed Liverpool travel to QPR, who currently sit 20th in the league. With their opponents having taken just four points from their first seven games, the reds will be fairly confident of a victory – that said, the fresh injury […]