← Arsenal vs Man City: LINEUPS and PREVIEW
Check out our Free Fantasy Football Prize League!!! From Arsenal to West Ham →

Liverpool’s New Signings- Who To Get?

After the sale of Luis Suarez earlier in the transfer window, Liverpool have been very busy bringing in new players. So far, there have been six new arrivals at Anfield (seven including Origi, but he’s out on loan for the season and is therefore irrelevant to this article), with more rumoured to be on their way. Whilst all these signings are undoubtedly good for the team as a whole, it throws up some FPL dilemmas. Liverpool were ideally suited to Fantasy Football last year- not only did they love scoring goals, they also had a small squad. This meant rotation risk was low. Now, however, all that is changing.

Having finished as the Premier League’s second top scorer last season despite missing a sizeable number of games through injury, Daniel Sturridge looks nailed on to start whenever he is fit. Mignolet too looks to be a certain starter, for want of any real competition. Other than this, there is nobody in the Liverpool squad who could be called a guaranteed starter. This means that you have to be doubly careful when selecting Liverpool players for your team; it’s not all about picking ‘the best’ players, potential game time has to be factored in as well.

So who out of the new signings is likely to play relatively regularly as well as score good points? Let’s start with the man on loan from Atletico Madrid, Javier Manquillo. As the most recent acquisition, we have yet to have a chance to see him play for Liverpool, but reports about him from Spain are generally very positive. He is a right-back, and I think he could get decent game time. Glen Johnson’s tactics of ‘run, cut inside, get tackled, fail to track back, repeat’ are getting tiresome, and it seems likely that he will at least rotate with Manquillo, if not get usurped from the starting line-up altogether. The safest (and in my view most sensible) thing to do is to hold back on getting Manquillo until it becomes more clear how regularly he’ll play, but if you like a gamble then 5.0 million is a very reasonable starting price.

The other new defender Liverpool have purchased is Dejan Lovren. He is a good defensive leader- this is something Liverpool sorely missed last season. Hopefully he will help the reds to become much more solid at the back, and keep a lot more clean sheets than they managed last year. However, as with all the new signings, there is a question mark over how often he will play. It seems likely that he will get a fair chunk of game time; he’s a good player, and Liverpool showed faith in him by paying a large fee. That said, he faces stiff competition from Martin Skrtel and Mamadou Sakho. Unless Rodgers opts to go with three at the back this season (a definite possibility- he experimented with it last year), then only two out of these three can start. If Lovren isn’t going to start the vast majority of games, then an FPL value of 5.5 million looks like a fairly steep price to pay. As with Manquillo, my advice would be to hold off on Lovren. If he does start nearly all the games in the first few weeks, and Liverpool prove themselves to have become more adept at keeping clean sheets, then that is the time to bring him in. 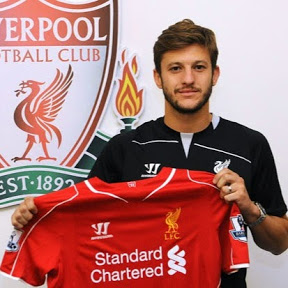 Now we move on to the midfielders. First up, Adam Lallana. The advice here is simple- don’t get him. He injured his knee in training, and is not expected back until late September. Once he comes back, he could be one to consider, though he will probably be rotating in and out a little as Coutinho, Markovic (I’ll come to him in a second) and Sterling are all also competing for a place in the three positions behind the striker. At 8.5 million, even if Lallana was fit, I would much sooner have Sterling in my fantasy team.

As promised, I’ll now move on to Markovic. Sadly we’ve only got to see him in action once for Liverpool, as a niggling injury kept him out of the majority of pre-season. Still, he looked very positive in the one game he’s played. His pace is electric, and he is capable of finding seemingly non-existent gaps in the defence and running through them. However, though still reasonable, his finishing is not what it could be. He faces a fitness race to be ready for Liverpool’s opener, but he’ll certainly be fit for their second game. If you’re the sort of FPL player who likes taking risks right from the start, I’d recommend getting Markovic. Whilst Lallana is out injured, Markovic, Coutinho and Sterling all look set to get regular game time. With less than 2% of players picking the 7.5 million valued Markovic, he could prove to be an excellent early differential that allows you to open out a good early lead over your competitors. Once Lallana returns, however, he will be in and out of the first team, and you might want to consider replacing him.

The other midfielder Liverpool have acquired is Emre Can. He is versatile, and can be employed either as a defensive midfielder or a central midfielder. He has been played regularly in pre-season, and been one of Liverpool’s best players. Though it will be extremely hard for him to cement a place as a regular starter, as he is up against the likes of Steven Gerrard, Jordan Henderson, Joe Allen and Lucas, he certainly looks capable of muscling his way into the side. Under normal circumstances, I would never recommend getting a defensive midfielder in fantasy football. However, from the few games I’ve seen of him, Can appears to be in the same mould as Yaya Toure. This isn’t a direct comparison of talent (Can is only 20 after all), but merely an observation that their styles of play are similar. Can likes to make marauding runs up the pitch from his defensive position, and his sheer presence means he usually makes his way through players with ease. If he does manage to become a regular starter, I think he could score a fair few points, so for just 5.0 million he cannot be overlooked.

The final signing to evaluate is Rickie Lambert. I cannot overstate how stupid you would have to be to get him in. Unbelievably, 10% of fantasy players have got him in their teams, and if you are one of them then you need to get him out. His game time will almost certainly be extremely limited; I wouldn’t get him in my team if he cost 4.5 million. As it is, he costs 7.5 million, making him by far the least viable fantasy prospect of all Liverpool’s new signings.

In conclusion, the general rule to go by when considering getting in one of Liverpool’s new signings is ‘wait and see’. The majority of them are unknown quantities to a large extent, both in terms of talent and of the amount of game time they will be given. However, if you want to take a punt, then getting in either Manquillo or Markovic from early on could turn out well for you.

My name is James Martin, (follow me on Twitter @JamesMartin013) and I’m a keen blogger as well as a huge Liverpool fan. I’m also a complete FPL addict. I guest blog for multiple websites, and have my own blog (www.jamesmartinblogs.blogspot.com) where you can see all of my Liverpool-related articles. Enjoy!

← Arsenal vs Man City: LINEUPS and PREVIEW
Check out our Free Fantasy Football Prize League!!! From Arsenal to West Ham →