← Liverpool’s Raheem Sterling And The 5 Fantasy Players You MUST Pick This Week
Manchester City vs Tottenham: Confirmed Lineups →

After the International break the Premiership returns. I enjoyed the European results and thinks are looking good North and South but there is something very special about this league and I have no doubt the fans feel the same. As always some great games on offer and all looking forward to another great sporting weekend. 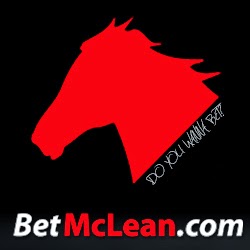 FantasyYIRMA are delighted to be nominated for the best #FPL site in the Football Blog Awards for the 2nd year running. Thank you to everyone who voted so far. For the final stage all votes have been reset

City had so many players away on International duty but they still will have too much for a Spurs side who I will never ever tip again to win anything in the Premiership. They will always let you down I feel.

Last season City hammered them 6-0 and 5-1 away. I don’t think it will be as easy but I do think City will have a couple of goals to spare in this one.

Hull did well before the break by getting all three points against Crystal Palace. Before that they had lost five on the bounce so it was a very welcome win indeed. 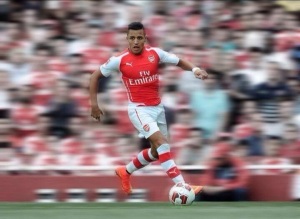 Ozil is one of several players missing for Arsenal but they still have too much all round in this fixture. When you have Sanchez you always have a huge chance. Hull will battle but in the end Arsenal will be too strong.

Before a ball was kicked in anger there were many including myself who felt that Sam Allarydyce would be the first Premiership manager to get the chop. The injury to Andy Carroll seemed to confirm that. With him injured Big Sam ad to look to other players and a different style of football. The reward? The Hammers are flying high. This will not be easy all the same at Burnley.

Burnley lack goals and probably in the end they will go back down again but not without a fight. They proved that last time out with that last gasp equaliser against Leicester. At home they will battle for everything. That should be enough for a point.

In this same fixture last season Chelsea could only manage a draw and that result just about ended any chances they had of taking the Premiership title. Palace were inspired that night. To pardon the pun a lot of water has gone under the bridge since then and Chelsea are a much better side than this time last season.

Chelsea at this stage are a long way ahead of the rest and that certainly includes Palace.

Away Win with something to spare.

Now this is a hard one to call. This time last season Everton were 6th in the league. They are currently 17th. They have slipped.

Villa have had a very good start. On form they have lost their last three league games but to be fair they were up against Arsenal, Chelsea and Man City.

In the past it would have been a nailed on home win but I’m going for a draw in this one.

Like Burnley Newcastle are the only Premiership side yet to win a game at home. This could be one of their best chances.

Newcastle have been struggling and yet in their last two league games they did come back twice from 2-0 down to get a 2-2 draw. That shows spirit if nothing else. But let’s look at the form. Newcastle have had only one  league win in their last fifteen league games only getting 7 points out of a possible 45. It does not make for good reading. They now face a more than decent Leicester side but again let’s take a closer look. Newcastle are unbeaten in their last eight meetings with Leicester. They have won the last four games at St James Park against Leicester and with other difficult games just around the corner this has to be their best chance of a home win.

Leicester have been very good but they struggle for goals. Only one goal scored in their three away games so far. I’m going on a home win here. Things have to change for Newcastle and Alan Pardew.

Southampton are third in the table. They lost last time out against Spurs so they do need to bounce back. Sunderland do well against Southampton. They beat them in the two cup competitions and they are unbeaten in their last seven against the Saints. John O Shea will be on a high. 100 caps for the Republic, a last gasp equaliser against Germany and a new contract. Not a bad week.

Southampton too have plenty to shout about. Graziano Pelle marked his Italy debut with a goal against Malta and he has found the net in six of his last eight games. No wonder he is the Player of the Month. His boss Ronald Koeman is Manager of the Month. 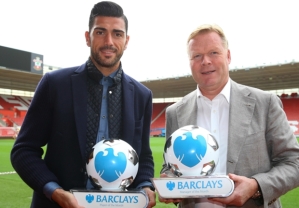 Sunderland will battle all the way but the last time Southampton lost at home was back in April and they are now looking for win number three in a row at home. I think they will get it.

There are strong rumours circulating that Harry Redknapp may soon be shown the door at QPR. He has failed to really gets things going at the London club and the poor performances just keep coming. A defeat here I fell would leave Our Harry in a very bad position. Liverpool will be short odds to win this one, that’s if their players are not too tired to play. The War of Words over the Raheem Sterling issue continues with Liverpool boss Brendan Rodgers saying his player was “hung out to dry”.

We can only hope he was left out in a hammock. At least he would have been able to get some kip. I doubt if Roy Hodgson be getting too many Christmas  cards from Anfield.

QPR look to have very little about them at this stage. They lack any sort of drive . Liverpool have Real Madrid just around the corner but if they just accept they will lose that one they might just get three points in this one.

How both sides here would love a win! Swansea are fifth but they are going through a poor patch with only two points from their last four games. In their last three visits to Stoke they have only gotten one point and scored one goal.

Stoke have had a very ordinary start to the season and Mark Hughes needs his team to start winning matches like this one. Neither side it seems likes to play on a Sunday. The last four times Stoke have played on a Sunday they have lost. Swansea have one win on a Sunday out of twelve games. Not a great record you could say. Home advantage could just be the key.

At last. A Monday night game worth watching. Some of offers on show so far have been poor but not this one. United are up and down this season just like West Brom. Both sides need to start being that little bit more consistent if they are to get anywhere this season. United are good enough to beat most of the sides in the Premiership but I feel they will struggle against the top teams. I also think they could struggle in away games like this.

West Brom won at Old Trafford last season and they enjoy playing United. United need to tart picking up points on as more regular basis. I presume even the most fanatical United fan would settle for fourth place at this stage? Then again.

United have some superb players up front but they are very poor at the back and as such I can see goals in this one. The smart money I would suggest will be on a United win but I’m going for a hard earned draw with plenty of goals. 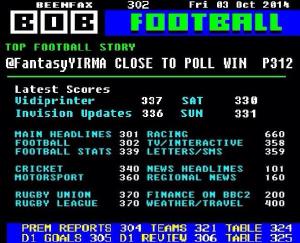 ← Liverpool’s Raheem Sterling And The 5 Fantasy Players You MUST Pick This Week
Manchester City vs Tottenham: Confirmed Lineups →