← Liverpool’s Raheem Sterling And The 5 #FPL Players You MUST Pick This Week
Arsenal, Chelsea, Man Utd and Liverpool tipped for 10 points this weekend →

FantasyYIRMA are delighted to be nominated for the best #FPL site in the Football Blog Awards for the 2nd year running. Thank you to everyone who voted so far. For the final stage all votes have been reset

What’s this? A Newcastle defender? Newcastle?!

Correct, Newcastle. Summer signing Daryl Janmaat has looked okay since he arrived at St James’s Park from Dutch football, even managing a goal against Crystal Palace. As he faces a Leicester side who drew a blank at Crystal Palace last time out he’ll be looking to keep things tight from right-back whilst also getting forward, too. Could be worth a punt at a cheap price.

Some things are just meant to be, and following the week he’s had (which included, let’s not forget, coming off the bench to win the free-kick from which England won the game in Estonia) then it seems likely that Raheem Sterling will have a huge say in proceedings back at his former club QPR on Sunday.

Liverpool’s well-rested teenager is likely to be teamed up with Daniel Sturridge again as his club and country teammate returns from injury, and that combination could help the Reds to a victory at a club who continue to struggle this season.

The prolific young Baggie Saido Berahino netted a penalty at Anfield before the international break, during which he impressed for the England under-21s.

The forward will fancy his chances against Manchester United’s dodgy defence on Monday night, when Louis van Gaal’s side will expect to win at The Hawthorns, but could do so whilst conceding goals at the other end to this lively youngster.

The last time Aston Villa were on Merseyside they emerged from Anfield as 1-0 victors thanks to a winner from Gabriel Agbonlahor, and the Villa stalwart will be important again as they return to the area to take on an Everton side who have specialised in conceding goals this season.

Paul Lambert’s men sorely missed Agbonlahor during the 2-0 loss at home to Manchester City just before the internationals when he pulled out just before kick-off through illness, but now he’s back up and running he’ll be vital if the Villans are to take anything from Goodison Park. He could be worth a gamble.

As the evidence grows that Diego Costa’s ‘injury’ is just an elaborate wind-up from Jose Mourinho (as if he’d dream of doing such a thing!) then it really does make sense just to keep sticking with the Chelsea forward.

Costa finally managed his first Spain goal in seven appearances on Sunday, and now he’s got Palace in his sights. 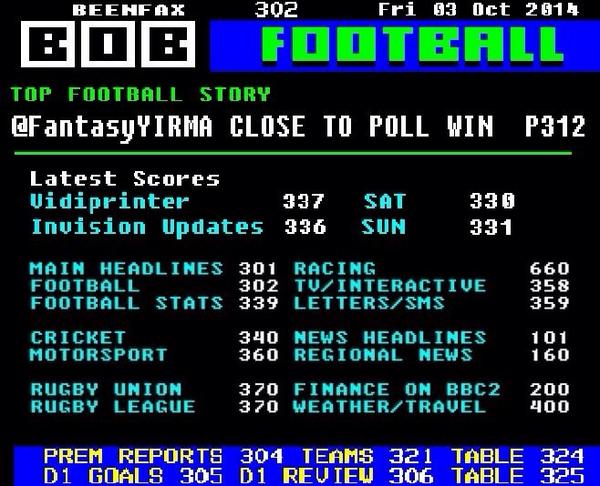 ← Liverpool’s Raheem Sterling And The 5 #FPL Players You MUST Pick This Week
Arsenal, Chelsea, Man Utd and Liverpool tipped for 10 points this weekend →