It’s that time of year again; the time of endless FPL tinkering, research and planning with this season’s kick-off just around the corner. This is only my 2nd year playing FPL and I must say I am hooked. I thought I would take a moment to share a brief insight into a couple of key learning’s from my rookie campaign (for other newbies out there) before this year’s agony and ecstasy starts all over again! 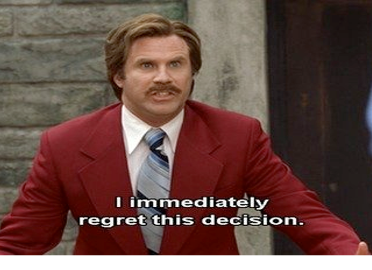 I must admit when a colleague at work first approached me about the idea of setting up an FPL team I thought, “….really?” He explained the overall basics of the system (which takes maybe 5 minutes) and I must admit I wasn’t overly impressed. “Soooooo basically you pick a team with £100 million (seems like a lot of money I thought) and you choose who is going to play every week, you get points for them scoring and stuff…sounds easy.” THEN I signed up… The hours of initial frustration of tinkering with that so so slim £100 million budget (shakes fist at the sky), the countless transfers and re-transfers, the research, the tactics, the strategy…in short I was hooked and the season hadn’t even started yet!!!

The biggest thing that surprised me in that opening season was the pure addictive nature of FPL. I dread to think how many hours I spent reading up on transfers, pre-season matches, coach’s preferred styles and player’s injuries. The elation you feel when of one of your starting XI (especially the Captain) scores or gets an assist, the devastating regret when one of your bench players does the same, and the absolutely uncivilised rage you experience when a player you just transferred out after 3 useless weeks bags a brace is not something I had really experienced in football before.

Overall, I think FPL is a fantastic way to get you invested in the whole Premier League season (never thought I would care so much about Stoke’s midfield options or West Ham’s defensive woes) and not just in your own club’s ups and downs; which makes for a much more interesting PL season.

My main advice for relative newcomers to the wonderful world of FPL would be:

Don’t transfer a player in or out based on just 1 game week.

I made this rookie mistake a couple of times in my inaugural season. There were several times when I just HAD to have a player because of a really solid performance, took a points hit to bring him in and then he totally blanked the following GW. A couple of times, I would get frustrated with that player and transfer him out the next week. Remember, this is a game based on what is actually happening in reality and the reality of the Premier League is that no one and I mean NO ONE scores every single week or keeps a clean sheet every week.

If you bring someone in because they are on a good run, try and give them at least 2 or 3 weeks in your side before axing them. If you are planning for a new midfielder or defensive combo then save up and use a FT or 2 and give it a few weeks to see if it is working. FPL is definitely a marathon and not a sprint. Nothing will be won or lost because of just 1 GW (Ed – Try telling that to @K3LVIN )

When it comes to defence, try and think long term.

I know that in every part of FPL there are multiple strategies that different folk adhere to with varying degrees of success; personally, I found the most success defensively when I would focus on defensive rotations that worked well together in Home/Away fixtures and paired that with a fixture proof heavy hitter to base the defence around.

I would try to pick 2 teams that were getting regular clean sheets and rotated well home/away but were still budget friendly (think West Brom, Southampton etc.) I would pick which teams to recruit from based on either several weeks or months of kind fixtures coming up or just overall form and ability to keep clean sheets. I would then leave them as the core of my defence so as not to waste too many valuable FT’s on defenders unless there was an injury crisis or if a sudden “points magnet” cropped up that I needed to have.

Don’t transfer out of boredom!

My last urgent piece of advice for new managers or really just any manager would be not to tinker because of boredom. I was doing very well for myself (considering it was my 1st season playing) up until Christmas last year; I had a team worth of about £108 million and was just inside the top 100k. I had a couple of bad weeks in January and allowed that; along with some early January weariness of “template teams” to influence me to start going crazy with transfers. I really wanted to start utilising some more differentials and there were several weeks where I would take a 4, 8 or even 12 point hit at times just to shake things up and try and get the edge on my rivals. IT DOESN’T WORK! I finished the season around the 500k mark and honestly can tell you that if you start getting an itchy transfer finger, just lock yourself out of your team for a week or two, you will do less damage (I promise you) than taking point hits like crazy trying to get that “perfect” combination.

Typical age old story…Originally from Alaska, now living in Northern Ireland… oh and I support QPR…as you do!