Arsenal given Green Light to “Break the Clubs Transfer Record”

Arsene Wenger has been given the go ahead to, ‘break the clubs transfer record,’ this summer according their director Lord Harris. For many years Arsenal fans have been wanting top class signings but more often than not, they did not splashed their cash, resulting in a number of players brought to the club who are not at the standard required to play for a top four team in England. Players that come to mind here are the likes of Sébastien Squillaci, Marouane Chamakh and Nicklas Bendtner to name a few. However, with this new found freedom given to Arsene Wenger, they could build a title contending squad. The previous two seasons have seen Wenger show a different direction regarding his previous transfer policy splashing out on Ozil and Sanchez as marquee signings. That’s a very easy trait for supporters to become accustomed to!

Arsenal were a classy side in the 2014/15 season. Finishing third in the Premier league is no mean feat, but finishing either third or fourth has become second nature now, and the fans are getting increasingly restless. But, with this news of a lot of money there to be spent, they could bring in a great deal of talent. For as long as I can remember Arsenal have been linked with Arturo Vidal, but have now missed their chance on getting a world class midfielder, pipped to the post by Bayern who agreed a fee for the Chilean on July 23rd. They have needed a commanding midfielder for some time now, but now also have to rule out Sami Khedira due to his recent move to Juventus. Their current midfield is technically excellent, with Aaron Ramsey, Mesut Ozil and Santi Cazorla. This has been said multiple times before, but question marks remain surrounding the need for a Patrick Vieira style midfielder, a real box to box player who is strong and powerful. Francis Coquelin’s emergence last season in the defensive midfield role has been phenomenal however there were certainly many who thought the likes of Morgan Schneiderlin could and perhaps should have been added to the ranks.

Arsenal also must look at striking options over the summer period. With news that Alexis Sanchez will miss at least a few games at the start of the season, responsibility will land on either Walcott or Giroud to find then net. While both players have shown quality, neither have been consistent. The Gunners have been linked with Karim Benzema and he seems like the only really good option left, given that Jackson Martinez made his move to Atleticio earlier in the summer. However, with rumours that Edin Dzeko could leave Manchester City this transfer window, could he make an unlikely move to the Emirates? 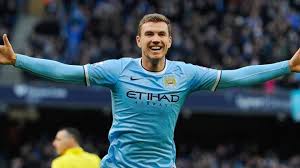 In terms of the defensive end of the field, Arsenal have had a number of defensive frailties over recent seasons; whether it be the manager’s tactics or individual error. Having said that, they were much more organised and the defence was solid last season. Debuchy from Newcastle was a good purchase and when called upon, Nacho Monreal performed admirably at centre back, which is not his natural position. The problem they have had with defenders, is that they have not had enough of them. If one or two were injured, the side was severely weakened due to their lack of defenders to call upon, should such an event happen. I thought Laurent Koscielny had improved a lot last season, but you cannot help but think how much they would benefit from a Hummels or Boateng sitting at the heart of their defence.

While there may be need for recruitment in other areas of the field, there is certainly no need for any more when it comes to goalkeepers. Petr Cech is one of the world’s best, not to mention the backup they have in the form of Wojciech Szczęsny and Ospina. Cech was an excellent buy, and the first step in what has the potential to be a title contending team.

Arsenal clearly have a lot of work to do if they are to really compete with the teams around them. Chelsea were almost flawless last season and would take a huge push to really challenge them for the title. There is also no doubt that Manchester City will strengthen even more than they already have as well. With all three teams having huge budgets to spend, it could make for some very interesting transfers across the rest of the summer.

Who would YOU like to see at Arsenal for the new season? Let us know below