Chelsea backed for 3pts and other Premier League Madness

This has been by far the hardest weak to pick a defender. Man United are prone to a 0-0 this season but have been getting more injuries than a haemophiliac game of dodgeball, Stoke have looked solid at the back but have a tough game against a Europe chasing Palace and I can honestly only see 2 or 3 clean sheets across the whole weekend. Bearing in mind I think you will all probably stick with your current defence this week I’ll go left field and tip a Newcastle defender. They’ve looked so much better in the last two weeks as they have turned over Liverpool and Spurs and Chancel Mbemba has managed to sneak in an assist next to his 2 clean sheets. With Villa at home, they should win but any Newcastle fan will tell you that means nothing. Follow me at your peril.

Like a persistent child wanting to see Star Wars, I am going to continue to tell you to pick Dele Alli until more of you have seen the light. He is still 4.5% picked and that’s hardly a bandwagon since we first tipped him at 0.7% but you should still jump on before others do. I’m not blindly picking him through loyalty, there is reasoning behind my mancrush. On paper, an away game at Saints is an awful time to bring in an inconsistent Spurs player but Southampton are 19th out of 20 in the 3 game form league and Southampton players have been flying under the radar in FPL teams across the country the last month or so. What have they ever done for us? Well yes ok Matt Le Tissier. Sure, The Mayflower but that goes without saying? What have they ever really done for us?

With Lukaku and Vardy playing each other in a clash to match any recent boxing spectacle, there is little room to manoeuvre in terms of usurping their rivals. I kicked myself last week for not tipping Wilfried Bony to punish his old club in the absence of Sergio Aguero. Having got his goal, he surely earns a start against Arsenal and few will be bold enough to bring him or Giroud in this week, with people suffering from big-game-itis. I argue that it is these games that win FPL leagues. Regardless of the opposition, big players score big goals and both Giroud and Bony have flirted with that title in the last couple seasons. Bony would give you a real differential from the 3 of Giroud/Lukaku/Ighalo/Vardy combo that is dominating the FPL leagues. 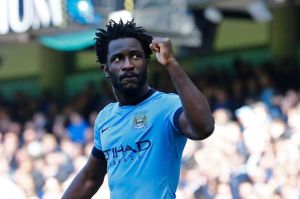 Firstly, if you’re mad enough to still have a Chelsea defender in your team then I would captain him. You’re already playing a differential by having him so why not double it in a home game against Sunderland. That said, I don’t have any so I will be going for big Romelu once more. I think a lot of players will be scared to captain Ozil, Vardy or Lukaku this week with them all involved in big games. I think Everton will prove a test to Leicester and (neck on the line) will give them their second loss of the season. Lukaku is 6 in 6 and edging closer to that Vardy record. I may or may not have 5 quid on it at 200/1. 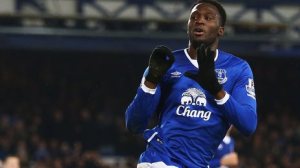 This week, a player that has been in and out of my team more than the hokey cokey. Papiss Cisse was on the fringes of my team last season for weeks at a time and like a postman at Christmas would sporadically deliver. Newcastle are on a run against two so called better sides and Aston Villa at home is a great way to keep Geordies happy for Christmas, until they sober up and realise they still live in Newcastle. He will only give you 70 or 80 minutes before making way for Perez but is well capable of a goal within that time and I think it could be 2 or 3-0.