← Spurs Alderweireld and Dele Alli made a mockery of my wildcard!
Kane Set to Shine for Spurs and Southampton’s Pelle has Great Hair →

#FPL OCD – Gameweek 34 Review: Just when I thought I was out, they pull me back in.

So, the beginning. This was it, this was the week to which the entire season had been building. I had been biding my time, resisting all temptation to deploy the big chips, the triple captain and the bench boost sitting in my arsenal, just waiting to unleash hell. The wildcard was played last week to terrible initial effect, but I knew that there was still time, I knew that this was the big one. 14 DGW players, bench boost active, it was my moment.

Some of you may have heard me on the Fan Feud podcast this week, so will know my immediate despair, but I will try to run through it once more. During my wildcard last week, I knew that Yannick Bolasie, faced with Arsenal and Man Utd this week, would be making way. What I didn’t expect was a Lukaku injury, and the extensive rotation Klopp utilised. I was suddenly forced into a quandary. The best course of action, I decided, was to take a hit, and I tried to choose a secure route into the Liverpool midfield. Out went Bolasie and Lukaku, in came Milner and Martial.

You all know what happened in the first set of games, and frankly I still don’t want to dwell on them. Lukaku out was fine, he missed the first game as expected, and is in appalling form (as detailed by FantasyYIRMA’s ‘Lukaku watch’, surely the best feature on the internet). Then the teams came in. Milner: not playing. Martial: not playing. The rest of my team? Mitrovic: not playing. Mignolet: not playing. Sakho: not playing. Lanzini: not playing. My huge DGW team, and 6 of my players were not starting. Bolasie scored to rub salt in the wounds, and suddenly I had a disaster on my hands. When Spurs ripped through Stoke, having ditched 3 of their players last week, my game week was written off as an unmitigated disaster. Even with players left to play, there was no way for the week to live up to its potential. I was left rueing my decisions, trying to learn lessons for next season in an attempt to salvage something from the wreckage. 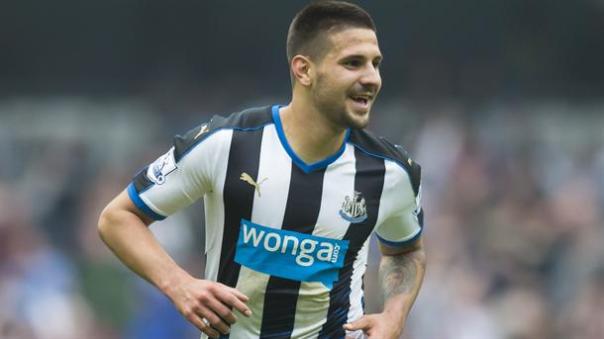 We all know that weeks can turn around quickly. In extremely rare cases, we may have a spell like GW8 this season, where a couple of players run riot in a 20-30 minute spell and we are suddenly propelled from a mediocre score to a great one. More frequently, a goal may give us an instant march on a rival, or save our week with a good captaincy score. However, I have never seen anything like this. Since I started playing the game seriously midway through 2011/12, I have never even imagined a turnaround, or score, like this to be possible. What made it even stranger was that it rested largely on my real life team being utterly incompetent.

There I was, home from work on Wednesday night, settling in to watch the derby. It is always a nerve-jangling affair, but this time I knew we would be on the end of a thumping (check my Twitter profile for more details, mostly too angry to share on here). My whole game week turned in 90 minutes, and I have never been so disappointed with FPL success. Everton were abject, as they have been for 2 years, it was the most disheartening, pathetic, downright disgraceful derby performance I have had the misfortune to witness…and it saved my team. There I was with a Mignolet clean sheet (the easiest clean sheet in history), a Sakho goal and clean sheet, and 2 James Milner assists (and a clean sheet point). So wretched were my real-life side, so hopeless is Roberto Martinez (deep breaths, deep breaths), that they single-handedly conspired to give my FPL team 32 points from 3 players. Yes, Liverpool were excellent of course, but 32 points from Simon Mignolet, Mamadou Sakho and James Milner? That could only be the work of a Roberto Martinez masterclass.

but let's be honest..that's nonsense

How did YOU do?? (I'm setting the bar higher)

Suddenly I was up to 126 points, my highest ever score. Then there was Thursday night. The evening began with disappointment: Gabriel was on the bench. It was up to my 2 other Arsenal players to turn this into a very good week: Hector Bellerin, and Alexis Sanchez (C). I had been lamenting my decision to veer away from Aguero for the captaincy, disappointed that Sanchez was not going to get close to matching him. After 6 minutes, Sanchez picked up the ball, tripped under a knock from a West Brom defender, stayed on his feet, and fired low into the corner. Jubilation. Half an hour later, Captain Fantastic stood over a free kick on the edge of the box. I will be honest, it wasn’t exactly Juninho Pernambucano, but the hapless Foster was stranded in the middle of his goal, and Sanchez was flying.  On Monday night it was looking terrible; by 8:30pm on Thursday I was looking at 164 points and wanting more.

..even with a 20 point hit, the GW top score on the #FPL site is a thing of beauty!!#SmugYIRMA pic.twitter.com/hqg9q59XQW

My greed was not satiated, and I had to settle for the 2 Sanchez goals on the night, 3 in the week. I had annihilated my best ever score, and ended on 164 (a GW rank of 20k, so remarkably not my best of the season). On Monday night I had plummeted to 30k, now I have finally broken the elusive 10k mark for the first season, and sit at 8,077. There are troubles ahead, immediately the problem of fielding 11 next week. I can technically do this with a simple Martial to Kane switch, but with 3 Liverpool players, Gabriel, Mitrovic, De Bruyne and others, it may not be that simple. However, for now, I wish to bask in the most extraordinary of game weeks, one that left people disappointed with scores of around 150. I have risen from the dead in the space of 3 days; on Monday night I half-wanted to throw in the towel, now I am ready to push on for the top 5k and beyond. Just when I thought I was out, they pull me back in.

← Spurs Alderweireld and Dele Alli made a mockery of my wildcard!
Kane Set to Shine for Spurs and Southampton’s Pelle has Great Hair →