Chelsea, Man United and Sunderland – It MUST be a Double Gameweek

Another double game week and another chance to overtake your FPL rivals. Or so we are told. Last DGW taught us to never make plans cos they all turn to crap and you’re left with nothing but a house you can’t afford and a job that pushes you closer and closer to oblivion and self loathing every single day. But let’s pick a some players shall we?

That’s all you want, you vultures!!

I’m going to stick with Cresswell at West Ham and why wouldn’t I? I tipped him last week and he clocked up another 6 points and this week he has the double game week luxury of two home games. The first is against Swansea who have been inconsistent at best since securing Premier League status for next season, and the second against an evenly matched Man U side who don’t always look like scoring goals. He’s a safe pair of hands and probably 6-12 points this week. 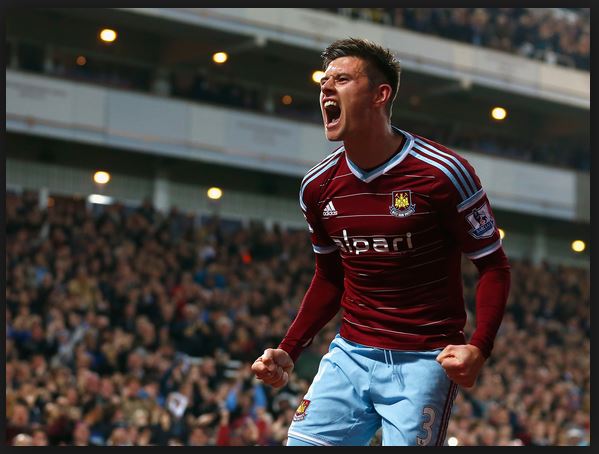 For the midfield pick I will succumb to popular opinion and pick Eden Hazard who we all presumed had retired in October. He has gone public saying he is enjoying football again which is a nice kick in the teeth for those of us not earning 150k a week to go to work but 24 points in 2 game weeks tell us he is honest, if nothing else. Chelsea have nothing to play for but Eden certainly has. Who knows where he will be next Summer or whether he can still attract the interest from the likes of Barcelona, Madrid, PSG etc that was previously rumoured. He also has the small matter of the Euro’s and although I’m not convinced he will bear much fruit against Sunderland, the Liverpool game stands out as a potential Hazard goldmine.

Time for another bandwagon up front and it’s everyone’s favourite pony tailed chav, Andy Carroll. Ordinarily I wouldn’t ignore Liverpool’s two home games but with them still (as I write) in European contention then their line up is a rubick’s cube within an enigma wrapped in a sudoku. There’s no real reason for Carroll’s form, given that a Euros place is surely out of the question but his points total over the last 4 weeks really is incredible and it includes huge scores against Leicester and Arsenal. Many of you are already on this but in case you’re looking at Aguero wondering if he can do in 1 week what Carroll can do in 2, I’m not so sure.

CAPT: Brace yourself. It’s Jermain Defoe. You weren’t braced? I told you to brace yourself! Earlier in the season, I mocked someone for suggesting Defoe on my podcast. I was wrong. His return has been incredible for a guy in his twilight years, playing for a God awful side under a woeful manager. Sunderland have a real chance of survival and Defoe is crucial to that chance. Home games against Chelsea and Everton seemed impossible to win 4 months ago but I genuinely believe they can now beat them both. Defoe will be the outlet on 99% of their attacks and will likely be stood over any penalties as well. Even if they lose,they’ll go down swinging and I would be astonished if he doesn’t get at least one goal out of these two games and as I’m also captaining him, I’m hoping for more. 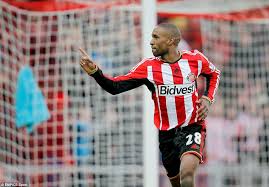 Right, now I picked this one out on Monday praying he didn’t get injured, picked by more people or given one of those fashionable retrospective bans that are going about. Antonio Valencia hasn’t exactly been an FPL powerhouse this season and the main problem has been that he hasn’t even played. The last 3 games however, he has suddenly got 90 minutes and it’s no coincidence that United have looked a lot better. He has been one of their main attacking outlets from right back and the qualities that once made him an exciting winger have bagged him 26 points in 3 games without anyone really noticing. Anyone that is who doesn’t have to write a blog that he isn’t even sure people read on a Thursday night. (Ed:Posted on Friday morning)He’s going right into my side and he should go in yours too.