← Disappointing, Dropped and Doping – Fantasy Football Review!
Chelsea, Man United and Sunderland – It MUST be a Double Gameweek →

ED: It makes me scratch my head in both bewilderment and amazement but this is now the 150th consecutive Gameweek Preview for FantasyYIRMA.com. Thanks for the continuous support and engagement and many thanks to site writers @Mark_Jones86, @CraigHazell and @JohnOC1991.

So the FPL world has officially gone mental. If it isn’t Liverpool dropping everyone, it’s Eden Hazard making worthwhile contributions and it makes our lives difficult. I know a lot of you have thrown in the towel for this season but that means so have your mates, and all the more reason you shouldn’t! Unless of course they read this too. It’s all very meta. What we do know is that we have to stick to what we know.

Before anyone thinks I’m quoting UKIP above I just mean that we need players who will play 90 minutes and a man who has done that all season is Aaron Cresswell. West Brom (un)officially ended Spurs’ title race last week but Pulis runs a dull ship and I think Hammers vs Baggies has 0-0 all over it, and failing that I think Cresswell’s men might edge it. It won’t be pretty viewing and probably the least appealing meeting of the Wests since Fred & Rose last hosted a Sunday roast but that bodes well for defenders.

With FPL darling Dele Alli doing his best Duncan Ferguson impression, it could leave a vacancy for someone else to be bloody good at everything. Luckily Christian Eriksen is already bloody good at everything and has 38 points in his last 5 games. Yes, Spurs’ title race is over but let’s not forget quite how much finishing above Arsenal means to them. Not to mention their loathing of Chelsea. Chelsea of course look a much better side of late but admit it or not, Tottenham are just a much better side and with Eriksen already over every set piece and now also allowed more creativity and movement in the middle, I can see him getting 5+ points easy.

I know we should all be avoiding Liverpool players. Lord knows we have all been burnt by Coutinho in recent weeks but up front they really have little option. My logic of needing match fitness didn’t work for KDB last week but Liverpool have Origi injured, Ings presumed dead and Benteke still shit. Daniel Sturridge is really their only option and although expensive is one of the few worthy replacements on Jamie Vardy if you have the cash, which hasn’t been a problem this season. Europa League is obviously their priority but Swansea’s priority seems to be apathy and Liverpool’s second string with Milner and Sturridge could still turn them over. 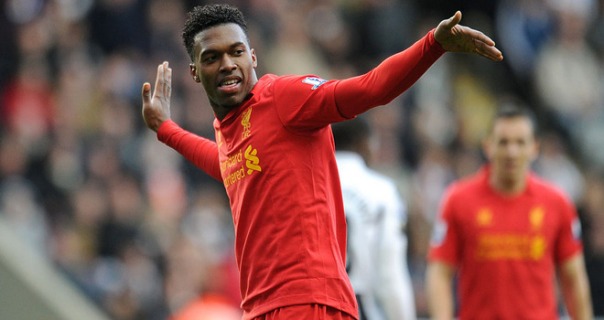 Begrudgingly I will be sticking the armband on Alexis Sanchez this weekend. Aguero might not play, Kane may not get much change out of Chelsea and Darius Vassell retired years ago. Norwich are fighting for their lives and could easily get a result against the Gooners like Sunderland did but it’s a home game, and we have little option. If Arsenal treat the game like it isn’t SoccerAid for once then they might actually do us all a favour.

It’s not the first time I’ve tipped Andros Townsend but it is the most logical time. Newcastle are definitely feeling The Benitez Effect and have a legitimate chance of surviving. Townsend has been a big part of that and finds himself the fifth most in form midfielder in the game. Crystal Palace on the other hand have little to play for in the league. However, they have the FA Cup and are the most surprising finalists since Rik Waller on Pop Idol. Although it is weeks away and they will still field strong sides, they clearly only have eyes for silverware and won’t have quite the same heart for the fight as Newcastle do. Their fans also won’t give a monkeys if they lose in the league providing they stuff United at Wembley.

← Disappointing, Dropped and Doping – Fantasy Football Review!
Chelsea, Man United and Sunderland – It MUST be a Double Gameweek →