This week, I have spent a vast majority of my time listening to the new Radiohead album, ‘A Moon Shaped Pool’. It is another glorious record to add to the band’s unparalleled collection, but there is a sadness that underpins the album. Thom Yorke recently split with his partner of 23 years, and there is an undercurrent of regret, of sadness, and of the feeling that time has passed, and his journey has not always taken the direction that he would have wished.

An attempt to articulate my thoughts on the latest Radiohead masterpiece:https://t.co/Z8U0YwIV1a

It is apt that this release has coincided with the end of the season, and, with pain certainly comparable to that of breaking up with the love of your life, I have had to watch my FPL team fade into nothingness after such promise. 3 weeks ago, after my DGW bench boost, I sat at 8k and dreamed of a top 1k finish. I have been unable to kick on, and the final few weeks have followed the same pattern as much of my season: one step forward, two steps back. I was faced with problems with players not featuring, and was forced into a couple of hits. This week has not been bad in and of itself, but, as Yorke sings on the beautiful Daydreaming: it’s too late, the damage is done.

90 points this week took me to 12k, but the 2 previous weeks were too much to crawl back from. This week I had to gamble, and took a punt on Andy Carroll Triple Captain. Yes, that Triple Captain chip which I have resisted, waiting for the perfect moment to unleash hell, went to Andy f*cking Carroll. It was a move just as stupid as it looked on paper. I sold De Bruyne for a hit (though Hazard almost made up for that switch), and benched Alexis Sanchez for James Milner, who romped home with a stunning 1 point in a double game week. My side has been a car crash recently, players have been not featuring, or turning up for a 1 point cameo, and now I can only try to crack the top 10k. I have made no progress since GW13, and others who were struggling in the 1m+ area have flown past me. My season had all of the promise, and I have made nothing of it. I could go back through the season to trace where it went wrong, but I would end up curled in a ball playing the Radiohead album on an indefinite loop. 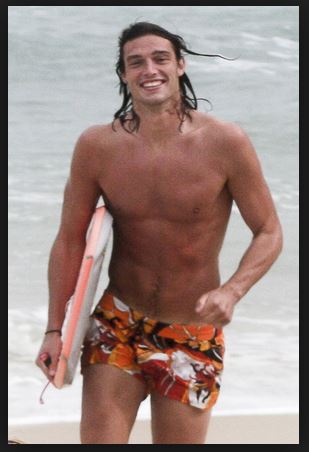 My week was saved by the unlikely hero: Patrick van Aanholt. Van Aanholt’s 17 points gave me some respectability, but this was not how I envisioned the blistering WC-BB-TC ending. I expected a storming ending when I hit the WC button in GW32 I was sat at 15k; 6 weeks on I have climbed 2,000 places. Before van Aanholt’s goal, I had actually regressed. The end of season run looked too good to be true, and it was. I jumped headfirst into the excitement, and it has been a hugely damp squib. In many ways, I have mirrored my own team again. While there will be some ranked much lower than me, the equivalent of Aston Villa, Newcastle or Norwich, wondering why I am so disappointed, I feel like Everton. So much promise, so much potential, and it’s just ended up being…nothing. For a while I was Roberto Martinez, trying to convince myself that everything was going just as planned, and that the end of the season was going to make the difference, but there have been deficiencies and now I am left with nowhere to hide. Dancing to Jason Derulo, wearing brown shoes, calling everything “phenomenal” – they cannot mask the failure. Much like Everton, my team has gone backwards, and only I can take the blame. Well, it can be divided between me, Pellegrini, and Klopp, who insisted on resting players purely out of spite for me. In fact, give Klopp 40% of the blame. 45. Actually, make it fair, give them 45% of the blame each. I will happily take the last 10%…and split it with Andy Carroll. 9% to him, 1% to me. I’m being generous.

This is the time of the year when we FPL managers take stock, prepare for one last week, then reflect on our seasons, and possibly on our FPL careers. As someone who took a break for 2013-14, I know how draining this game can be, and if one finishes with a demoralising ending, it can be hard to pick oneself back up for the next year. The summer will give time to recharge the batteries, but there are many weeks when we ask “why do I play this game?”, and this is certainly one for me. I was in Madrid over the week and weekend, and after 3 days watching the Madrid Masters tennis, and watching a brilliant Real Madrid v Valencia game at the Bernabeu, I checked my score on the Sunday evening.

We picked a good week to soak up the culture of Madrid… pic.twitter.com/AVKBCH7QC5

That sinking feeling hit home, I saw who had scored for Arsenal and Man City, I saw my low points total, and all I could think was: “why do I put myself through this?” It’s a thrill when you do well, but my word it can be tough.

However, as well all know, this is the Hotel FPL. You can check-out any time you like, but you can never leave.