FIFA World Cup Fantasy: 5 Bargain Picks for Consideration in Round 2

Fantasy football is the only reason I have paused my playlist entitled “world in motion” for the first time since Harry Kane’s dramatic late winner against Tunisia in the first group game. What a first gameweek it has been with several of the big boys failing to register three points (or even one point in the case of the reigning world champions) against beatable opposition.

With a thrilling first gameweek coming to an end, here are five players that I will be looking to pick up in my leagues or as a low cost option in the budget version. Having said that, this tournament has all the early hallmarks of being completely impossible to predict.

Written by Will “Old Man” Rivers

Peru were easily the unluckiest team in the first gameweek. The South Americans spurned numerous clear cut opportunities against Denmark, including a penalty which Christian Cueva ballooned miles over the bar, and would have felt hard done by drawing 0-0, let alone suffering a 1-0 loss. Going into their GW2 matchup with France, Peru would have circled the opener against Denmark as a “must not lose” game.

However, coupled with Les Blues lacklustre performance against the team many expected to be the group’s whipping boys, they will take great heart from a lively display in their own game. Cueva and Paulo Geurrero are ones to watch in this side but I like the look of vastly experienced Jefferson Farfan. Don’t be surprised if Peru rival Mexico in the shock result department this week. If not, any Peru attacker will be a great asset going into a potentially crucial show down against Australia in the final game of the groups.

It already feels like an age since Russian smacked five past Saudi Arabia. Alexander Golovin lapped up all the plaudits following a dominant display from the hosts in the opening game of the tournament but it was winger Denis Cheryshev who lit the blue touchpaper by scoring two stunning goals.

With the stricken Alan Dzagoev seemingly out of the tournament, Cheryshev looks certain to keep his place in the side and you wouldn’t bet against another decent return against Egypt.

As a fantasy manager, there’s nothing worse than seeing your striker cost you points by wasting numerous clear cut chances.

However, owners of Alexander Mitrovic will be encouraged by the number of chances Serbia created for him and the fact that he kept on getting into those positions. Going into a daunting third match against Brazil, Serbia will be looking to all but wrap up their qualification in this gameweek with a win against a Switzerland side who, despite snatching a draw against the mighty Brazilians didn’t look up to much in GW1.

One of those chances is bound to go in for Mitrovic this week anyway. Surely… 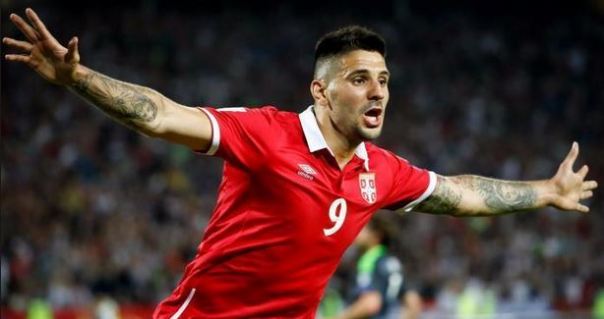 This man is the very definition of someone playing for a big move. Hirving Lozano’s performances at PSV last season have caught the eye of a few potential suitors in the major European leagues and he will have done his chances of securing a big move no harm by scoring the winner against the World Champions on Sunday.

Mexico captured the hearts of many with their break neck speed counter attacking and the electric Lozano was a big part of that and with easier fixtures ahead he looks like a great option to own. Plus, few will have known of his existence before the Germany game, apart from those who have played FIFA18 of course…

Let’s face it, anyone playing for Uruguay against Saudi Arabia on Wednesday is an excellent fantasy option. The world will wait in expectation of a resounding Uruguay win against the minnows of Saudi Arabia and Russia showed that the goals and assists could come from any area of the team. In short, the Arabians don’t have a weak link, they are one collective weak link.

The South Americans didn’t set the world alight themselves in their opener against Egypt but substitute Carlos Sanchez proved to be their bright spark off the bench, eventually setting up their last ditch, injury time winner. Many will expect him to start against Saudi Arabia, making him a very viable option. If you own Luis Suarez and/or Edinson Cavani, you are already in the money.

Specialise in #DraftFPL and being a bitter Liverpool fan