This past week has been difficult as yet another lockdown drags on interminably in my part of the world, and most likely in yours too. It seems clear to me that people are getting tetchy, cranky and downright moody, not just at the COVID restrictions, but at anything and everything they see.

If you think a certain football manager is bitchy to reporters, there may be a reason behind it. If you think that dancing nurses or police officers are a disgrace because they should be working 24/7 instead, keep your scathing criticism of front-line heroes to yourself. If you think that Pep is an absolute tool because he benches your Double Game Week Captain at least once this week, then bite your tongue and…..actually, no, that’s allowed. The swine!

Two games this week for the Burnley centre-half, as he faces a Zaha-less Crystal Palace and a Fulham side who have blanked three times in four games. There’s a cracking chance that Ben Mee records two clean sheets and nods one in from a corner.

So which Manchester City midfielder will play 180 minutes this week and score the most points?

This is the ultima Pep Roulette round. We’re all going to have the defensive City asset and whoever gets the midfield asset bet to pay off will be rewarded with green arrows.

I’m plumping for Raheem Sterling myself. He’s got half the ownership of Ilkay Gundogan so that could help if you go against the tide. Four goals and an assist in his last five starts, and when you see Sterling tapping in from a yard out, you know he’s the right Man City man for your team. Even he can’t miss from there.

When you select a player for your side in FPL and watch him trotting around the pitch barely trying a leg, it’s a bit frustrating, isn’t it?

You won’t get that with Big Pat Bamford though. He picks himself in FPL and plays like it. That’s good enough for me. 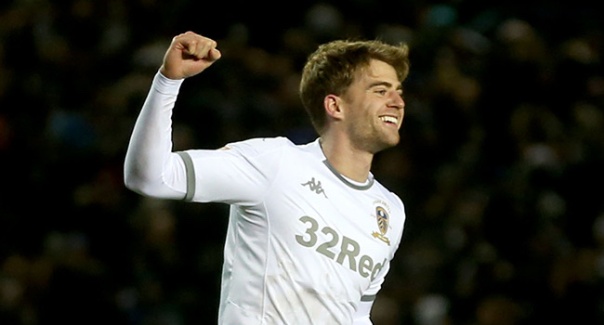 Bruno will score more points in a single game than any DGW player this week.

That’s a bold statement, but one I firmly believe. West Bromwich Albion are as weak defensively at The Hawthorns as I am when arguing with the missus at, err, The Hawthorne’s. Shambolic, nonsensical and a bit pathetic. And as for West Brom…

24 goals conceded by The Baggies in their last six home games, and they now face the deadliest FPL asset in the game. I might even Triple Captain him y’know.

Some may say that the injury to Callum Wilson spells the death-knell for Newcastle United this season, but where some see problems, I see opportunity.

It’s now time for the other attacking Toon assets to step up, and the 2.4% £5.1m ASM could be well worth a punt for the next few weeks.

Posted on 12 Feb 2021, in Player Selection. Bookmark the permalink. Leave a comment.