Written by @CraigHazell – (that’s important!) #FPL GAMEWEEK 30/31 With the gameweeks coming thick and fast this will serve as the preview for Gameweeks 30-31 #ScoreYIRMA DEFENDER: BEN DAVIES, SPURS It’s the time of the season where you can start to look at all remaining fixtures as a block of games rather than only looking […] 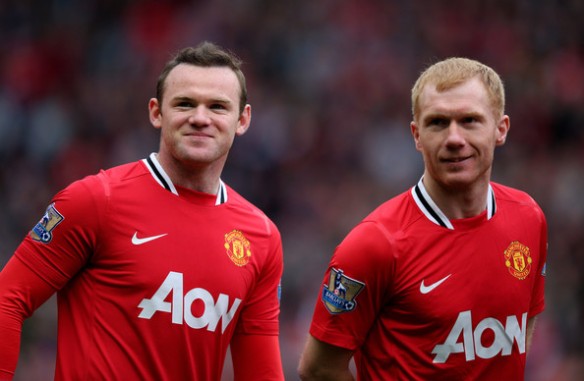 Around this time last year, when we thought we’d seen him kick a ball and/or opponent for the final time, we were hearing from one man an awful lot more than we were used to.

You suspect that it was a little forced, and that Paul Scholes didn’t exactly want to hold court on issues ranging from life under Sir Alex Ferguson to the trophies he’s won to the reason why he retired from playing for England so early, but when you’ve got an autobiography to sell there are certain sacrifices to be made.

It’s doubtful that Wayne Rooney sees them as sacrifices though.

The international break – a break he has sat out following the nasty thigh injury he picked up against Fulham – has seen Rooney plugging his latest book My Decade in the Premier League, the third autobiography from his money-spinning deal with publishers Harper Collins signed in 2006.

The reviews haven’t exactly been stellar, with the book’s serialisation offering up the ‘fascinating’ insights that Rooney once returned to training following a summer holiday unfit and overweight, and that he could barely stomach seeing Manchester City winning the league last season. Stephen Hawking’s A Brief History of Time it isn’t.

Whilst the book does offer us a timeline of Rooney’s career ever since he joined Manchester United in 2004, it will be unable to shed light on the most interesting period of those eight years. Namely right now.

Ferguson – who is believed to privately see Rooney’s injury as a blessing in disguise given that he once again returned from his summer break in less than top condition – made huge statements in the summer with the captures of Shinji Kagawa and Robin van Persie, the former a shining light in one of the most entertaining sides on the continent over the past couple of years and the latter a prolific goalscorer who is already well on his way to becoming a Premier League icon.

The question of where these purchases left Rooney was almost immediately raised, and although Manchester United’s strongest team would still surely find room for their No. 10, the belief that the forward is undroppable rather quickly evaporated. Suddenly Rooney would have to work harder than ever before.

So perhaps it isn’t the best time to be rolling out another book, specifically one which points out that one of your major flaws is an apparent aversion to staying healthy when out of your manager’s gaze.

Such decisions are likely to be taken out of Rooney’s hands of course, but at a time when actions need to speak louder than words, the forward is creating an awful lot of noise.

Scholes quickly went back to letting his football do the talking following his return to the game and to the Manchester United team back in January, and Rooney could do worse than follow in his team-mate’s footsteps when it comes to ensuring that the chapters in future tomes will be successful, Old Trafford-based ones.

At the end of the current season there will be two years left on the contract that Rooney earned after so much dramatic posturing at the end of 2010, with the entry into the final 24 months of a deal traditionally the moment when key, difficult decisions have to be made about a player’s future – unless you’re Arsenal of course.

Rooney will be 27 next month, and with United never likely to be able to get more money for him than they could command in the summer then a key decision might have to be made, a decision that could be made easier if Kagawa and van Persie turn out to be the success stories they are threatening to be.

When he’s fully fit Rooney will be back in the United and England teams, but as the man himself seems so keen to tell us, just when that will be is up for debate.

He can talk a good game, but Rooney now needs to get back to playing one.