Off the Mark: Cardiff and Fulham face off in the dysfunctional derby 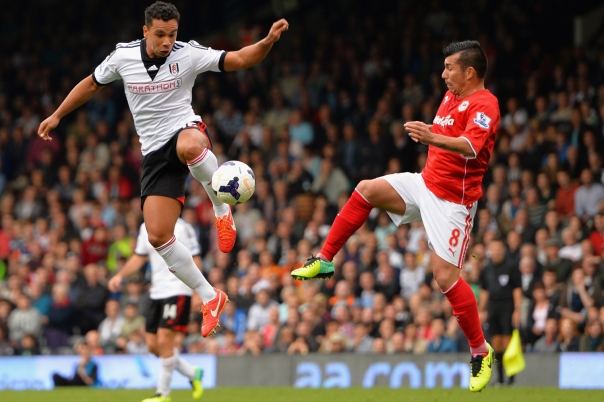 It’s only the first week of March, but the loser of this weekend’s clash between Cardiff City and Fulham will find it very difficult to prolong their Premier League futures beyond the next two months.

That might seem to be somewhat of an overreaction given that after it there will be nine games remaining and 27 points available for both to try and climb from the lower reaches of the table, but the misery that currently engulfs both clubs makes it difficult to imagine any sort of winning run being put together, let alone a season-saving one.

Their presence together at the foot of the Premier League table – Fulham bottom on 21 points, Cardiff immediately above them on 22 – might have been established for a few weeks now, but it is made all the more interesting because both have arrived there via very different routes.

For Fulham, this is a 13th consecutive season in the top flight, a run that is only bettered by six of the current top seven (the pre-Sheikh Mansour Manchester City were in the Championship as recently as 2003) and Aston Villa.

For a long time they were almost the ghostly figures of the Premier League, drifting around, going unnoticed until you were able to pick them out of a crowd. A little like Kevin Spacey in that Oscars selfie.

But Mohamed Al-Fayed’s decision to end his ownership last summer always meant that something was going to change. Shahid Khan entered and a season of struggled ensued, with manager Martin Jol paying the price when he was sacked in early December.

That was all well and good – and indeed plenty of Fulham supporters welcomed the decision – but what was key now was that the club united behind the new man as he looked to make improvements, exactly as we have seen with the likes of Tony Pulis at Crystal Palace and Gus Poyet at Sunderland. Fulham didn’t do that.

The decision to sack Rene Meulensteen just 75 days after replacing Jol was a crazy one, especially as the Dutchman had just overseen credible displays against Manchester United and Liverpool. Darren Bent earned his side a hard-fought point from the former, and only a last gasp Steven Gerrard penalty denied them one in the latter.

At Cardiff there have been different, but entirely similar acts of shooting themselves in the foot.

It is a shame – although simply a fact of modern football – that it took the Welsh club’s elevation to the Premier League to finally make the national press take notice of the destructive acts of owner Vincent Tan.

Plenty of the club’s fans – although importantly not all of them – could get over the kit changing from blue to red, but the needless decision to sack manager Malky Mackay was a step too far.

Mackay attracted widespread sympathy when he was given the bullet in the week between Christmas and New Year, with Tan using that occasion and plenty since to show the watching world who the club’s real boss is. All well and good in an ego stroking, self-publicity kind of way, but for keeping a football club in the Premier League? Not so much.

And so it has come to this.

Venerable old Fulham head for South Wales on Saturday, when they will be managed by fierce old Felix Magath. Opponents Cardiff, loud and garish this season thanks to their owner, will be overseen by the quiet, reserved and largely inexperienced Ole Gunnar Solskjaer.

Neither look a good fit, and neither will be managing a team shaped in their image – however many Norwegians and ex-Manchester United  players Solskjaer has managed to rustle up by kick-off.

In many ways, this is the most unpredictable match of the Premier League season so far. Cardiff won 2-1 at Craven Cottage in September, but the teamsheets for this one will be virtually unrecognisable from back then. Two different managers will shake hands before the match, too.

Whoever wins will still face a huge task to stay up, but for whoever loses that task could be too great.

One or both of them looks certain to fall in May, but at least they’ll be leaving behind a valuable lesson both for those that remain and those that replace them.

Given his previous – a shoving match with Arsene Wenger, pushing an assistant referee, abusing Manuel Pellegrini – then what use is a touchline ban for Alan Pardew?

After headbutting Hull’s David Meyler the Newcastle boss should be given anger management classes, or at least be made to see a sports psychiatrist such as Dr Steve Peters, who does intermittent work at Liverpool and has just been hired by England for the World Cup.

It is easy to scoff at the mental side of the game when there are those such as Pardew who seek to redefine the word, but controlling your emotions is increasingly important within it, as we saw at the KC Stadium.

The Blues are have clicked into gear as they chase glory on two fronts, and they can see off their London rivals with main man Eden Hazard getting on the scoresheet.

Back Hazard to score at any time and Chelsea to win at 5/2 with BetMcLean.com. 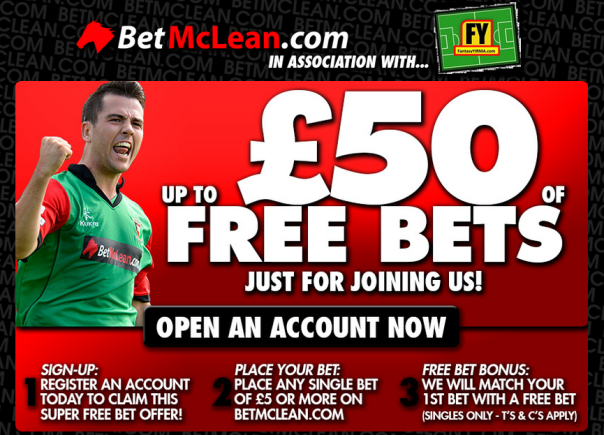 Posted in Off the Mark

Off the Mark: Cardiff City’s great day against Manchester City was missing plenty of important people

The Premier League is, as we are often told, a “worldwide brand” the kind of which very few can compete with. Every weekend all over the globe there are people waking up at all hours to catch a glimpse of their favourite clubs, players and matchups, and they’ll do it all again and again. To […]

Posted in Off the Mark.