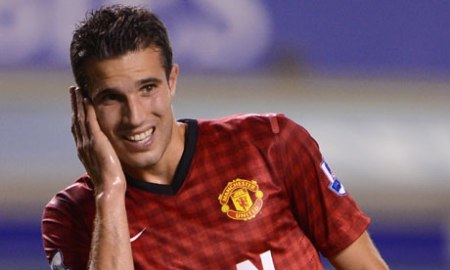 Having survived Manchester United’s trip to Swansea, Robin van Persie (£13.9m) will be determined to help his side fight back to winning ways on Boxing Day.

United drew for the first time this season in South Wales on Sunday, and although Sir Alex Ferguson was more concerned with the excellent Ashley Williams (£4.8m) accidentally booting the ball at his Dutch forward after the game, the Scot will by now have switched his attentions to his side’s next three matches over the festive period – all of which offer United a glorious chance to stretch their lead at the top of the table.

Newcastle are first visitors to Old Trafford on Boxing Day before Ferguson’s side host West Brom and then make the short trip to Wigan on New Year’s Day. All are winnable matches as they look to increase their four-point advantage over neighbours Manchester City.

Wayne Rooney (£12.0m) played poorly in that Swansea game, and although Patrice Evra (£6.8m) showed that the Red Devils can score from all over the pitch on Sunday, it is Van Persie who should be backed as Alan Pardew’s side make the trip to Manchester for a match that the hosts should win.

Strikes on the London Underground mean that Arsenal and West Ham’s players can enjoy themselves on Christmas Day just that little bit more in the knowledge that they won’t be playing on Boxing Day – their fixture at the Emirates Stadium has been rearranged for Gameweek 23, double Gameweek fans – and so with no Santi Cazorla or Kevin Nolan to call upon then midfield points will have to be found elsewhere.

They might be seen at Goodison Park, where a still Marouane Fellaini-less Everton host Wigan.

The Blues were perhaps a little fortunate to beat West Ham on Sunday, but with the scheming Steven Pienaar (£6.6m) in their side they could follow that win up with a home victory over the Latics.

Pienaar has scored three goals and made six assists this season, and in the absence of Fellaini he’ll be looked to provide the goods for the Blues, who will also be looking for goals from Nikica Jelavic (£8.2m) and good service from Leighton Baines (£7.5m) against his former club.

Manchester City face a tough game at Sunderland and they could have to be as patient as they were in the 1-0 win over Reading. Whatever happens though they should keep things tight at the back against one of the lowest scorers in the division, with Serbian defender Matija Nastasic (£5.6m) looking to help keep a clean sheet for the seventh time in his last 10 matches.

Defenders look like being on top at the Britannia Stadium too, where Asmir Begovic (£5.6m) and Ryan Shawcross (£5.9m) will look to keep it tight at the back against a Liverpool side for whom Martin Skrtel (£5.9m) and Jose Enrique (£6.0m) impressed in their win over Fulham.

Three Chelsea’s defenders chalked up a double-figured amount of points against Aston Villa on Sunday – Cesar Azpilicueta (£5.6m) was the odd man out with a measly nine – and although Gary Cahill (£6.2m) didn’t join David Luiz (6.5m) and Branislav Ivanovic (£7.0m) on the scoresheet in that huge 8-0 victory, he’ll be ready to impress at Norwich ahead of the expected return of John Terry (£6.5m) and can always be relied upon to provide a goal threat.

Williams and Swansea go to Reading, where Michu (£8.2m) will be hoping to continue his stellar form, whilst many Fantasy bosses will be looking upon Fulham’s home match against Southampton as a last chance saloon for Dimitar Berbatov (£7.1m) following seven matches without a goal for the Bulgarian.

QPR have a great chance to pick up a second win of the season as they host West Brom at Loftus Road, where Adel Taarabt (£5.7m) will be hoping to inspire the hosts, whilst Aston Villa won’t enjoy taking on a lively Tottenham side following that hammering by Chelsea.