Don't drink &Transfer…But if you must make changes under the influence – read the http://t.co/y6nNjgKc GW Preview first!! #FPL Responsibly

It may have snuck up on you somewhat, but Steven Gerrard (£9.7m) is currently the fourth top points scorer in Fantasy Premier League.

Only Robin van Persie (£14.1m), Juan Mata (£10.1m) and his Liverpool team-mate Luis Suarez (£10.7m) have picked up more points than the Reds captain, who has benefitted from a new fitness regime brought in by Brendan Rodgers as he’s played every single minute of Liverpool’s 25 league games this season.

The likes of Gareth Bale (£9.8m), Theo Walcott (£9.6m) and Michu (£8.4m) have all been passed by Gerrard in recent weeks, as the frequent niggling injuries which have dogged his last few campaigns and seen his team struggle along without him have become a thing of the past.

Seven goals and 12 assists tell their own story of a player who is arguably in his best form for five years, and the England captain could be a man to trust ahead of Liverpool’s double Gameweek.

Points look on offer for the men from Anfield in home matches against a West Brom outfit who have lost five of their last six in the league and then a Swansea team which will be playing just a week before their appearance in the Capital One Cup final. It must be noted that Liverpool travel to Zenit St Petersburg for a Europa League tie in between those matches, but Rodgers is likely to chop and change things for that one. It’ll be the league that he’ll be focusing on.

Gerrard – having picked up bonus points in six of his last nine matches – won’t be in a hurry to let go of that 100% league record, and off the back of his trademark goal against Manchester City last weekend he’ll be vital in his team’s hunt for points, and maybe yours too.

Despite the Englishman’s form, Suarez is still likely to be captaincy choice of the majority – and six goals in his last six games tells you just why – whilst the impact of Daniel Sturridge (£7.7m) at Anfield also makes him worth considering despite a niggling injury.

However with Liverpool now boasting the Premier League’s best home defensive record having conceded just 10 goals, a move for Glen Johnson (£6.4m) could prove wise given the right-back’s qualities going forward. The Reds are likely to be on the front foot in both of their matches, and Johnson could prove to be a key part of that.

Elsewhere the first of Swansea’s pair of matches is at home to bottom of the table QPR, and so there will be support for Michu and the increasingly popular Ben Davies (£4.6m).

Chelsea will be backed to beat Wigan at Stamford Bridge in a match which could see Fernando Torres (£9.4m) fire given the facial injury suffered by Demba Ba (£8.2m) – well, it could ― whilst Eden Hazard (£9.3m) will return from his ban. Wayne Rooney’s (£11.9m) renaissance might continue at home to former club Everton at Old Trafford, where Manchester United goalkeeper David De Gea (£5.5m) will be looking to follow up what was only a fourth clean sheet of the season at Fulham last time out with another shutout.

Sergio Aguero’s (£10.9m) stunning goal against Liverpool last weekend might finally convince many that he is the Manchester City forward to bank on ahead of his side’s trip to Southampton, whilst Emmanuel Adebayor (£9.0m) is set for a return to the Tottenham squad for the home clash with Newcastle.

Whilst the Togolese was away at the African Nations Cup, Aston Villa’s Christian Benteke (£6.7m) picked up support from Fantasy bosses as the key man in his struggling team, and with the Belgian hitting five goals in his last five games to become one of the 26 players have reached over 100 points by Gameweek 26 he is sure to keep that support onside.

Villa face West Ham at Villa Park on Saturday, and with the visitors losing eight of their 12 away games this season, Benteke can improve on his tally even more. 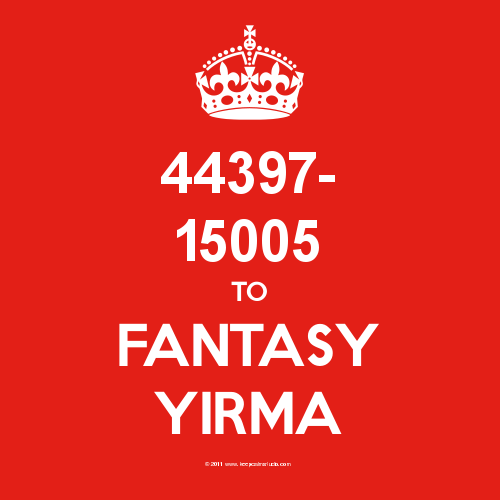 The Official FantasyYirma League is FREE  TO PLAY and has a £50 cash prize for the winner.

To take £50 off your mate in a bet is fun- to make him sponsor the league for an entire season …is funnier.