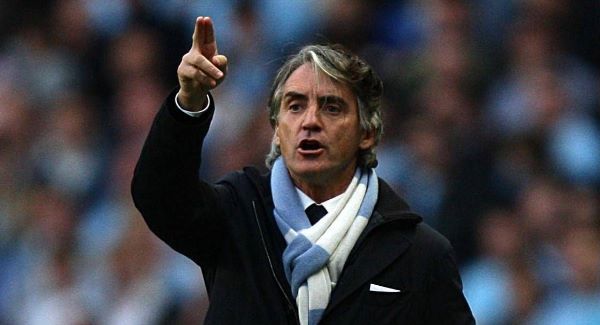 Whatever happened it could never be as exciting as the end to last season, but the closure of this campaign looks to be somewhat quieter for Manchester City.

Of course they have an FA Cup semi-final against either Manchester United or Chelsea to prepare for, but as much as fans will enjoy that day and acknowledge that it was winning this trophy in 2011 which really kickstarted City’s time amongst the big boys, it’s not quite the ending to the season they envisaged.

This was supposed to be the year when City – fresh from that remarkable ending to last season and buoyed by their title of champions – made a big impact both home and abroad; starting an era of dominance in the Premier League and establishing themselves as a big hitter in the Champions League.

With neighbours United running away with the league title in England, and having fallen foul of a devilishly tricky Champions League group for the second season running, this has so far been a year of standing still for City.

Of course they could still rescue it by winning the FA Cup back at Wembley in May though, and that prospect alone should be enough to convince City’s infamous owners that manager Roberto Mancini should be allowed another crack at the job next season. Whether or not he will is another matter of course.

As we discussed on these pages back in October, City’s summer signings didn’t look as though they were going to significantly improve the squad. Maybe this year it will be different.

With Mario Balotelli having packed his no doubt eccentrically coloured bags for Italy and Edin Dzeko an apparent target for Borussia Dortmund, Mancini will almost certainly be in the market for another forward to complement Sergio Aguero and Carlos Tevez in the summer. He simply must be allowed to spend big this time.

Missing out on Robin van Persie last year was one thing, but Mancini then had to watch the Dutchman slot into Manchester United’s winning machine and only add to their ruthless nature. That simply can’t be allowed to happen again.

Providing the Italian with a top class forward in the summer – in other words a Radamel Falcao, or maybe even a Luis Suarez – is simply essential if City want to be challenging for the type of honours they want to be in the mix for at the end of next season. A statement needs to be made.

Sadly, a much more likely statement could be made with the removal of Mancini, a man who has been in his position at City since December 2009 but has frequently made enemies during that time.

Just like Arsene Wenger and Rafael Benitez before him – and right now come to think of it – Mancini has frequently paid the price for being a bit different, and for saying things that we don’t normally hear from the mouths of managers in the Premier League.

He shouldn’t be shunned just for simply having a personality though, and if he can spend the summer finding the personality that his team produced in their epic Premier League victory last season then there is nothing to suggest that they won’t be celebrating success again next year.

It’s safe to assume that if this were Chelsea then Mancini would have lost his job already, but this is Manchester City and they have admirably stuck by their man so far.

Stick by him a little more, give him some better players and they might find out that they won’t regret their decision come 2014.