← Crystal Palace Fan Post: How high can the Eagles Soar?
Off The Mark: Time for Tottenham talking to stop as post-Bale era begins →

I would love to sit here and tell you that using my Wildcard between Gameweeks 3 and 4 was part of some pre-determined plan; that in my third #FPL season, having never used an early Wildcard, I deliberately planned on testing out the early Wildcard strategy this year after reading stories of so many successful #FPL managers who swear by the early Wildcard theory.

And if I’m being honest, if I were sitting here telling you that, a certain portion of it would be true. This being my third #FPL season, I did start the season with the intent of testing out the early Wildcard method. Part of me was curious what that type of strategy would look like, and whether or not getting out to a great start, enhanced by and combined with an early Wildcard, would leave me looking over my shoulder at the managers growing increasingly desperate to take ill-advised risks in an attempt to catch up to the lead I’d established.

The very last thing I envisioned was using an early Wildcard to try and climb my way out of a self-inflicted hole in an attempt to right an FPL ship taking on water and looking increasingly likely to sink to the bottom of the FPL ocean without taking advantage of the only liferaft offered to underperforming FPL managers in a month not named January.  But that is in fact where I find myself after three gameweeks of FPL craziness; searching for answers and trying to pinpoint where it all went wrong and where the train left the proverbial tracks.

As if queuing up the Band of Regret and Remorse, just writing this article brings back the acute feeling of nausea I experienced after watching Captain Dzeko taken off after 45 minutes of uninspired football during the home fixture with Hull City, cementing 2 FPL points from a captain I had such high hopes for.  My vision went blurry. I felt like I had been kicked in the teeth, groin and gut all at the same time, but ultimately, I knew that I had taken a gamble on a player subject to rotation amidst the depth of one of the richest football squads in all the world. In fact, immediately after gameweek 3 ended, I couldn’t even bear to sign in to Twitter let alone talk about or discuss FPL. Gutted does not even come close to what I was feeling at the time. Nauseated, confused, bewildered, and unlucky are pretty decent descriptions, but they all need to be combined with embarrassed and horrified to truly give you an idea about how it felt.  When combined with the excitement and anticipation I felt after “studying” my ass off during the preseason in hopes of capitalizing on the relatively successful FPL season I had last year, I was simply crushed. 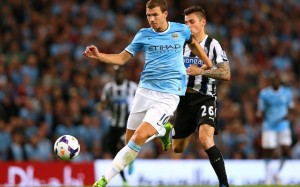 Looking back, my initial GW1 squad included more gambles than a normally conservative FPL player like me would ever take. But I felt like I had learned a lot the year before and “read into” certain players and EPL squads that would make my gambles leave me looking like a genius after a couple of gameweeks.  I plotted and planned carefully, read quotes from managers, kept a close tab on starting lineups during preseason, and envisioned all kinds of amazing FPL glory before it became apparent that I had been wrong. Really, really wrong.

Other than Dzeko, I was wrong in 2 other important areas. One was Romelu Lukaku. As a Chelsea supporter, and after watching him score goals galore for a less talented team in the EPL the prior year and being now surrounded by a complement of skilled midfielders seemingly brought in at least partially to provide quality service, I felt certain that Lukaku would be Mourinho’s main man. After the first fixture against Hull I felt certain that the CFC rotation would feature him prominently in the second fixture of the DGW against Aston Villa. WRONG I was; he played sparingly. After two fixtures in a row of limited minutes, and after being dropped by enough FPL managers to cause his price to drop, I still firmly (and stubbornly) believed that Lukaku’s hat trick against Manchester United in the final fixture of the 2012-2013 EPL season meant that Mourinho had been saving Lukaku for the GW2 fixture against the defending champions. 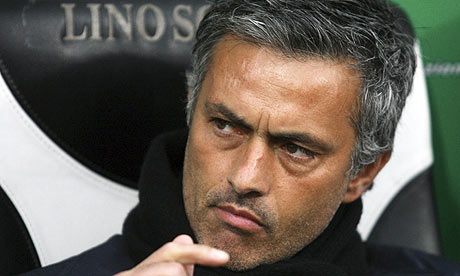 After all, it made perfect sense (to me anyway); so I held onto him even after he dropped 0.2 in price due to the multitudes of FPL managers taking Jose’s snub in the first two fixtures as a sign of what was to come. WRONG AGAIN. Don’t even get me started on the feeling I had when seeing the joke of a lineup “The Special One” came up with for the crunch match with Man United and the fixture that in my opinion was not worth the 90-minutes it took up in the time/space continuum.

Strike 3 in my FPL season-starting strikeout was my defensive strategy. In order to bulk up on forwards (including RVP) and midfielders, I went with a five-player defensive strategy that required low-priced players/starters from 5 separate EPL teams to rotate in 3-person groups supporting my favored 3-4-3 formation. After reading up and studying the concept, I agreed with the theory that this strategy could ultimately return a dividend of 3.0 points-per-defender-per-game due to the high percentage of home fixtures and fixtures against squads finishing lower than 7th in last year’s EPL table. I don’t even know what my points-per-defender-per-game number actually was after 3 gameweeks, but I am certain it was not in shouting distance of the estimates I believed would ring true. I still believe that patience with the approach could ultimately pay off, but patience was something I was running out of quickly. Meanwhile, attacking defenders at mid-level price points were racking up clean sheets and bonus points galore. Hell, even the midfielders I had carefully selected for maximum FPL pointage were delivering decent performances but were being hampered by the new bonus point system that required them to do much more than provide assists and creatively orchestrate scoring opportunities.

So nauseated, dumbfounded, and confused, there I sat after gameweek 3. Having captained Dzeko and solidifying a GW3 ranking of 2,017,991, I was wondering if the start to the FPL season was nothing more than a nightmare and figment of my imagination would end, (pinching myself repeatedly neither woke me up or helped, was sore though).

However, after staring reality in the face and knowing that no amount of hope and denial would erase it from history and that it was always and forever part of my 2013-2014 FPL season performance, I did what any sane FPL manager in such a predicament would do; WILDCARD ACTIVATED. Ed.. I Question Walt’s sanity on a daily basis

Since activating my Wildcard, I have been keeping tabs on the price risers, doing my best to bring them in with the hope that I may add some value and gain an extra 0.2 or 0.3m that I can spread around as GW4 edges closer. The outcome of transfer deadline day weighs heavily in my plans, the previous performance and outlook of the GW1-3 performers that have pleasantly surprised many is also at top of mind, as are the upcoming fixtures for the next 6 weeks or so.

Funny how things sometimes end up looking differently than they originally appear.  The international break between gameweek 3 and 4, a break that I normally find annoying, untimely and completely unnecessary, has been exactly the pause I’ve needed to catch my breath, let the disappointment dissipate, and reboot my FPL season with an eye towards gaining ground, correcting the glaring errors I made when establishing my initial squad, and providing some sorely needed optimism that I hope will build and grow as I plan to start trading in some of the dozens of red arrows I’ve collected over the previous few weeks for the green ones that I really want.

If, like me, your wildcard has been activated and you are himming and hawing over the all-you-can-eat £100m buffet of FPL goodness out there to choose from, please share your thoughts and ideas via a comment below or by sending me a tweet.  I’m all ears!

Thanks for reading and good luck with Gameweek 4 and beyond!

← Crystal Palace Fan Post: How high can the Eagles Soar?
Off The Mark: Time for Tottenham talking to stop as post-Bale era begins →