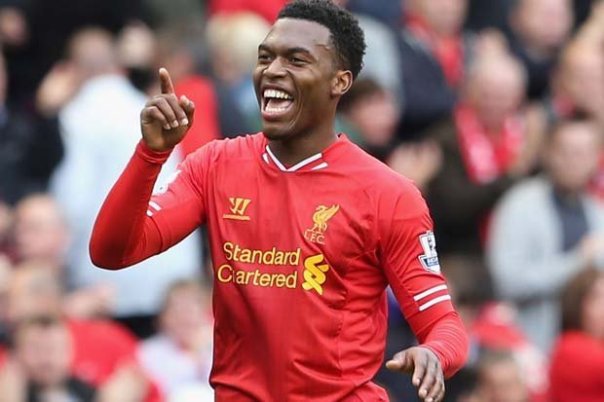 Selecting your Fantasy team’s captain was a lot easier earlier in the season when Luis Suarez (£13.4m) seemed to be on a one-man mission to get Liverpool into the Champions League.

Anyone lucky enough to have selected Suarez as skipper between Liverpool’s visit to Tottenham on Gameweek 14 and their home clash with Cardiff on Gameweek 17 would have added 154 points thanks to the talented Uruguayan, who scored nine goals and assisted seven during that staggering four-game spell.

These days though, as witnessed in the raucous 5-1 victory over Arsenal at the weekend, Liverpool are a lot more of a team unit. The goals are coming from all over the place.

Martin Skrtel (£5.5m) and Raheem Sterling (£5.3m) each found the net twice against the Gunners, and whilst both are strong and reasonably cheap options for your team, none are providing the value for money that Daniel Sturridge (£9.8m) is right now.

One of the best signings made by any team in 2013, Sturridge has returned from injury in seemingly even more potent form than he was in the first half of the campaign. He scored nine times in the opening 12 league games of the season, and now has six in his last five.

Throw in an FA Cup goal and he’s scored in all of his six appearances since coming back into the team to take the goalscoring pressure off Suarez, who perhaps consequently now has just one goal in his last five in all competitions.

That might mean that he’s due a strike or two as Liverpool go to Fulham on Wednesday, but instead of him perhaps you’d be better off throwing your weight behind Sturridge, who scored his first career hat-trick at Craven Cottage last season and will look to exploit any space left by a tired Fulham defence which put in so much effort against Manchester United on Sunday.

That 2-2 draw featured good performances from the likes of Steve Sidwell (£5.2m) and Lewis Holtby (£6.2m), but conversely playing at home could harm Fulham, who won’t be able to sit back as they did at Old Trafford and might end up paying the price.

Elsewhere, Arsenal perhaps possess the perfect chance to bounce back from their Anfield misery as they host Manchester United at the Emirates Stadium.

David Moyes still can’t seem to buy a win or a strong, coherent performance from his side, and you’d have to suspect that Arsenal will bounce back with a victory that could be inspired by performances from Santi Cazorla (£9.6m) and Jack Wilshere (£6.2m) from midfield.

Manchester City and Everton were two other teams to suffer disappointing weekends, but both will expect to win as they face home clashes with teams battling relegation.

City were off-colour at Norwich, where Edin Dzeko (£7.2m) started on the bench.

The Bosnian isn’t everyone’s cup of tea, and nor should he be trusted in your team on a long-term basis – remember that City are at home to Stoke in the next Gameweek but then have a week off due to the League Cup final – but against a Sunderland defence missing the suspended Wes Brown he could make the difference and deliver a vital three points in the title race.

After losing at Tottenham, Everton will need a win at home to an improving Crystal Palace side. In what could be a tight clash, the quality of Kevin Mirallas (£7.4m) could come to the fore, whilst the return of Seamus Coleman (£6.5m) will also be crucial to an Everton side who might give forward Lacina Traore (£7.5m) a debut.

Kevin Nolan (£6.5m) is a player with far more experience of the Premier League, and he should shake off a groin problem to take on Norwich at Upton Park, where he’ll be looking to continue an impressive run of four goals in his last two games.