← Arsenal use Middleman Ozil to Negotiate 3 Points! FPL Review
Leicester’s Leonardo Ulloa And The 5 #FPL Players You MUST Pick This Week →

Arsenal vs Spurs : The Ongoing Rivalry of the North London Derby

The latest edition of the North London Derby is here this weekend, reigniting the rivalry between Arsenal and Spurs.

Ever since their friendly meeting in 1887 the rivalry has continued to escalate into one of the biggest derbies in football. The powerhouses of North London have done battle hundreds of times… but who is winning the war?

“I HATE EVERYTHING ABOUT THEM” DERBY DAYS

The North London Derby has, arguably, become the most heated rivalry in the country over the last few years. With away fans having to be escorted in by the police, and a hatred that has built up over more than a hundred years, this episode of Derby Days gets to the bottom of exactly why Arsenal and Spurs fans “hate everything about” each other.

@Copa90 is the YouTube football channel that knows there is no final whistle. Pitch, laptop, or console, the game never stops. With 750,000+ subscribers.

So after you’ve scored a golazo, watched the big match, or smashed someone at FIFA14, head to Copa90 and check out Poet and Vujanic as they discuss the latest happenings on and off the pitch in “Comments Below” or follow Eli Mengem as he uncover’s the world’s most intense rivalries in Derby Days. 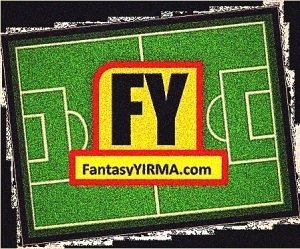 The Football Blog Awards are back. FantasyYIRMA will be running for the best Fantasy Blog. If you would like to vote please click your preferred option below. Many Thanks, FY

← Arsenal use Middleman Ozil to Negotiate 3 Points! FPL Review
Leicester’s Leonardo Ulloa And The 5 #FPL Players You MUST Pick This Week →