← Let’s talk about Jesus and Robotics this week..
Everton Love In.. and some Jesus fella →

“Clearly, Leicester are No Fluke” 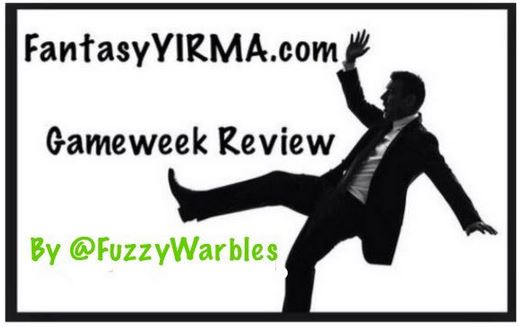 Hello again friends, your ol’ pal and persistent curmudgeon Fuzzy Warbles has returned to take a look back to Week 24 in the Premier League with a quick review of Week 23 as well.

When I say quick, I mean QUICK. Week 23 was a Tuesday/Wednesday midweek slate full of night kickoffs, which is not good for my current locale. Night kickoffs go until 5am locally for me, so I did my normal amount of work in preparing for the round and turned out the lights the moment team news came out.

Here’s how to sum up to Week 23 — I only scored 41 points. I also took a four point hit. And yet – I came away with a green arrow. I cannot even imagine how bad it was for virtually all of you readers out there. Furthermore, I cannot imagine how enraged I would feel if I stayed up until nearly dawn for two straight nights to digest ten football matches where nothing happened for my FPL team. The only reason my arrow was green was that I had one player that most managers do not – David Luiz. I brought Luiz in at a time where I could not afford to go one more week without Chelsea defensive cover and Marcos Alonso was out of my price range lest I spend points. So Week 23 was a dud in general, but I had a smug smile when I woke up to see Luiz outscore Alonso.

That magic lasted about 65 hours. In Week 24, Alonso cancelled out my Luiz goal and will continue to haunt me the longer I go without him. And, the longer i go without, the more his price rises, making the switch to him even harder to swallow. I get stubborn when players rise to a certain price and I haven’t already invested. I am like an FPL hipster. A player grows in popularity and success and it makes me want to shun them. I am anti-success and I symbolize it by drinking only PBR when I see a hip band at a local venue. My hair is purposefully messy. I keep a pack of Cards Against Humanity on me at all times. So, in order to maintain any shred of authenticity, I apply my hipster ways to FPL. Stop doing so well, Marcos. Maybe then I will give you a chance.

Yes, Week 24 was a red arrow week, and I can only attribute it to the Alonso effect. I didn’t captain Lukaku, but I did transfer him in for his four goals. Costa and Ibrahimovic pitched in to give me returns from my entire front line. So, I can only conclude that the lack of Alonso was most to blame for the red arrow. Who am I kidding? I am the most to blame. Cough up the bread and get Alonso, you dunderhead.

So, what else went down around the league? Well, I think it is safe to say that Leicester winning the title last season truly is the biggest Cinderella story in the history of team sports. Not only do they hold the distinction of carrying the worst title defense record this far into a following season, they are seriously in a relegation battle. With Hull City and Swansea City working the January window, looking improved in recent weeks and Sam Allardyce, brought in like The Wolf from Pulp Fictio to clean up messes, now at Crystal Palace who are not short on attacking weapons, it gives reason to speculate who is in danger of the drop. Leicester look to be right in the mix. You have down seasons from your two attacking studs. Riyad Mahrez has one goal from open play and Jamie Vardy has scored in as many league matches (3) as he has been suspended from. You would think an unchanged back line and keeper would only maintain the continuity and chemistry that helped win the league last season, but the Foxes are getting blitzed more often than not. The obvious reason for this disappointing title-defense was selling N’Golo Kante, who’s switch from a title winner now struggling to survive to a club who struggled last season and is now the front runners for this season’s title is proof that his move was the biggest transfer last summer. That’s right, I prematurely hand the Player of the Season award over to Kante.

Another quick Chelsea note, specifically FPL-related — special thanks to Diego Costa for collecting two assists over the weekend in very “FPL-ish” ways. A shot off the crossbar and a layoff pass in Chelsea’s own half to Eden Hazard led to two cheeky assists. Happy to take the points as an owner, but I would be disingenuous if I didn’t share my empathy for non-owners. There are formats out there where Costa was not credited with one assist, let alone two.

RT if you Have/Kept him

FAV if you sold him and now hate yourself #CountingTheCostaSellingHimNow pic.twitter.com/42oYb0IcrJ

One final note – I can’t stand owning players from the club I support. Well, I apply this specifically to attacking players. For whatever reason, what a Tottenham defender does in reality does not give me headaches in fantasy. But, I get so frustrated when I buy attacking Spurs and get nothing for my investment. It is like a double blow. Before Week 23, I brought in for the first time this season, not one, but two Tottenham midfielders – Christian Eriksen and Dele Alli. I spent four points on the move but I could not go any longer lacking attacking coverage from Tottenham and I felt between a trip to Sunderland and home to Middlesbrough would guarantee that I would at least break even. Neither did a thing in either game. Typical.

Thank goodness I at least slept through that 0-0 against Sunderland. 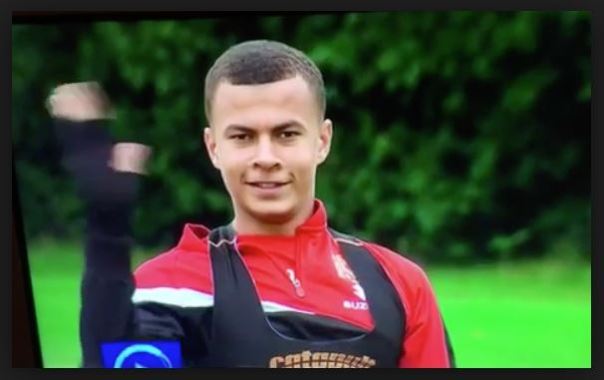 ← Let’s talk about Jesus and Robotics this week..
Everton Love In.. and some Jesus fella →