← Arsenal vs Leicester: Confirmed Lineups
Spurs’ Harry Kane vs Manchester United’s Lukaku: One, both or neither?? →

Romelu Lukaku gets Manchester United off to a Flyer: GW1 Review 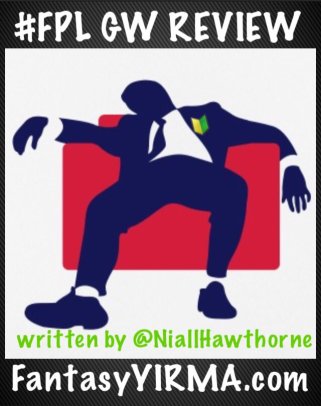 You spent weeks and weeks tweaking, adjusting and polishing that Gameweek 1 team. You drafted and re-drafted to the point that your energy bills doubled with all the drafts. You poured over pre-season results, the formations used by Frank De Boer and Eddie Howe and you repeatedly rang Phil Coutinho’s ma to find out what state of mind the little snake, sorry, mercurial magician was in ahead of the season opener (and now there’s a restraining order to be dealt with).  (Ed: *Another restraining order.)

It was all worth it right? No, me neither.

There’s a special place in hell for those #SmugYIRMA pillocks proclaiming to all within earshot that it was OBVIOUS that Hegazi was the buy of the summer. That’s a crock for two reasons:

..Hegazi was in my #FPL draft team but I didn't pick him in the end out of respect for the legend that is Gareth McAuley#TrueStoryYIRMA

The fact that the two highest scoring players in the week were two defenders, when goals were raining down just shows that we’re all puppets on the string of this vocation (It’s not a game. Never call it a game). I mean having to face your missus across the breakfast table as she drones on and on about how Ben Davies was such an obvious pick because ‘A rose by any other name would smell as sweet and score as many points as Danny’ or some such babble…honestly, I’m a shell of a man this morning.

Then we have the Harry Kane v Romelu Lukaku debate, and there was a clear winner. I admit that in 23 of my first 24 drafts I had the big Belgian front and centre in my team, but then I remembered the finish to last season for Harry Kane so I lost my nerve and drafted him in. I’m now down a bottle of Jameson and my revolver is nicely polished and my children are looking at me funny, but they don’t understand.

Still, at least some of my Preview shouts were on the money. Ben Foster because well Tony Pulis is in charge. Mane and Salah because, well, DUH. Burnley – oh aye, I tipped Burnley. Well, I tipped the Irish midfield of Burnley, not the superhero that is ‘Big’ Sam Vokes. I’m reliably informed that his name on his birth certificate actually is ‘Big’ Sam Vokes. Sam is his middle name. Remarkable. (Ed. Close Enough)

If you could all just ignore the fact that I also tipped Newcastle defenders, Leicester defenders and Cecil Fibreglass then that would be just swell. (Ed. Henrikh Mkhitaryan FFS)

Mind you, none of my preview shouts were anywhere near as prescient as the FantasyYIRMA Huddersfield Preview piece which I read and then promptly ignored like an idiot. Step forward Mr. Steve Mounie – He’ll have a cult following if he keeps that form going. He’ll be a real unifying force *ahem*

A hat-tip this week to the genius at Sky Sports who decided that the Arsenal v Leicester match should be played on a Friday night. I’m a fan of Friday Night Football…as long as there isn’t a Monday Night Football that same weekend. That’s just too bloody long to be sweating over your fantasy football team. I mean, that could lead to hospitalisation due to severe dehydration.

Another fan of Friday Night Football is Jamie Vardy, and why wouldn’t he be? He has a new clause in his contract that Craig Shakespeare inserted which states that for each league goal he gets a crate of Blue WKD, and when you score two before 10pm on a Friday night….CARNAGE. Now THAT’S how you motivate your players.

Finally we have the 21st Century version of Chas & Dave, namely Alli and Eriksen, aka Chris & Dele. Now the original Chas and Dave wrote the famous anthem ‘Snooker Loopy’ when these isles were enthralled by the antics of Higgins, Davis, Taylor et al, mainly because there was sod all else to watch. Well with Chris & Dele, we could have a new anthem ‘Fantasy Football Loopy’ – which you may well be if you don’t have either / or Alli or Eriksen on your team. I don’t think it would be hard to get Dele Alli into a recording studio. You’d just need to tell him that it’s where a daft new handshake is being created. Personally I can’t wait for their album.

Anyway, I’m now off to dream of a midfield of Alli, Eriksen, Mane and Salah and simply neglect the rest of my team.

It’s a progressive approach and the way forward given that defending in the Premier League appears optional this season.

← Arsenal vs Leicester: Confirmed Lineups
Spurs’ Harry Kane vs Manchester United’s Lukaku: One, both or neither?? →