The FantasyYIRMA.com website is open to Guest Post articles over the summer. If you would like to submit a guest post for the site email us at FantasyYIRMA@hotmail.com or contact us on twitter at @FantasyYIRMA “GOODBYE JOE ALLEN – I LOVE YOU” Written by @NiallHawthorne   And so it has come to pass…the departure of […]

The Lamb has Spoken…

Disclaimer: All posts from @pedro_lamb represent only a 1/3 of Yirma Management. Typically the other 2/3 disagree

So here goes. Today’s thoughts on a few players set to return from injury who you might want to consider as a differential.

Three players, who spent much of last season lying on the physio table, are fit and ready to make an impact! It is time for them to get off the physio table, put down the Xbox controller and make us some fantasy points.  Keep a look out for: 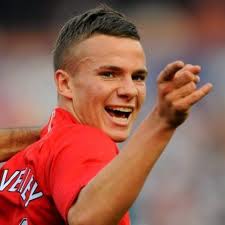 He burst onto the scene at the start of last season and then, injury ended his campaign, now he is back and after a great performance so far at the Olympics, he is back and raring to go and his return maybe just what United need, to stabilize their midfield and allow Rooney more freedom.

Rooney at £12m will blow a big hole the purse, however Tom is just £6m if you are set on having a Utd presence in your starting 11=Bargain.  He is most certainly going to start most games, this season. 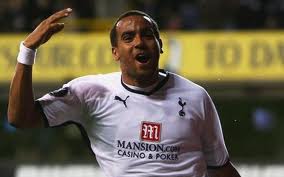 After a nearly a year out, it is time for him to return and with Modric almost certainly moving to the Spanish capital, it is Tom’s time to step up and show the form he had back in 2010, where he very nearly made it into England’s Euro 2010 squad, and at just £5m he is a steal.

3. My personal cheeky punt is Danny Higginbotham, who is set to return to Stoke’s back line.

At £4.5m he is a great man to add to your squad.  Also with Higginbottam’s contract up at the end of the year, he is likely to want to prove he is worth an extension to allow him to play out his career at Stoke.

Right, I have convinced myself… I am off to make some changes to my team.

To join the free Fantasy Yirma mini league on the official premier league game follow this link. Remember Free to Play … £50 to the winner!! What’s to lose?? http://fantasy.premierleague.com/my-leagues/15005/join/?autojoin-code=44397-15005