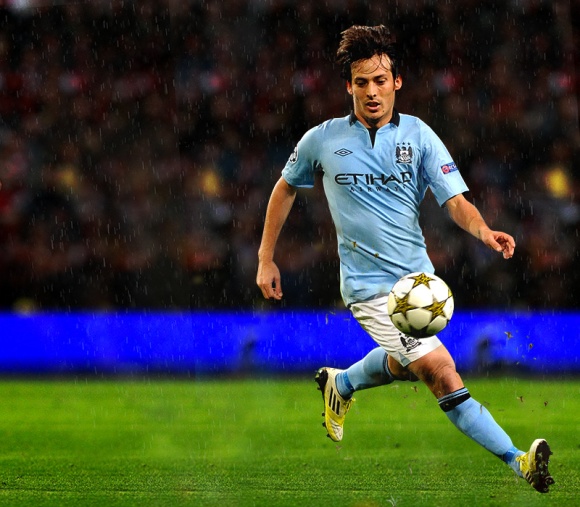 The first solely midweek Gameweek of the season could be one to separate the men and women from the boys and girls, with Tuesday evening’s deadline perhaps catching out one or two of you who live for your Fantasy weekends.

Luckily for Manchester City they’ve got someone who they can rely on any day of the week, although admittedly David Silva (£9.4m) didn’t start this campaign in the same stellar form he showed for the champions in the majority of the last one.

Call it a hangover from the summer’s European Championships – another trophy to his name – if you want, but whatever it was it simply wasn’t allowing the Spaniard to come to the fore in the manner that he normally does, and it has subsequently seen him only included in just over 6% of Fantasy teams.

That could all be about to change though, as after a trademark creative display and a goal against Aston Villa recently he looks to be ready to rediscover past glories.

We’ll overlook Sunday’s drab draw at Chelsea – most of the players did so it’s only fair – and so City will now be eyeing three points from Wednesday’s trip to Wigan, where Silva will no doubt be expecting to shine.

The Latics are capable of scoring goals but also of conceding them too, and with Carlos Tevez (£9.4m) surely expected to return to the starting line-up after being left out at Chelsea, Silva will be the man looking to provide him with the service needed to shoot down the home side.

Elsewhere, after their defeat at Tottenham on Sunday surely the last place that West Ham would want to go now would be Old Trafford, and Sam Allardyce and his side will head for Manchester knowing that they’ll have a huge task on their hands to emerge with anything.

QPR may have set home hearts fluttering with the opening goal against Sir Alex Ferguson’s side on Saturday, but the hosts responded with three strikes of their own – although crucially none were from Robin van Persie (£13.7m).

The Dutchman rarely goes two games without finding the net, and so he looks a good bet to pick up some points as United attempt to do the same ahead of their summit meeting with City at the Etihad Stadium in a week-and-a-half’s time.

Also this midweek, Liverpool’s improving defence will find it tough to contain Tottenham’s Gareth Bale (£9.7m) and Jermain Defoe (£7.8m) at White Hart Lane, whilst Everton will be banking on the return of Marouane Fellaini (£7.6m) to scare Arsenal as the Belgian comes back from suspension at Goodison Park.

The improved form of one of last season’s must-haves Stephane Sessegnon (£7.3m) will threaten to spoil Harry Redknapp’s welcome party at QPR as Rangers go to Sunderland, whilst Rafael Benitez will really feel the heat at Chelsea if the Blues can’t beat local rivals Fulham at Stamford Bridge. Juan Mata (£9.6m) may have had a couple of fruitless weeks but still remains their most likely matchwinner.

Aston Villa and Reading haven’t won many matches between them this season, and it will be the hosts who’ll fancy taking the three points from their meeting at Villa Park on Tuesday – particularly if Brett Holman (£5.5m) and Andreas Weimann (£5.2m) impress.

Charlie Adam (£6.6m) has scored the winner in each of Stoke’s last two home games and so he is the form man to keep an eye on ahead of the visit of Newcastle to the Potteries, whilst Pablo Hernandez (£6.1m) and Zoltan Gera (£5.0m) could be the men to watch as Swansea host West Brom.

It might be worth keeping an eye on events further south as well, as improving Southampton bid for a third successive victory when they host Norwich at St Mary’s.

Gaston Ramirez (£6.0m) scored in the weekend win over Newcastle, and he’ll be looking to find the net again against an admittedly solid Norwich outfit, but one who could be missing goalkeeper John Ruddy (£4.7m) through injury.