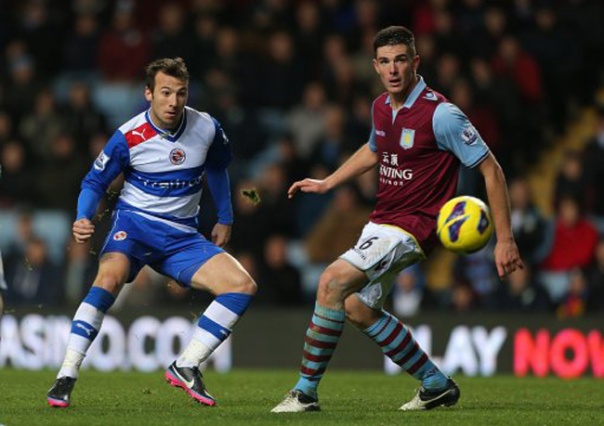 Luis Suarez scored a hat-trick, Gareth Bale impressed again and a Manchester United player ended up as the top points scorer. Gameweek 28 was a pretty standard one in truth.

Now though, with the forthcoming FA Cup quarter-finals creating havoc with the fixture schedule, Gameweek 29 is going to prove to be far from normal. Only 12 of the 20 teams are in action, with six matches spread across Saturday and Sunday, as no players from Manchester United, Manchester City, Chelsea or Arsenal kick a Premier League football. This one isn’t for the faint-hearted.

In honour of the altered Gameweek, we’re going to switch up the latest Fantasy Yirma preview and instead of the usual fare, we’ll give you a game-by-game breakdown of a weekend which could ultimately prove vital to just how your season ends up.  As well as that, we’ll give you a player from each match who we’re tipping to score you some points.

The Canaries have won just one of their last 11 matches, and with boss Chris Hughton declaring that this heralds the start of ‘a big month’ for his side then the pressure is sure to be on at Carrow Road. Southampton will also be eager to make up for their loss to QPR last time out, and so this has the potential to be a tight, low-scoring affair.

Saints forward Rickie Lambert (£7.2m) disappointed many as his fine recent run came to an end in the QPR game, and with Hughton struggling to partner Grant Holt (£5.9m) and Luciano Becchio (£5.1m) at the other end, this is a contest in which defenders could shine. Having started all but one match since he signed, Norwich full-back Javier Garrido (£4.7m) will hope to keep things tight at the back and get forward to try and add to his two assists thus far.

Will the Southampton win see QPR turn a corner or will it lead them down another cul-de-sac? In truth this could be seen as a pretty perfect game for Harry Redknapp’s side given Sunderland’s patchy away form, but the Rs frequently struggle when home expectations are high, and the visitors might find some momentum from bouncing back from two goals down to draw with Fulham last time.

Stephane Sessegnon (£6.9m) hasn’t hit the heights he scaled last season but his goal against Fulham was a second in a row, and the midfielder from Benin gets the nod in a contest which could well see both sides score. QPR’s hopes for a goal are likely to rest on Loic Remy (£5.7m), whilst Junior Hoilett (£5.6m) made a first start since November at the weekend and also provides an added threat.

Reading really need to win this one ahead of trips to Manchester United and Arsenal, and they’ll be buoyed by the fact that Villa have only won two of 14 on the road this season. The home side will know that these three points will only look more important the longer the season goes on, and if they can stay in the game until close to the conclusion of it they can capitalise on Villa’s likely nervousness.

Brian McDermott isn’t averse to a bit of forward rotation, but with Pavel Pogrebnyak suspended he’s likely to have to rely on Adam Le Fondre (£5.0m) from the start, with the skipper Jobi McAnuff (£4.7m) another certain starter. ‘Alfie’ gets the not due to his goalscoring prowess though, but the Royals will of course have to watch out for Christian Benteke (£7.0m), who scored the winner when these two met in November.

An attractive match on paper, and one for fans of both sides to celebrate the giant strides that their clubs have made this season. However, Swansea have only won one in seven on the road and they face a Baggies side who have won the same amount of Premier League home matches as Tottenham, Chelsea and Arsenal this season. Steve Clarke’s side could just nick a close but entertaining contest.

They badly missed him at Chelsea last weekend, and Romelu Lukaku (£6.5m) returns here in a match in which his strength and power could prove telling. In a match in which the Baggies may be on top, Michu (£8.4m) could find it tough to improve on a run of scoring in just one match in his last eight, whilst Jonathan De Guzman (£5.7m) might find it difficult to make his midfield presence felt.

Neither of these two are in particularly good form, with Stoke winning just one in their last eight in the league and hosts Newcastle never looking that convincing. Alan Pardew’s side will have targeted this clash for a victory though, especially off the back of the late loss at Swansea last time out, and the Geordies’ French connection can combine and help deliver what would be a hugely welcome three points.

The amount of new players in this Newcastle side can mean that the team can be somewhat hit and miss, but Yohan Cabaye (£6.6m) has been in the north-east for a while now and can show much-needed leadership skills in what could become a bit of a battle. Moussa Sissoko (£6.5m) is also likely to find plenty of fans given his recent goalscoring form at St James’s Park, but the vote goes to his compatriot.

Undoubtedly the weekend’s glamour league fixture, this promises to be a terrific watch for the neutral given the two sides’ recent form. Liverpool have scored nine goals without reply in their last two league matches, but Spurs are unbeaten in 12 since their last trip to Merseyside when Everton beat them in December. An exciting contest looks in store, with both sides likely to find the net and get the pulses racing.

This was always going to be between two names – although Liverpool’s Philippe Coutinho (£6.6m) deserves an honourable mention – and it is home advantage which just sees Luis Suarez (£10.8m) get the nod ahead of Gareth Bale (£10.5m). The Premier League’s top goalscorer has been in devastating form recently, and although you really do need to have both him and Bale in your team at the moment it is the Uruguayan who could win the day here.