GW11 Preview: Suarez and Liverpool to bite back against Fulham 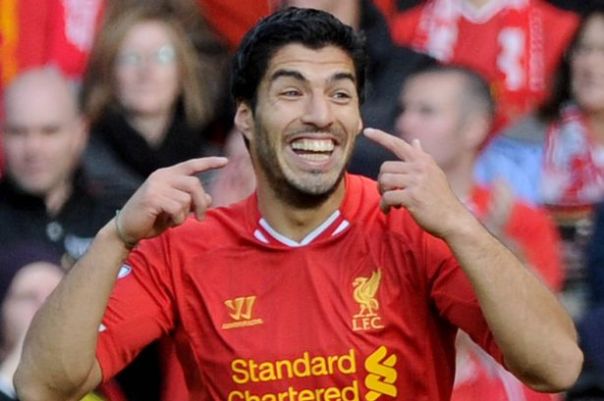 Liverpool’s apparent title aspirations might have been given a reality check with their defeat to Arsenal last weekend, but as long as the Reds keep beating the teams that they are supposed to beat then this can still be a successful season for them.

The top four is still a realistic aim, and likely to be a vital one if they are to have hopes of keeping hold of star forward Luis Suarez (£11.7m) beyond the summer.

The Uruguayan’s previous Anfield appearance resulted in a scintillating hat-trick against West Brom, and with the visit of Martin Jol’s struggling Fulham this weekend comes the promise of more goals.

The struggling Cottagers sit just two points above the relegation zone, but on Saturday Suarez is unlikely to have any sympathy for Jol, under whom he once scored a staggering 49 goals in 48 games when the Dutchman was his manager at Ajax in 2009/10 season.

A lot has happened to Suarez since then, but these are the sort of matches in which the forward’s quality frequently shines through, and Liverpool will feel that Fulham will be there for the taking off the back of their 3-1 home loss to Manchester United which once again led to some supporters calling for Jol’s head.

Suarez scored in Liverpool’s 4-0 victory in this fixture last season, and another such scoreline could spell the end for the visiting manager.

Not that Liverpool will be concerned about that though, and with a win taking them to within two points of an Arsenal side who go to Old Trafford on Sunday, Suarez is going to be key in a contest which could yield plenty of points for the Uruguayan.

Daniel Sturridge (£10.0m) will be targeting goals too, whilst Reds goalkeeper Simon Mignolet (£5.7m) might see this as a perfect chance to register a first clean sheet since three Sturridge goals secured three 1-0 wins at the start of the season.

Elsewhere, that heavyweight clash in Manchester dominates proceedings, and there is just a feeling that Manchester United are coming into form ahead of it.

Robin van Persie’s (£13.9m) mini slump appears to be over following three goals and two assists in his last three league games, and after scoring both home and away against his former club last season, there appears to be no-one better placed to puncture the current feelgood factor around the Emirates Stadium.

Manchester City remain hot on Arsenal’s heels, and whilst the form of Sergio Aguero £11.7m) has quite rightly got plenty of fantasy players rushing to select him for their teams, the goals are currently coming from all over the place.

City may have lost 1-0 on their last three trips to Sunderland, but they’ve rarely played a Mackems team who are this poor, and backing Yaya Toure (£9.5m) to continue his fine goalscoring form could pay dividends.

Even he might find it tough scoring against West Ham at the moment though, as although Sam Allardyce’s side have struggled to find the net they are a formidable unit at the back.

Defender Guy Demel (£4.9m) has been key to a fine effort which has seen them produce six clean sheets in 10 heading to struggling Norwich, whilst Everton’s Seamus Coleman (£5.5m) will fancy a third consecutive shutout as they go to rock-bottom Crystal Palace.

Tottenham’s struggles in front of goal leaves a question mark dangling over their forward players as they host Newcastle, but you’d have to feel that a Chelsea team inspired by Oscar (£9.0m) will break down West Brom at Stamford Bridge.

For better value midfielders though, look no further than the Southampton pair of Adam Lallana (£6.6m) and James Ward-Prowse (£4.2m), both of whom will be key men as Hull visit St Mary’s on Saturday. 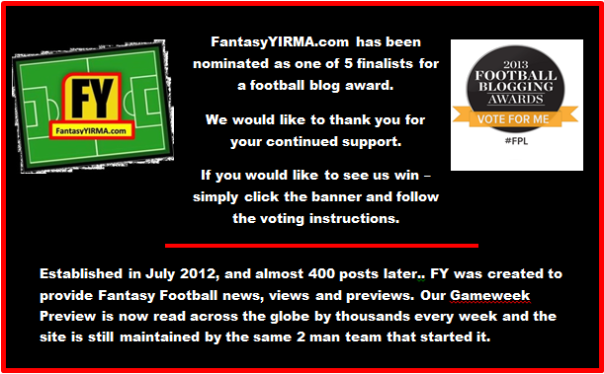