Liverpool – The Summer So Far

Alright guys? It’s been a while! Since my last article I’ve completed my AS exams, decided on a university course, begun work on my UCAS application and been to a Taylor Swift concert, but more importantly Liverpool have made five major signings. Firmino, Clyne, Milner, Ings and Bogdan have all been brought in – the speed of the club’s business is certainly admirable, but do the new players represent astute purchases?

Let’s start with Firmino. Most of the Liverpool fan base was more taken aback than anything else when it was announced we’d signed him; the rumour had the same feel as a Sanchez or Shaqiri link, it seemed too good to be true. This was particularly the case as Manchester United had also been strongly linked – it seemed almost inevitable that once again a big talent would turn us down in favour of our rivals. Once the shock had died down the elation kicked in: for the first time in ages, Liverpool made a signing that managed to unite virtually every fan.

Firmino is an exciting young talent, whose recent development has seen him earn a regular spot in the Brazil team. His flair and creativity alongside an eye for goal is exactly what Liverpool needed – I for one can’t wait to watch him combining with compatriot Philippe Coutinho in Liverpool red. The price tag did raise some eyebrows – surprisingly, the move represented the biggest transfer in Bundesliga history – but with no Champions League to offer, it’s no shock that Liverpool are having to pay big to attract big names. So long as he can replicate his Hoffenheim and Brazil form in the Premier League, Firmino is bound to be a big hit.

Nathaniel Clyne, too, is an excellent addition to the squad. Liverpool were in dire need of a right back; the amount of times Rodgers resorted to playing Can there last season demonstrated this. Glen Johnson was released in the summer (hallelujah) and Manquillo’s loan is reportedly going to be terminated, so the team really was in need of a first-team level right sided full back.

In Clyne, they have got one of the best performing Premier League full backs of last season – defensively solid, he also offers a threat going forward. This makes him ideal for Liverpool, and I have every confidence he will succeed where his fellow Southampton signings did not. At first reading, 12 million seems like a snip for a player of his quality. However, it must be taken into account that he did only have a year left to run on his contract. Even so, the sum is a reasonable amount to pay for such a talented player: as with Firmino, I must admit to being fairly surprised that we managed to secure him ahead of other clubs. At just 24, hopefully he’ll enjoy success at Anfield for years to come. 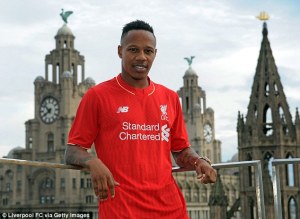 James Milner is the first of the new signings that has proved seriously divisive. While most are in agreement that picking up an experienced Premier League player on a free was a shrewd piece of business, the level of impact he’ll have on Liverpool’s performance in the coming campaign is very much up for debate. Some have painted Milner as the most criminally underrated player in history, professing that he will single-handedly return Liverpool to its former glory, while others have suggested that he may struggle to even make the starting eleven! In reality, the truth is probably somewhere in the middle ground. I have been known to criticise Milner before – indeed, he has been the butt of many a joke both in my articles and on Twitter.

However, this was largely due to the contrast between himself and his former teammates – when surrounded by exotic, skilled foreign players full of flair and creativity, a man whose talents lie in hard graft and pressing can seem laughable. And yet these are the very talents which Liverpool require; the success of 2013/14 was built around a high pressing, high intensity game, and Milner can bring that back to the centre of our midfield. Although not the most exciting of our additions, Milner is sure to contribute a lot next season.

It’s very hard to judge the signing of Danny Ings at the moment, as currently the fee Liverpool will have to pay Burnley in compensation has not yet been agreed. The two clubs are hopeful of reaching an out-of-court agreement, but if current reports are to be believed then a tribunal is looking more and more likely due to Burnley’s attempts to hold out for 8 million pounds. If the final figure did end up close to that amount, it has to be said that it’s a big gamble of a purchase.

Ings established himself in the Championship (alongside Sam Vokes) in the 2013/14 season, and did fairly well in a very average side in Burnley’s single season in the Premier League, but as yet he has not proved himself to be of Liverpool quality. At about 4-5 million, it is definitely a gamble worth taking – he clearly has talent, at 22 is likely to improve further, and he’s decent backup for when Sturridge inevitably gets injured. However, any more than that represents a big outlay for a player who, let’s face it, has hardly set the world alight thus far.

Finally we come to the man himself, Adam Bogdan. This is by far the most heavily criticised signing the club has made – the keeper who lost his place at Championship side Bolton (admittedly after injury) hardly seems like a signing of Liverpool quality. However, personally I think it’s a decent addition. Admittedly this is partially because the prospect of the Bogdan chant (to the Batman theme tune) being sung on the Kop is a very funny one indeed, but there are other reasons.

Firstly, we got him on a free. Secondly, his wages are likely to be low. Thirdly, he proved during his time in the Premier League with Bolton and again versus Liverpool in the cup this year that he has quality – as a back-up to Mignolet, there’s nothing wrong with him whatsoever. He may even offer competition for the number 1 spot – he’s certainly better than Brad Jones at any rate. Whilst we probably could have done better, it is by no means a catastrophic transfer. 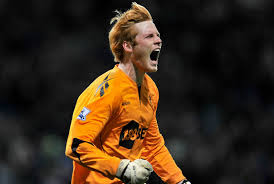 To sum up, I am very satisfied with the signings the club have made so far. Three of them directly bolster our first team and the other two are solid back-up: all five will help us have a better campaign than last time out, and hopefully see us push for at least fourth once again.

It is also pleasing to see that Liverpool are making additions to the youth side – Bobby Adekanye of Barcelona, Joe Gomez of Charlton and Allan Rodriguez (supposedly close to signing) of Internacional all come with big reputations. If we keep strengthening at every level in this fashion, we can hopefully secure success not just now but well into the future. Here’s to the new season!

What do YOU think about Liverpool’s transfer window so far??

Who do you expect to shine?? Who do you want to see sold this summer also??

James Martin is a huge Liverpool fan as well as a keen blogger. Currently living in Maidenhead, he is as passionate about the reds as any scouser!