Arsenal’s Theo Walcott, Zlatan’s Blank and a Scorpion in my Shorts

“Clearly, Hull stinks nearly as much as I do”

“Did you see that ludicrous display on Monday?”

Hi. My name is Fuzzy Warbles and I am a terrible, terrible fantasy manager and yes, I saw that ludicrous display of a 0-0 between Liverpool and Manchester United. Last week, my column focused on just how bad things can go when playing fantasy football. The idea was to purge myself of all the misery I endured so that I may move forward and get back on track.

After a horrendous 29 point effort in Week 7, I followed it up with an equally shambolic 34 point return in this most recent round. Coming out of Sunday, I was in bad shape, but I still had an ace up my sleeve. Unfortunately, it turned out to be more like a scorpion up my shorts. Yes, I am the last man on Earth to trust in Zlatan Ibrahimovic and I gave him the armband. My gut was telling me that the popular choices in my squad, Sergio Aguero and Alexis Sanchez, were not as bankable as the rest of the fantasy community would have me believe. I weighed the merits of the Swede – he got to put his feet up and relax during the international break, he was playing a Liverpool side that had yet to keep the opposition from scoring this season, the underlying stats showed he was getting his chances and was due to break through and, the most important factor of all, he is Zlatan.

Well thanks for nothing. While I can take some solace in the fact that I avoided captaining Aguero, it was still a terrible decision on my part. But Zlatan felt it only proper to twist the knife that was already thrust into my side, and proceeded to pick up a completely pointless, unnecessary yellow card in the 90th minute of the match. When Week 7 began, I had a more-than-respectable rank of 12k. When Week 8 ended, I find myself wallowing at 105k. October, which had always been my favourite month of the year, is now my sworn enemy. 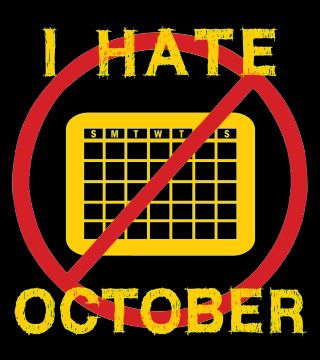 It is only fair then to wonder if the first six weeks of my FPL season was blind luck and the state of affairs now is what is truly in store for this season. Not too much unlike the story of Hull City. Remember when the opening weekend was approaching and just about the only thing one could feel confident in predicting was that Hull were going to tank? They could barely put together a full matchday squad. My cousin Nigel, who makes his living selling vacuum cleaners, told me that Mike Phelan reached out to him back in August, asking him to be on standby in case Josh Clackstone wasn’t fit enough to make the Tigers bench in Week 1. Yet, what did we see take place? A miracle of miracles. Hull managed to win their first match against the defending title-winners then went ahead and took three more points again in Week 2, finding themselves hovering at the top of the table. Were we to see another Cinderella story a la Leicester City from last season?

No. They do indeed stink.

AFC Bournemouth, who entered Week 8 with just six goals scored on the season went ahead and doubled that number over the course of 90 minutes, and Hull made Junior Stanislas look like the second-coming of Diego Maradona…without the cocaine addiction. Hull are averaging over four goals conceded in their last four matches and the wheels have officially come off. It is hard to ignore the parallel between them and my fantasy season.

“What was Wenger thinking, sending Walcott on that early?”

We now have to wonder what Wenger was thinking, keeping Walcott on the bench for so long last season. Theo Walcott has had some superb fantasy seasons and there is no denying that he can be a beast in FPL. I do not have a source to provide for this quote, so I cannot attest to its accuracy, but I believe it to be near true, if not, completely true – over the course of his career, Walcott, when starting, is averaging either a goal or an assist returned per 90 minutes.

That puts him in the small group of truly elite players, and here he is, still available as a mid-priced midfielder, tied for the most fantasy points on the season now. The production has inspired me to take my first points hit of the season, and I have done it early in the week with Arsenal still to play their Champions League tie. Hey, can you blame me for knee-jerking after the last couple of weeks I have had? I am desperate. Just beware, those of you aiming to bring him into your squad, I have already done it. It is scientifically proven that when I buy a player, his points dry up. Better to go after a Dimitri Payet or a Dele Alli at this point.

If there is one thing safe to declare about this Premier League season, if the title were any more up in the air, it would be a satellite orbiting the Earth. Every week, the moniker of “best looking club in the league” seems to be changing hands. At first, Manchester City looked the obvious choice. Then, we had to gaze upon Tottenham when they dispatched of the Citizens in convincing style. Along the way, we have seen impressive displays from Arsenal and Liverpool, but both have also looked completely vulnerable at times. In Week 8, one has to consider Chelsea to suddenly take the mantle of strongest-looking club in English football. After getting clobbered by Arsenal a few weeks back, they have put together a couple of strong performances, albeit Hull City being one of them. But, keep in mind that every big club has dropped points to average opposition. A new 5-2-3 formation looks to have unlocked the best of what the Blues have to offer, both in terms of attacking and defending. Now looks the time to invest for fantasy purposes and, wouldn’t you know it, I don’t have any.

“Thing about Arsenal is, they always try to walk it in.”

That is true. At least, it was last week when Koscielny did, Now if you’ll excuse me, the only thing I can think to do to take my mind off of this stupid fantasy football is watching an overnumerousness of IT Crowd episodes.