Well thankfully THAT’S over…I have a particular kind of hate for a non-tournament summer. It drives a man to do some strange, terrible things. I even found myself cheering on the bloody egg-chasers in New Zealand for crying out loud, and the less said about Wimbledon, the better (at least that’s what my legal advisors told me to say…)

Anyway, we’re now on the verge once more. Thirty eight glorious Fantasy Football Gameweeks stretch out ahead of us like a glistening oasis at the edge of a barren football-free desert, offering hope, inspiration and undoubted paranoia, rage and despair, but you wouldn’t swap it for anything, right? (Ed: I’d swap it for many things)

As ever at the beginning of August there are so many questions. Therefore many of us are walking around looking like Donald Trump when he’s asked to take a seat in the corner of the Oval Office. Perplexed isn’t the word. Fear not dear friends, for I am here to predict with 100% accuracy* the next nine glorious months of FPL action, so that you can emerge next May, blinking in the sunlight you haven’t seen since, well, now, victorious and giving it large to all your ‘friends’ whom you will have vanquished.

Must be following both

If you’re ready, we shall now begin…

This season, as with every season, a cheap goalkeeper shall rack up a points total that would make a common Petr Čech blush. Those of you that invested in a ‘Premium’ keeper will once more look like a ‘Premium’ Pillock. Let me make this easy for those of you that are hard of thinking…Goalkeepers score points for making saves, so you actually want your goalkeeper to be playing behind a defence that has more holes in it than Augusta, assuming he’s not Artur Boruc and can actually save shots. Mind you ‘The Holy Goalie’ may have taken his nickname too literally and that’s why he’s so bloody porous. English is a difficult language to learn y’see. (ED: There will be a stats based alternative to this theory I am sure which will no doubt put plenty of holes in Niall’s argument also.. carry on)

Your expensive options will often face a minimum of shots, but will concede a single goal from a set-piece and will have you shouting their points totals ‘TWO, TWO, ONE, TWO’ more than the sound engineer at a Rolling Stones gig.

This season the Budgie hero (Budget/Cheap/Cheep, geddit?) will be Ben Foster, because Pulis. Always Pulis. TRUST ME. 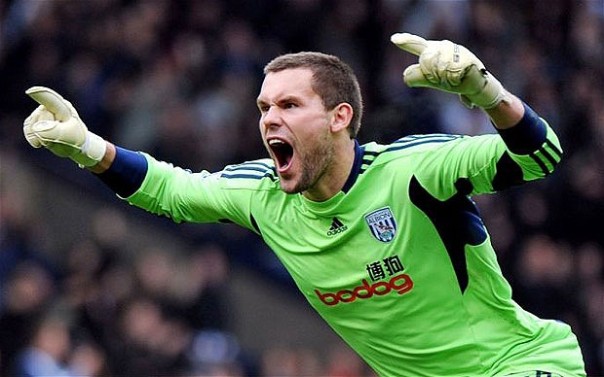 When it comes to defenders, you want all the Chelsea lads along with the ultra-attacking full-backs and James Milner with his penalties, but that will leave you with a midfield and attack made up solely of Huddersfield and Brighton players you’ve never heard of, so this is where you need to start going to your local German budget supermarket for the next few weeks and get used to picking up a bargain. Trust me, when you go in for cheap beans and come out with a 96-piece ratchet set and a trampoline for less than the price of an M&S Souffle, you’ll be ready.

You want to look at Newcastle but not for too long though because they get odd very easily and can punch you (or your horse) on the nose. However in Rafa Benitez they have a God amongst men who knows how to organise a defence better than anybody in history. You can keep your Italian Catenaccio masters, Rafa won the European Cup with Djimi Traore in defence. The case rests m’lud. Anyway, my point is that a Yedlin or Lascelles wouldn’t do you much harm, and if they turned over Spurs on the opening day I wouldn’t bat an eyelid. These magpies could be snaffling up shiny six point hauls all season long. TRUST ME. 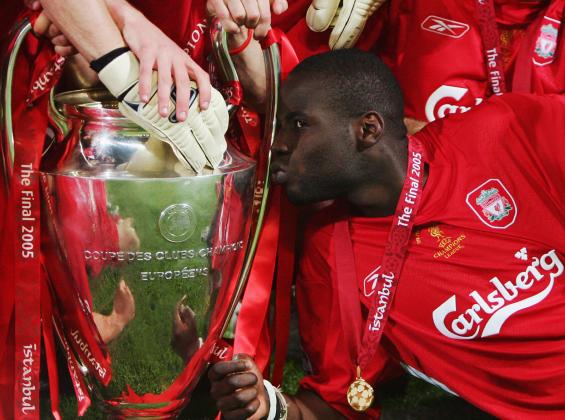 My other defensive tip to watch is Leicester City under Craig Shakespeare who will be seeking to write a far better script for the start of this season than dear old Claudio Ranieri managed last time out. Danny Simpson’s your man. TRUST ME. (Ed: A bigger yellow card risk than Flamini in his prime)

Now onto the midfield where Fantasy Football leagues are won and lost, and where, thanks to modern football tactics, you could easily play another four strikers behind your, err, strikers. Splendid. Speaking of splendid, you NEED Mane and Salah. Not ‘want’ or ‘prefer’ or ‘could’, you NEED them, like Piers Morgan NEEDS attention. They both play up-front for Liverpool, they’re both fecking dynamite and they’ll both haul in points like an Atlantic Trawler hauls in plastic bottles and lost surfers. TRUST ME.

Last season we all dined out on Alli, Eriksen, Sanchez and Hazard, but the Spurs lads won’t have a home game all season, Sanchez may not be in London for much longer (or will be sulking while he still is) and Hazard is broken. It’s time for new thinking. De Bruyne is an obvious temptation but Pep treats his players like his rotisserie chicken, with frequent rotation and basting (you should see the state of the Man City dressing room…), so that could be a very annoying £10m on the bench with far too much regularity. Someone in with a real shout of making a noise is The Voice judge Will.I.An who looks set to deputise for Hazard during his absence, and at £7m could be a frickin’ steal. Others to consider would be Zaha, Cecil Fibreglass (sorry, Cesc Fabregas) and possibly that Man United lad with the 300 point Scrabble name, who is either going to come good this season or be a flop forever. TRUST ME. 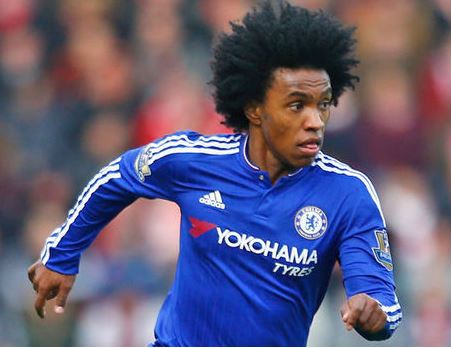 As for cheaper midfield reinforcements (or the lads you’re forced to buy and have no intention of playing until absolutely necessary) I point you towards Burnley. It’s up there. No, not there. Over a bit. Among the rolling dales and hills, with the weird grey hue over it. Aye, that’s the one. Some interesting recruitment by Sean Dyche over the past twelve months as he has subtely recruited, piece by piece, the Republic of Ireland midfield. Now you may laugh and mock and jeer (I wish you wouldn’t though as it hurts my feelings) but Robbie Brady can be a 21st century Ian Harte at set-pieces and Jon Walters is stronger than ever despite being 387 years of age. I once Captained Jon Walters when he scored his one and only senior hat-trick. Take THAT for a differential and smoke it…

Finally we get to where the action is, up front and centre. Now pay attention. This is where you’re going to spend, and spend big, and I’m not here to tell you not to. Instead I’m going to write a poem:

Lukaku has nowhere to hide

Jesus was supposed to have died

Aguero is being doubted

Lacazette is far too French

Costa is surplus to requirements

He’ll surely start on the bench

Defoe has gone down South

Rooney can wear his pyjamas to work

Josh King is actually from Norway

Whoever you splurge on now

Will seal your fate this year

No matter who you pick you’ll be mocked

Everyone thinks it’s their year

So there you have it. No tips on who to pick up front because there are LOADS of players who could propel you to victory and it’s impossible to know which won’t. Plus I just wanted to write a poem.

We all know that this matters more than everything else, but in a couple of months the usual wastrels will have given up and a lot more of us will pretend we don’t care and ‘never check that bloody thing’ (despite racking up 98 points by ‘accident’).

All I can say now is to wish you well (as long as you finish behind me) and inform you that I shall be writing a weekly Gameweek summary for FantasyYIRMA where the heroes shall be raised up on impossibly high pedestals and the villains shall be ridiculed like a common White House Communications Director. Until then…just make your bloody mind up!

** Niall Hawthorne should NOT be trusted. Ever. (Ed: Agreed)