The FantasyYIRMA.com website is open to Guest Post articles over the summer. Pleased to feature friend of the site @JamesMartin013 with his preview of the season and a walk-through on his thought process as he builds out his initial squad. (Which I am sure will change 20 times between now and Gameweek 1) If you […]

With Champions League football now pretty much secured – curiously having lost their last two games – Manchester United can now build for next season, during which Luke Shaw is sure to be an important player for them.

A popular pick at the start of the Fantasy season, Shaw has ensured somewhat of a nightmare first campaign at Old Trafford, but having made consecutive starts he’ll be hoping for an injury-free run to the end of campaign and the chance to create a springboard into 2015/16.

Liverpool may be limping towards the end of the season, but in PFA Team of the Year member Philippe Coutinho they have certainly had one of the most watchable players within it.

The Brazilian seems to specialise in performing well against QPR, too. He scored the winner the last time the Rs visited Anfield in 2013, and he was also on target in the madcap 3-2 win the Reds achieved at Loftus Road in October.

The key element behind Aston Villa’s improvement under Tim Sherwood, forward Christian Benteke will be fired up for the visit of Everton to Goodison Park as Villa seek to take another step towards safety.

The Belgian will be up against a side who are on a high following the win over Manchester United, but he and Villa are no respecters of reputations right now, and it would be no surprise to see him find the net.

It was this time last season that Sunderland’s Connor Wickham suddenly found terrific form as he shot the Mackems to safety, and the signs are that he could be following suit in this campaign.

The forward has netted against Crystal Palace and Stoke in his last two games, and with Sunderland facing a Southampton side who are suddenly leaking goals at the weekend and as one of only two sides who have a Double Gameweek left this season, he could be worth a gamble.

With the title set to be secured, it would make sense to focus on a man who has done so much to bring it back to Chelsea.

Eden Hazard – the best player in the Premier League this season and by far and away the top Fantasy Premier League points scorer – will face up to Crystal Palace knowing that his first English title is within touching distance, and you can expect him to do all he can to secure it.

Fantasy Football: From Aguero to Walcott – ones to watch!

Resident FantasyYIRMA pundit @Mark_Jones86 picks out his ones to watch this season! How is your team looking with only 3 days remaining?? Drop a comment below! Simon Mignolet, Liverpool, £5.5m GK The Belgian has conceded only 1 goal in pre-season following his move from Sunderland, and he’ll be looking to continue that during what is […] 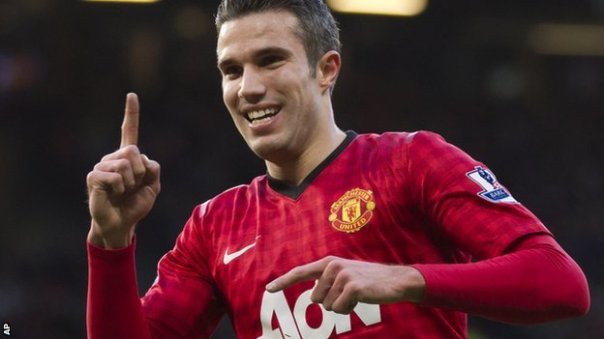 How long was that international break? About three years?

It certainly seemed that way anyway, but as Fantasy Premier League finally returns those internationals might well have helped one of its star men to rediscover his form.

A run of just one goal in his last six league matches has seen Manchester United’s Robin van Persie (£13.7m) lose plenty of support from Fantasy bosses, with his once seemingly unbeatable ownership percentage dwindling and now surpassed by Luis Suarez (£11.2m), who has also taken over as the Premier League’s top scorer.

Sir Alex Ferguson has notoriously been loathe to lose his players to international football over the years, but on this occasion he might just have welcomed Van Persie joining up with the Dutch team for two World Cup qualifiers in the past week, a week that saw the forward return to form.

Van Persie scored in the Netherlands’ 3-0 win over Estonia last Friday before following that up with two goals in the 4-0 win over Romania, and with those two matches both played at home the lack of travel time will mean that he’ll return fresh for the champions-elect in their early game at Sunderland on Saturday.

With Martin O’Neill’s side struggling and no doubt looking over their shoulders at the teams down below them – and now doing so without the injured Steven Fletcher, an early season Fantasy favourite who is now out for the rest of the campaign through injury – then the visit of Manchester United to Wearside isn’t likely to go down well with the locals.

The selection of Manchester United and Chelsea players should come with a warning this weekend given that the pair will meet in the FA Cup quarter-final replay at Stamford Bridge early on Monday afternoon, but Van Persie’s timely return to goalscoring form could come in handy here, and he’s likely to lead the line as United go for another win.

As for Chelsea, they make a tricky trip to Southampton from which it could be difficult to emerge with a victory.

The Saints have impressively beaten Manchester City and Liverpool at St Mary’s recently, and so Chelsea will know that a tough contest awaits them on the south coast. Having said that Demba Ba (£7.8m) has happy memories of the venue given that he scored there twice on his Chelsea debut in the FA Cup, and the Senegalese forward could be the man to back.

Arsenal could have things a little easier at home to Nigel Adkins’ Reading side, even without the injured Theo Walcott (£9.0m).

The absence of the Englishman could open the door for Olivier Giroud (£7.5m) to shine, but with Arsene Wenger confirming the fitness of Lukas Podolski (£8.1m) before the game then it could well be the German who impresses for the hosts in a game they’ll expect to win easily.

Elsewhere, Wigan’s usual end of season renaissance may have kickstarted with their late victory over Newcastle two weeks ago, and Roberto Martinez’s side offer some useful midfield options in Shaun Maloney (£4.9m), Jean Beausejour (£5.3m) and James McCarthy (£4.8m) ahead of their home match against Norwich.

Everton and Fulham will expect home wins against Stoke and QPR respectively, and that could spell more points for Fantasy favourites Leighton Baines (£7.6m) and Dimitar Berbatov (£7.0m). It is however worth noting that the Blues will be without the suspended Marouane Fellaini and Steven Pienaar for the next two games due to suspension.

Pienaar’s old club Tottenham go to Swansea, where defender Jan Vertonghen (£6.3m) stands on the verge of surpassing 100 points this season, whilst Sunday’s game will see the usual interest in Suarez as Liverpool go to Aston Villa.

It could be a South American teammate of his who shines though, as after scoring twice and assisting two more in his brief career in England so far, the Brazilian Philippe Coutinho (£6.8m) has found plenty of admirers.

Against a Villa side who haven’t kept a clean sheet in 14 games he could make even more friends.

The #FYCUP starts on GW31 follow @FantasyYIRMA on twitter for updates and fixture announcements on Saturday Morning!