Manchester United up to the Heady Heights of 5th: Gameweek 33 Review

They say that you can judge a person by the “Kompany” they keep. Well, if you kept faith with Vincent Kompany in your Fantasy Football team, I’m going to judge you thusly…

A scarcely believable 3 point haul ALL FECKING SEASON (I know, I had to triple-check), followed by 14 points on one hazy south coast evening. That’s the kind of inflation you won’t see in the UK for, ooh, about another two years….

Just 0.5% of owners had him, and I wonder just how many had him on the bench. If you’re one of them, please send screenshots of your offending bench to @FantasyYIRMA on that Twitter machine thingy. He’ll appreciate it greatly.

Almost TWICE as many people (an enormous 1.1%) had the next star of the show this weekend, namely one Ander ‘Health & Safety Inspector’ Herrera, a man who neutralises Hazard(s), and who put a Belgian in his pocket for 2 hours (no mean feat considering most of you couldn’t keep anything Belgian out of your gob for more than 20 minutes on Sunday…). He also contributed an assist and a goal to send the Manchester United fans into raptures as they soared from 6th to 5th in the league on the back of a stellar 22 game unbeaten run. Incredible consistency, indeed.

Stop smirking, you. Yes, you.

It didn't work out for Memphis Depay at #MUFC, so naturally he's become an R&B star pic.twitter.com/gXj5kWdogD

This is the time of year when players realise that contracts may be coming to an end, or have a year to go, or even two years to go, or just have a greedy b*****d of an agent who fancies a week in the Maldives if he can ship his slab of Nike-wearing-beef to another Premier League club just for sh*ts and giggles.

Therefore we see some players stepping out of the wintery shadows into the glorious spring sunshine, catching the eye of managers and scouts desperate for that key summer signing. That’s three seasons in one sentence. I’m expecting a Pulitzer for this.  (Ed. Good luck)

Two such creatures revealed themselves at the Bet365 Stadium as Shaqiri and Arnautovic both reminded the world that they’re quite good at this football lark, and are most likely being held captive in Stoke by a perpetually angry Mark Hughes. It’s a fate worse than death, wouldn’t you agree? Following their combined 25 point haul, perhaps they’ll be transferred to somewhere more fulfilling and hopeful, like Afghanistan or Dundalk.

My assistant editor couldn’t spell Shakiri and Arnautovic, so we got these images instead

Before my final hero of the week, I’m just going to point out that I’m not going to make a big deal of the fact that Phil ‘Jags’ Jagielka scored AGAIN this weekend, and that Gareth Southgate was at Goodison Park running the rule over his new England centre-forward, just as I predicted. That would be self-aggrandisement and crass, and I won’t stoop to that level. (Ed: Stop texting me – I know you like Phil)

That brings me onto Wahbi Kazri, a man who has a name that sounds like Item 49 in my local Sushi restaurant, and who is owned by 0.1% of Fantasy Football owners (presumably himself and his extended family). If you selected him this week and saw him score directly from a corner, pick up maximum bonus points, and confuse 25,000 Mackems by doing something nobody in red and white had done for about a decade, then take a bow. You jammy weirdo.

Speaking of weirdo’s, time to discuss our Villains Of The Week, and where better to start than Goodison Park. No, Kelvin Mackenzie was not there, the bile-inducing, pseudo-human pit-stain. This time I’m referring to Joel Robles, a goalkeeper so bad that he’s destroying the career of Martin Stekelenburg just by being selected ahead of him each week. To rush out of your goal towards a striker running AWAY from you, and then execute a knee-slide like you’d just scored the winning goal in the cup final, all to concede a penalty…well, that takes a special kind of gobsh*te. It could have cost Jags a double-digit score for feck sake!!!!!

Speaking of goalkeeping douchebags, a special mention to Thibaut Courtois who managed to get himself injured playing basketball for a marketing promotion. Y’know, he’s just the No. 1 for the league leaders who had just 7 games left to play, no biggie. It’s not like us Fantasy Football enthusiasts care if our uber-expensive Chelsea defenders can’t keep a clean sheet anymore, is it? GAH!

Finally a round of applause to the Southampton bench for their performance on Saturday night. When they unleashed the ex-Cork City legend Shane Long from the bench, I fully expected Manchester City to end up on the end of a Tipperary thwacking, but unfortunately for Shane he made a fatal error of scratching the back of his leg. Oh yes, one wee scratch and the Southampton medical team had 3 ambulances outside the ground as they hauled him ashore for what was clearly a broken leg, or pulled hamstring, whatever. I applaud Shane Long for not ripping his perfectly good hamstring from his leg and wrapping it around the neck of Claude Puel, who by the way is the spitting image of Johnny Giles, in case you missed it. 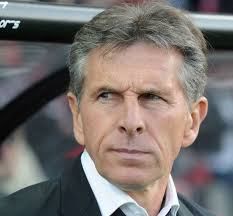