Is Liverpool’s Daniel Sturridge dancing back into your Fantasy Team?

#FPL Gameweek 8 Preview Written by @CraigHazell  You can also listen to Craig, Tom and Ash on their Fantasy Football Podcast – The Gaffer Tapes DEFENDER: Scott Dann, Crystal Palace If you were smart enough to pick Virgil Van Dijk when I told you to then you will currently be basking in the glory of […]

GW8 Preview: Everton’s Lukaku looking to give Hull the Blues 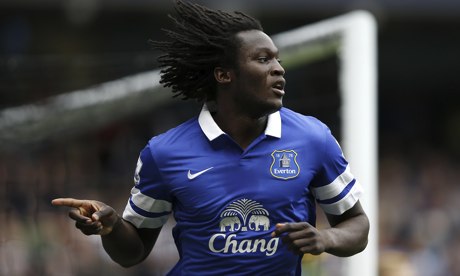 As international breaks go that one was pretty entertaining wasn’t it? But it’s time to get back to the real stuff now.

When we left the Premier League a fortnight ago, the division’s last remaining unbeaten record had been surrendered at Manchester City.

Everton were perhaps a touch unfortunate to lose 3-1 at the Etihad Stadium, particularly as they were on the end of some unfortunate refereeing decisions and had gone 1-0 up in the match. For the scorer of their goal though, this week offers up a chance at redemption.

Romelu Lukaku (£8.0m) is still the only Chelsea forward to have scored a Premier League goal this season. He’s scored four in fact, but they’ve all come for the Blues from Goodison Park and not those from Stamford Bridge.

The talented Belgian has netted those four goals in just 217 minutes of action for Roberto Martinez’s men, and as he returns to Goodison ahead of the weekend meeting with Hull he’ll be looking to rekindle memories of his only other league appearance for Everton there so far, when he scored twice against Newcastle.

Steve Bruce’s side have been impressive at the back so far this season though and so Lukaku can’t expect the kind of generous defending he got from the Geordies, but following an international break in which he scored the two goals against Croatia which fired Belgium to the World Cup, he shouldn’t be short on confidence.

Supported by the likes of Ross Barkley (£5.6m) and international teammate Kevin Mirallas (£7.2m), this could turn out to be an afternoon to remember for Lukaku, who scored four goals against promoted teams when he was wearing a West Brom shirt last season. Hull have been warned.

ChallengeYIRMA is BACK!! GW8 #FY takes on @ZOO !! Who do YOU think will win? RT for @FantasyYIRMA FAV for @ZOO pic.twitter.com/6SInJOMLvJ

Elsewhere we are confronted with the sort of fixtures that you’d think were home bankers.

Arsenal, Chelsea and Manchester United will all be expecting to take maximum points as they welcome Norwich, Cardiff and Southampton respectively to their home grounds.

For United, a home slip up would be simply unthinkable so soon after the Old Trafford defeat against West Brom, but they’ll be coming up against a team who’ve kept clean sheets in each of their last four games – a run which includes their win at Anfield.

Such form might make it difficult to recommend Robin van Persie (£13.9m), who is interestingly losing support amongst Fantasy bosses.

Take away penalties, and the Dutchman has failed to score in 14 of his last 18 games, a run which is most unlike him and has seen many turn their attentions towards the more in-form and cheaper Wayne Rooney (£10.9m) instead.

No such issues exist at Arsenal though, and they welcome Norwich for a fixture which looks like it’ll guarantee goals.

The back of the next has been hit at least four times on each of the last four occasions that these two have met in North London, and with Norwich having conceded three to Chelsea last time out the likes of Olivier Giroud (£9.5m) and Aaron Ramsey (£6.7m) are sure to see support here. Mesut Ozil (£10.6m) is a slight doubt but should recover.

For Chelsea, the Brazilian Oscar (£8.8m) could again hold the key for them against Cardiff following goals in five of his last seven matches for club and country, whilst Newcastle won’t be relishing the visit of Liverpool to St James’s Park less than six months after the Reds won 6-0 there. Daniel Sturridge (£9.9m) grabbed two of those, and the Reds look likely to welcome most of their injured players back on Tyneside.

Gus Poyet’s Sunderland career starts with a visit to a Swansea side that he could see as a strong reference point for his new team’s future, particularly if he can nurture players as good as home full-back Ben Davies (£5.0m) who has scored two in his last five.

West Ham’s Ravel Morrison (£4.4m) is on a run of two in three, and the ex-Manchester United man will be fired up for the visit of Manchester City, who have already slipped up twice on the road this season and will be fearful of a third.