19 Reasons That You Hate The International Break

1. You Spend Two Weeks Worrying That Your Team’s Best Players Will Get Injured

2. And Then They Do Get Injured

7. You End Up Missing These Two

8. Your Club Is On A Great Run, And You Don’t Want The Momentum To Stop

10. Nowhere Near The Same Passion As Club Football 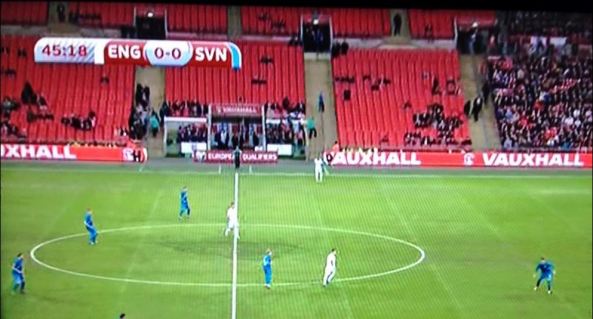 16. The Fact That Someone Actually Brought Their Butler To Wembley The Other Day

19. And Of Course, No Fantasy Football!

FantasyYIRMA.com started out as most random fantasy football leagues do…

People often ask ” What does the name mean? “

“the fantasy league, we have to give it a name”

“I haven’t got a (Insert word of your own choosing ) clue. Sure name it after Yir Ma!”

This statement was thus taken literally and FantasyYIRMA was born!!

Since 2008 more than 10,000 people have now entered a Fantasy YIRMA mini-league.

The main league is free to play and the £100 prize fund is typically paid by the loser in the bet between the FantasyYIRMA admin team.

To take £100 off your mate in a bet is fun- to make him sponsor the league for an entire season …is funnier.

I think it’s fair to say, that if you had told me FantasyYIRMA.com would still be running almost two years after it started I would have chuckled immensely… but it has… we have… and as both the twitter (@FantasyYIRMA ) account and website have continued to grow, it genuinely is a pleasure to be involved in the ridiculously brilliant world of Fantasy Football.

The interaction online from #FPL fans across the world has been fantastic! Our goal now is the same as it was from day one – to try and provide interesting and quality insight and to help create as much interaction around the game as possible. Simply watching the evolution of the game over the past few years as the level of interest continues to grow has been fascinating.

With the Premier League making way for International fixtures this week we are pleased to bring you a Guest Post from FootballTop.com

Latest EPL news have not had significant impact on current rankings of the clubs. The most powerful sides stay in the top of the list. Let’s take a look at fans’ attitude towards EPL clubs according to FootballTop.com – international football rating based on the fans voting.

Chelsea are the leaders of the chart with their 5036 votes. Chelsea reaches first place among EPL fans with their skillful roster of young players. The total value of the team is defined as sixth in the world, so it’s no wonder supporters gave 5036 votes for the club. The other source is believed to be the new interim manager Rafael Benitez, who took over Roberto Di Matteo. The players have already proven the glorious status in tough Champions League final, where they outlasted Bayern Munich at Allianz-Arena.

Going almost heel to heel with the leader, Manchester United gets the premium second place with 4938 votes. This glorious club has already proven to be an English football powerhouse, lately due to the distinctive work of Alex Ferguson. After an epic win of the European Cup in 1999, the club has been a favorite of any competition. That success was followed by a number of domestic titles, as well as another Champions League title in 2008. Wayne Rooney is fans’ favorite with his impressive 2550 votes. He is also one of the most popular football players in January 2013.

Liverpool rating is almost twice as low and amounts to 2567 points. Five victories in the Champions League (the European Cup) as well as three successful UEFA Cups have proven the quality of the Reds. The main power of the team these days is their manager Brendan Rodgers who is doing his best at improving the team’s performance. Despite broad criticism for diving, the Uruguaian forward Luis Suarez has found his predatory striking force. Veteran Steven Gerrard keeps inspiring his less-experienced teammates.

Despite struggling to reach the Champions League spot for the next season Arsenal remain in the 4th place among English clubs according to FootballTop ranking (1468 votes). Quite astonishingly, Andrey Arshavin with his 764 votes appears to be the great source of team’s popularity. Despite lacking silverware in the recent years Arsene Wenger still enjoys the Arsenal Board’s trust and faith of supporters.

The last but not the least on the list is Manchester City with its 367 points. The rating of the club has been quite steady over the recent months. However despite a last-gasp win of the Premier League in 2012 Manchester City still have a lot to prove to football fans. The English champion has been humiliated on European arena for two consecutive years.

With the Premier League taking a break this week for the International fixtures we are pleased to provide a guest post from the team at @FourFourTweet.

@MattDenney87 gives his thoughts on the upcoming match between San Marino and England. 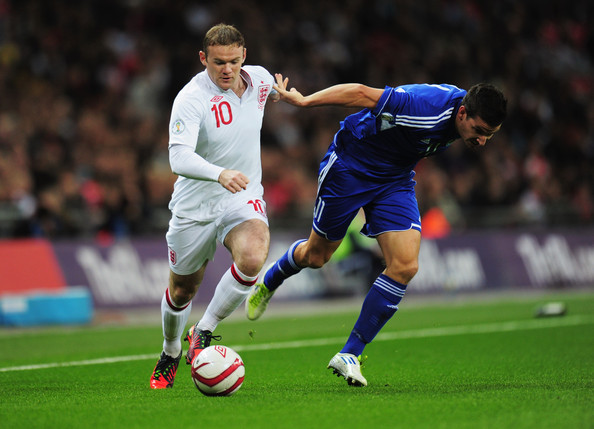 It’s difficult to say what constitutes ‘par for the course’ when you come up against San Marino. After all this is a side that in recent years has lost 8-0 to both Hungary and Finland, hardly heavyweights of modern day world football.

One thing’s for certain, just beating San Marino is not nearly enough.

An incredible 9 countries list their biggest international victory as coming against San Marino. Sadly Wales can’t count themselves amongst that number, sneaking a 2-1 win against them in 2007, a result which was met with widespread criticism by their fans and prompted then Head Coach John Toshack to remark: “It’s very sad that we had to be biting our nails in the last 10 minutes”. Toshack has since moved into management in the Azerbaijan Premier League where things are a little less stressful.

England’s 5-0 triumph against San Marino at Wembley back in October was somewhat underwhelming, not just because Holland stuffed the same opposition by 11 and Germany once rattled 13 past them, but also because England never clicked into gear.

Goalless after 35 minutes, it took a Wayne Rooney penalty to finally separate the sides. A Danny Welbeck strike followed two minutes later. Cue the floodgates opening? Far from it. Another 30 plus minutes of uneventful action trudged by before an eight minute spell deep in the second half brought three English goals and finally put San Marino to bed.

But how much did that late flurry have to do with England raising the tempo and how much was it down to the tiring legs of our semi-professional sovereign state friends? Fatigue will always be a factor for La Serenissima (a nickname which ironically translates as ‘the most serene’). It stands to reason that part timers who don’t enjoy the same level of match day preparation as our pampered stars, will struggle to stay the distance. The stats support this.

10 out of San Marino’s last 12 internationals have seen more goals scored in the second half than the first. Immediately prior to their last encounter with England, the minnows slumped to a 6-0 defeat against Montenegro, conceding four in the second half. A 5-0 defeat to Sweden in 2011 looks one sided enough, but the scores had been level after 45 minutes. That aforementioned 8-0 reverse against Finland came about after just a single goal was scored in the first half, whilst the 11 goal thumping against the Dutch saw the men in orange score eight times in the second period, including four in the last 13 minutes.

There aren’t too many worthwhile bets ahead of Friday’s clash in the Stadio Olympico and I can’t see too many punters rushing to back Roy Hodgson’s men at 1/100, however inevitable victory is. But the 21/20 available with William Hill on the second half of this match being higher scoring than the first may just provide the betting value you’re looking for.

What is your score prediction?? Drop a comment underneath

Reykjavik on a Friday night.

It’s not the most obvious of places to cast an eye over, but there will be more than a few of you keeping up with events in the Icelandic capital at the end of your working week.

At the time of writing, Fulham’s Brede Hangeland features in 13.9% of Fantasy Premier League teams, with John Arne Riise – his fellow defender for both Fulham and Norway – popping up in 8.3% of them.

Given that the amount of Fantasy bosses has now exceeded 2.3million, then that makes for a fair chunk of you who’ll be anxious to hear of the fate of Hangeland and Riise on international duty in Reykjavik, where an injury could wreck your week.

Norway play Slovenia at home next Tuesday too. A pull here or a strain there and suddenly the duo are out of their club sides, and more importantly they throw your plans into disarray as well.

International breaks have long been the scourge of club managers, but what about the problems they cause Fantasy ones?

Without the power of Sir Alex Ferguson you can’t tell the Holland boss Louis van Gaal to leave Robin van Persie out of the World Cup qualifier in Budapest next Tuesday because you’re thinking of making him your captain when Manchester United face Wigan at Old Trafford the following Saturday and you want him to be fresh.

Similarly, Eden Hazard might not have far to travel for Friday’s qualifier in Cardiff, but the Belgian has got another game at home to Croatia on the Tuesday and you want that little assist-making machine in top condition for Chelsea’s highly-charged trip to QPR.

And what’s that Roy? Ashley Cole has got an ankle problem that’s keeping him out of the Moldova game? Good. Now send him back to Chelsea, get them to find all the cotton wool they can get their hands on and don’t you dare think about picking him when England play Ukraine.

Fantasy bosses have to be selfish when watching their players in club action in cup competitions too of course – although you might have a team in one of those leagues on the side – yet somehow it is easier to take when a blow affects one of your boys when in their club colours as opposed to their national shirt. Club 1 Country 0.

For the clubs who lose those players for a week to 10 days, it almost becomes a case of the bigger they are the harder they fall.

Manchester United have published a list of 24 of their players who are on international duty over the next week or so on their website, as have Liverpool for their 19 – which is probably the size of their entire squad as a whole after recent dealings – whilst Chelsea have six in the England squad alone.

It’ll be next Wednesday at the earliest before their managers see all of them again, as air miles are clocked up and tired limbs are transported across all four corners of the globe.

Will they be back in top shape? Has the jet lag affected them? Is it possible for Luis Suarez to get from Montevideo to Sunderland’s Stadium of Light in less than four days? Do they do direct flights?

All are questions that many will consider in the days to come, as eyes dart furiously from Argentina to Amsterdam and virtually everywhere in between.

Is it Reykjavik or bust for your Fantasy team?

It could be both.