No Kane, No Lukaku, No Problems? 12-Week Update

In a season preview piece for this website, (You can read here) I challenged the orthodoxy that at least one of Kane and Lukaku – preferably both – was a must-have in any fantasy team. The savings that could be invested elsewhere, I argued, were such that the lost points on the two big-name strikers could be recouped from other players in other positions. Despite being asked by literally nobody to persist with this experiment, my stubbornness dictated that I would be going as much of the season as I could bear without purchasing either of these two elite forwards; twelve gameweeks in, with my early wildcard a distant memory, Kane and Lukaku remain conspicuous only by their absence.

How has this strategy been holding up? Somewhat inevitably, it has led to frankly ridiculous swings in ranking from week to week. The success in any given gameweek is dictated just as much by Kane and Lukaku as it is by the eleven I have selected; a blank by one or both of them sends me shooting up the rankings, but the pair of them hitting their stride simultaneously spells disaster.

This is evidenced by the mammoth discrepancies in my monthly positions. August saw Kane’s obligatory barren spell – combined with some prolific scoring from my alternative investments, notably the Liverpool trio of Mane, Salah and Firmino, this fired me up to 16,118th for the month. At this point, I may or may not have been guilty of some fairly smug tweets. September punished me cruelly for this; it got off to an inauspicious start when I handed the armband to Mane only for him to get sent off, and it didn’t get much better from there.

Kane and Lukaku ascended to the top of the race for the golden boot, Liverpool stalled badly, and Wenger went through a phase of inexplicable reluctance to give Lacazette consistent minutes: this utterly derailed my progress, resulting in a final monthly ranking of 4,678,952nd. I didn’t know there were that many FPL players.

October was slightly less disastrous, although still far from successful. Salah’s consistent returns and a couple of good Jesus captaincies only sometimes sufficed to keep pace with the duo I was now firmly committed not to employ; a monthly finish around the 2.8 million mark was technically progress, but hardly a ringing endorsement of my strategy.

Naturally, I headed into November an extremely disheartened manager. Flashbacks to my first proper season of the game, where I stubbornly refused to accept that Yaya Toure would continue to score so well, haunted my every waking moment; history was repeating itself on an even more gratuitously self-destructive scale, and I was already drafting an optimistic claim against FantasyYIRMA for lost mini-league earnings.

However, so far, it has been a kind month – the pendulum has swung firmly back in my favour, as Kane has stalled badly and my alternatives have finally stepped up in a way that had been disappointingly lacking since August. I sit inside the top 320k for the month, an effort that has sufficed to finally drag me back inside the overall top million. De Bruyne and Jesus deserve honourable mentions, but it is Mohamed Salah that takes the bulk of the credit; without Kane and Lukaku to tempt me I have captained him in every game this month, and he has rewarded me without fail. 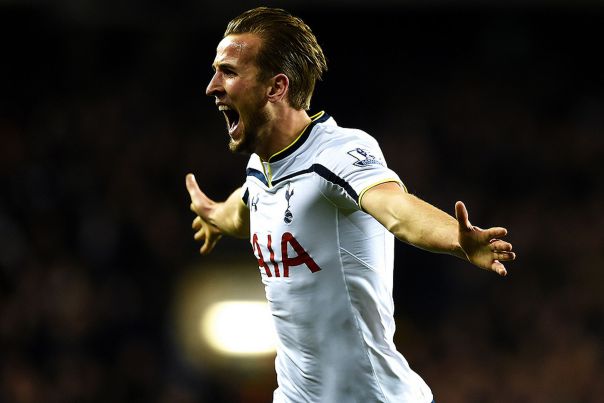 This gives some idea of the volatility of a team without Kane or Lukaku. Certainly I have seen enough to substantiate a claim that shunning the pair of them is a defensible option; it magnifies the rewards when those picked as their differential alternatives deliver, leading to huge jumps up the leaderboards. However, for it to pan out as the best strategy across the course of the season, the alternative picks have to be consistently on the money. Kane and Lukaku will inevitably score in most weeks – this is why conventional wisdom dictates they are necessities – and when this coincides with quieter games from other premium options it can lead to staggeringly poor gameweeks. If they fall back-to-back, it can be crippling. The likelihood of this is increased by the lack of nailed-on starting strikers in other top teams; Jesus and Lacazette have both been left out one too many times to please somebody on my strategy. Firmino has been a regular for Liverpool – ultimately his lower price has been reflected in his returns, however, and his steady numbers are far from ideal when he is used as a Kane or Lukaku replacement. The natural alternative is Morata; he picked up an injury at a time where I really needed him to deliver, but this was bad luck as much as anything else and he probably represents one of the better attacking options from here on in.

The issues with the bold strategy are exacerbated by the emergence of relatively consistent scorers from the budget category, such as Watford’s exciting talent Richarlison. It is a price bracket that Kane and Lukaku owners inevitably have to turn to at some point; when there are options there that post numbers in keeping with the premium midfielders who are taking up my saved money, it poses a serious problem.

Over the course of the full campaign, it seems likely that De Bruyne, Mane and others in a similar bracket will pull firmly away – they will need to do so by a substantial margin, however, if the pouring of the Kane-and-Lukaku savings into my midfield is going to pay off. The only upshot of the emergence of such options from the perspective of my strategy is that I too can avail myself of these players, and consequently take a punt on one of the aforementioned expensive strikers with question marks over game time. It is less of a tragedy when Jesus only gets twenty minutes if I know that the entirety of the rest of my team, as opposed to just the premium options, are capable of picking up the slack; nonetheless, on the whole, the success of a number of budget midfielders makes the strategy harder to execute.

In summary, life without Kane and Lukaku is utter chaos. It does not lend itself to consistency, nor to middle-of-the-road gameweeks: things either go excellently or terribly, and the way it swings is just as dependent on those who have not been selected as it is on those who have been chosen.

There is promise in the strategy, and a better manager than me could have deployed it to greater effect by doing a more successful job of consistently selecting the high-scoring alternative premium investments, but it is nevertheless undeniable that failing to pick Kane and Lukaku is bound to lead to something of an uphill battle at times. It is a battle I enjoy, however, and you can be sure that I will blindly plough on with it regardless of how many more times I plumb new rankings depths.