The guys from @FootballFanCast have provided us with 5 potential Captaincy picks for #FPL Gameweek 16. Check out their Guest Post   Romelu Lukaku The ‘new Jamie Vardy’? With this crazy season, it is a definite possibility that Vardy’s 11-game goal-scoring could be beaten by the now consistent Romelu Lukaku (9.1), who has now scored […]

Leicester’s Jaime Vardy stole my penalty – AND I WANT IT BACK!! 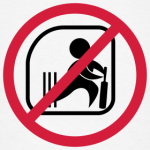 Real life football is out of my control: THE FPL OCD REVIEW

#FPL OCD – Gameweek 4: Real life football is out of my control by @JohnOC1991 Give John a follow on twitter at @JohnOC1991 The international break. Is there a worse time as an FPL manager? The summer maybe, but we are all aware of that, we have time to prepare for the lengthy break, a […]

Who needs Manchester City’s Aguero when you’ve got Charlie Austin!!

GW17 FPL REVIEW FROM @FANTASYGAFFER The last match before we enter the hectic three-GW, seven-day Christmas programme saw a dominating performance from Chelsea, as the Champions-elect ran out 0-2 winners at The Brittania. John Terry opened the scoring early, heading home a Cesc Fabregas cross on 2′. While the goal was a welcome bonus for […]

Fantasy Football: Michu to who?…bless you! 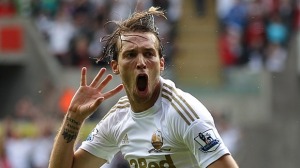 Swansea manager Micheal Laudrup watched his opposition draw to the now former champions Manchester City 0-0 on Saturday and revealed he now has no option but to field his squad without his top scorer and currently most selected FPL player, Michu.

The Spaniard has managed to net an impressive 21 goals from the midfield position during an absolutely immaculate first season in English football and has gained several plaudits with his ‘Magic touch’ and not to mention has been one of the bargain buys of the season being signed by the Swans for only a fee of 2 million pounds! However, he had to be withdrawn during the second half of the league game against City carrying a hamstring injury. In his post match press conference Laudrup said-  “He has a hamstring problem. I am not sure if he has torn it but even if it is less than that, this will be his last game of the season”

It’s now nearly the end of a stressful season of FPL and the last thing that we that we could have possibly asked for is yet another injury to our long list of woes! And I’m sure the vast majority of you are already considering who to bring in for GW1, of next season, however it’s time to focus on the present and attempt to replace the lad, which is not going to be an easy task given the fact that he’s currently the cheapest FPL attacking player on the dream team! However, it’s a task which simply cannot be avoided.

What to consider from the players you pick-

Towards this stage of the season, consistency is only a minor aspect to consider! The main reasoning one should be putting in before making any changes at this moment of time is if the player has relatively easy fixtures in the up and coming 2 GW’s and that is mainly what the list below is based on!

Players you should consider-

Going through the list of possible midfield options within  £1.5M of Michu’s current value, I have picked the following players as potential options to replace the Swansea talisman from now up until the end of the season- 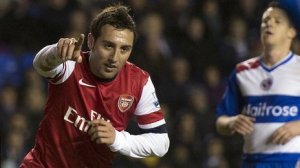 Yet another Spaniard who’s endeared himself to his team’s fans is Santi Cazorla, having hit the ground running in his first year in English football, acquiring an impressive 12 goals and 9 assists for the Gunners since joining at the start of the season , he looks more than capable to add to his tally and help his team secure a place in the top 4! However, a recent slump in form has seen several FPL managers part company with him causing his price to drop considerably from £10.1-£9.5 Million, fixtures do look to be in his favor playing Newcastle and Wigan, both in the relegation scrap, which could really benefit those who do choose him to be the one to replace Michu. 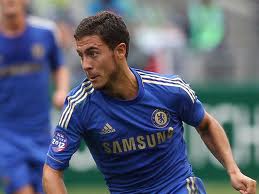 Eden Hazard is one of the latest Belgian success stories in the premier league.  Having such an immaculate start, his drop of form in the middle season was rather disappointing, however he has recently been on an impressive run of form and could be the right man to join your FPL team as his next games are to Aston Villa and Everton. I honestly wouldn’t be surprised to see him rack up a descent tally of points and finish the season in style! 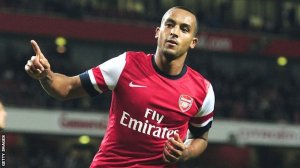 Walcott has had his best season in Arsenal colours, being the clubs top scorer and even being compared by his manager , to a certain French lad who wore the infamous number ’14’ on the back of his shirt! However, his injury and slight dip in form has seen his price fall down to an extremely attractive £8.8m at the moment he’s on a half descent run of form. He finishes this season playing Newcastle and Wigan, which are must win games for the gunners if they are to stand a chance of finishing in a Champions League positions and he could, yet again, step up to the plate and be a vital part of his teams ambitions of finishing in the top 4! 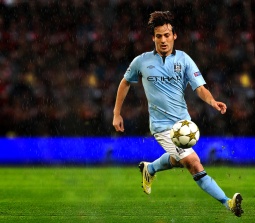 Yet another one of the several Spaniard to have graced the premier league, is David Silva despite not reaching the standards he had managed to set for himself last year, in a rather dismal season he might well be finishing the season in flying colours! Despite the fact his City have had a rather poor season and have nothing much really left to play for in the league, they finish this season playing Reading and Norwich. Now priced at an descent £9.2M I’d be surprised if Silva didn’t hit some big points for your FPL team and help City secure that 2nd place position. 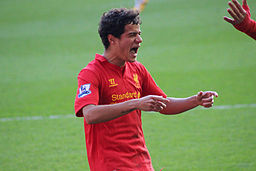 Philippe Coutinho has been an instant success at Anfield since joining in January.

The Brazilian international, has lit up Liverpool‘s side with attacking flair and has managed to build a stunning partnership with both Luis Suarez and Daniel Sturridge in only three months. However, with Suarez injured himself and Sturridge will have to rise to the occasion for Liverpool and will have to be key in their goals of finishing in a Europa League place! He even comes at a mouth watering £6.7m and could be set to light up your FPL teams finish to this season.

Many thanks for reading my guest post on FantasyYIRMA.com, feel free to give me a shout if you’ve got any queries in choosing between the bunch or anything FPL related on twitter  @Fplmaestro Hopefully we all have a stunning finish to brilliant season.

CHECK OUT OUR GOAL OF THE SEASON POLL – WHO GETS YOUR VOTE?? CLICK HERE TO VIEW THE CONTENDERS

Fantasy Football: The “must have” Midfielders !

There is a wealth of information out there now related to Fantasy Football. The good news is that so much of it is well worth a read when considering changes for your #FPL squad. This article is no exception, a fantastic guest post from @fpl_mentor on the Midfielders your team needs to be thinking of! The link at the bottom will take you to the original article. Highly recommended.

As always if you have an article you would like to feature on FantasyYIRMA email Ryan at FantasyYIRMA@hotmail.com or contact us via twitter @FantasyYIRMA to discuss.

Must Have FPL Players – Midfielders

If you’ve been following my team over the last few weeks, you’ll know that I used my January wildcard in GW22. One of my main objectives was to come out of DGW22 and DGW23 not only having exploited them as much as possible, but also to end up with RVP and my dream midfield.I say my dream midfield, but it’s turned into somewhat of a template midfield in FPL terms – the Magic 5 of Mata, Walcott, Bale, Michu and Fellaini.

Having said that, the player with the lowest owned % of the 5 is Gareth Bale at 16.7% so that’s the absolute maximum % of FPL managers who have this midfield. Realistically it’s more likely to be closer to the lower end of the 5-10% range at most, if even that, so it’s not quite as common a 5-man midfield as you may have been led to believe.
So why is this 5 so special then? What makes them the ‘Magic 5’?
Let’s have a look at some of the important figures – minutes played, total points scores, and most importantly in my opinion, the number of points they score per 90 minutes played.
I’ve taken the 10 highest scoring midfielders so far this season so you can see how the Magic 5 compare to the other 5 that make up the top 10. The following table shows all 10 listed in descending order according to their total number of points. Ignore the 2 columns on the right for now, I’ll get to those shortly.
The ever-consistent Juan Mata leads the way on this one, as you probably already know. This is just so you can see who makes up the top 10 more than anything. You might have expected the Magic 5 to be filling the top 5 spots but this isn’t the case, with Cazorla, Gerrard and Hazard joining Magic duo Mata and Michu in there while Magic trio Walcott, Bale and Fellaini only only take up places 6, 7 and 8 in this rankings table.
So why aren’t Cazorla, Gerrard and Hazard in the Magic 5 then? Don’t they deserve to be if they’ve score more points than Walcott, Bale and Fellaini??
Link to original article to Read more »