Arsenal, Chelsea and a Liverpool Whisper??

A regular start time for the GW, a regular preview column for your greedy eyes. Keep in mind, GW16 – GW18 will run from Saturday to the following Sunday as midweek action remains a staple of the festive period. Regretably, picks are for GW16 only, which means two more of these previews will be available for you next week! Fun fact: Arsenal are 10th in the Away table with a 2-1-4 record and -4 differential. Southampton are 10th in the Home table: 3-2-3 and +1. Did this stop me from transferring out Silva and Jesus for Ramsey and Lacazette? It. Did. Not.

Maguire is second in the squad with three assists (Mahrez – 7) and did score back in GW2 home against Brighton. While Newcastle have only allowed eight goals in seven home matches, they’ve also only scored seven themselves. Maguire is good for either a clean sheet or an assist in this one with the outside chance he’ll add some BPS. He’s only been bonus-worthy three times this season but 2BPS came in the cleansheet last weekend when he did not score or assist Leicester’s lone goal. A welcome sight for his ownership (8.3%).

Last week’s midfielder pick popped two goals and added 3BPS en route to a 15 point return. Hazard struggled to acclimate following his return from injury – running off 1-2pt performances in five on the spin before notching an assist in GW9. Since then? 11, 3, 18, 8, 1 (in 9′) and 15. Five goals, three assists and 12BPS. The cherry on top? When he hits the bonus it’s been for the full 3BPS every time. Another good shout for Captain this week if you’re in the 12.4% who’ve already invested. 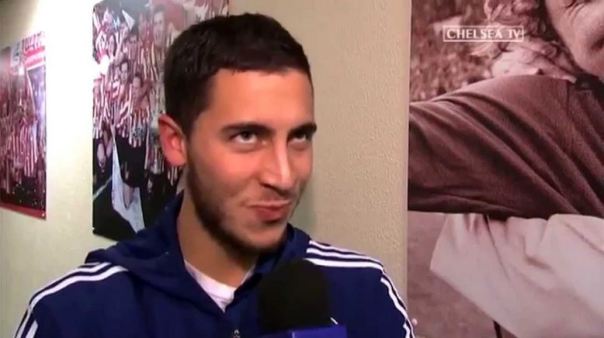 Laca has eight goals in 1029′ this season – good for a goal every 129′. Add in his one assist and he’s been involved in a goal every 114′. Even more impressive is that he’s not gone three matches without a goal all season and has gotten it done in full matches and cameo appearances (notably goals in 34′ against City and 45′ against Huddersfield). If you’re playing in Togga’s Perfect XI then Alexis is the Forward you want to own here, but the French international is in great from with seven shots on target in his last three while also creating three chances in that span.

Football Whispers have Gone big on another forward –

check it out HERE

It seems like every match a different Liverpool player is getting it done. That, or Mo Salah. But Mane is every bit as good as his new running mate. With four goals and three assists in 600′, Mane is involved in a goal every 86′. In fact, this season he has played 70’+ in seven League matches in failed to score or assist in just two of those. His 88′ against Stoke in GW14 resulted in a goal and an assist to go along with 3BPS. He’ll have to come through Liverpool’s midweek UCL clash unscathed, but expect to see Sadio in the starting XI for the Merseyside Derby and on the score sheet at the final whistle. Also worth noting, he has 5BPS over his last three League starts.

With all of the focus this season on Xherdan Shaqiri (last week’s ‘Outsider’ who hit 8pts) and EMCM, Diouf’s exploits have been underreported. It doesn’t help that he has gone five appearances without a goal twice this season, most recently GW10-15 when he also failed to record an assist. But the last time he went on a run he hit three goals and an assist in GW7-9, notching 4BPS as well. His goal against Swansea could kick-off another nice run. £5.6, 5.5% selected; he’s a differential for the next two with few if any managers will to risk him at Spurs and at Burnley. He does get West Ham and Brom both home in GW18-19. I’d be comfortable adding him as my FWD3 now if I need immediate capital for that gangly blank artist at Tottenham. Also, Spurs haven’t kept a League CS since GW 11, conceding six in total to Arsenal, West Brom, Leicester and Watford.

34% owned in Togga’s draft format, Lingard in averaging 19.67 PPM over his last three league fixtures. In a format where KDB is averaging 19.79 PPM for the season, it doesn’t take some sort of math genius to recognize that Lingard is doing the most with his limited opportunities. Will he be the biggest threat in the Manchester Derby? Of course not, but he’s likely the only United starter who is available off the waiver wire in your league, has an outstanding shot at starting in Pogba’s absence, and is unlikely to be the focus of Pep’s defensive tactics. All that means he’ll have the opportunity to create chances (he created seven against Watford GW14) or nick the odd goal (he had two GW15 against Arsenal). Three goals, three assists in 391′ is not sustainable but it doesn’t need to be for Lingard to provide your XI a boost this week. City (H), Bournemouth (H) and West Brom (a).